‘That’s not my dream anymore.’

Samir Soni gives us a glimpse into the struggles he faced in his early acting career in his debut book, My Experiments With Silence: The Diary Of An Introvert.

Written as a diary, it takes us inside his mind and his turmoil as he tried to become a hero in a film industry that didn’t quite take notice.

But after the early bumps, life did turn around.

He tells Ronjita Kulkarni/Rediff.com, “The reason I didn’t do more work before is because maybe I was scared of rejection or failure. What will people say, why is he playing such a small role, or a negative role or an old man…”

When did your life turn around?

To be honest, if you’re an introvert, that never happens, right?

I mean, if you’re really honest to yourself, you’re always struggling.

Only now I feel a little more well settled; I’m mentally at peace.

But otherwise, I’ve always seen myself as a struggler.

That’s a good thing for you professionally because you get better, but it’s bad for your mental health.

But yeah, there have been some lovely moments.

Baghban being a hit was a lovely thing that happened in my life.

Jassi Jaisi Koin Nahin was a tremendous thing because it made me a household name.

Fashion got me tremendous critical acclaim.

In Bigg Boss, I was loved by everyone. How does an introvert survive in a reality show like Bigg Boss, living your life in front of the camera 24/7?

Bigg Boss is one of the best experiences of my life.

They used to call me every season, but I went in its fourth season.

I was going to get married to Neelam then. I mentioned to her, and she said, why not.

I thought I’ll do it for a few weeks and then in December, I’ll come back and get married.

That became a long, lovely journey.

I didn’t have a phone with me so no one could get in touch with me. For an introvert, that’s a dream come true!

The people around me were fascinating.

Manoj Tiwari was there.

Ashmit Patel was there.

Shweta Tiwari, who won, was there.

The guy who defended Kasab was there (Ajmal Kasab’s lawyer Abbas Kazmi).

Where would you ever get an opportunity to stay in a place which has no clocks? Even prisons have clocks.

You are living in a world that is totally cut off from the rest of the world. You can never get this experience again.

So I just cleaned toilets for 100 days and learnt about people.

In Fabulous Lives of Bollywood Wives, we got a glimpse of the private person that you are. You don’t like to go to parties much.

My drawback is that I can’t network.

I don’t wear it as a badge of honour but it is a shortcoming.

Earlier, I used to get anxiety attacks when I would go to parties. What did Neelam have to say about your book?

I think Neelam hasn’t read it, she has browsed through it.

She has seen my anxiety issues, and she understands that.

Her personality is quite different from mine. Her taste is different too.

She finds it too dark. But she is seeing people appreciating it and she is happy for me.

People are starting to realise that Depression is a medical condition. How do you get past it?

The funny thing is that a man can go to office, come back, have two pegs of whisky and that’s normal. But if he goes to a psychiatrist and takes medicine, that’s a taboo.

What sense does that make?

But I do understand this because at the end of the day, India is still an emerging country.

Majority of the people are still struggling to make ends meet.

They don’t have time or bandwidth to think of mental health.

A rickshaw driver working 20 hours a day, trying to earn food for his son, do you think he has the luxury of thinking he is feeling anxious?

That’s why this is more open in countries where the main issue is not making ends meet.

Mental health is not a priority in India and I totally get it.

It will take time.

It has its own place in urban areas, and I hope this book reaches out to them.

I don’t think my book will make sense to the rural people.

I don’t think it’ll make sense to my own mother! (laughs) Are you in a happy space today?

The happiest part of the day for me is when I’m lying in bed with my daughter, my wife and our dog, and watching TV. I am in heaven!

You are doing a lot of work these days.

Yes, that’s because of the change in my attitude.

The reason I didn’t do more work before is because maybe I was scared of rejection or failure.

What will people say, why is he playing such a small role, or a negative role or an old man…

Then I asked myself, what do I really enjoy?

So I said, so stop judging it and do it.

That’s why I’m doing far more in the last one year.

I’m doing stuff that normally, I would have never even looked at.

Now, I do it because after going through whatever I did, I have realised what makes me happy and what doesn’t.

I like being a part of the creative process.

I don’t want to be the greatest actor or the biggest star.

That’s not my dream anymore (laughs). 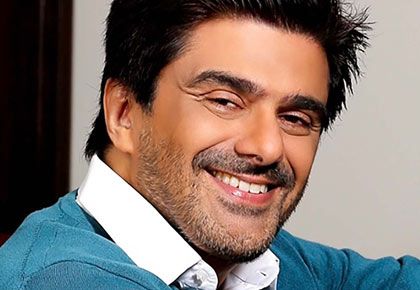 The REASON why Taapsee-Bhumi took up Saand Ki Aankh