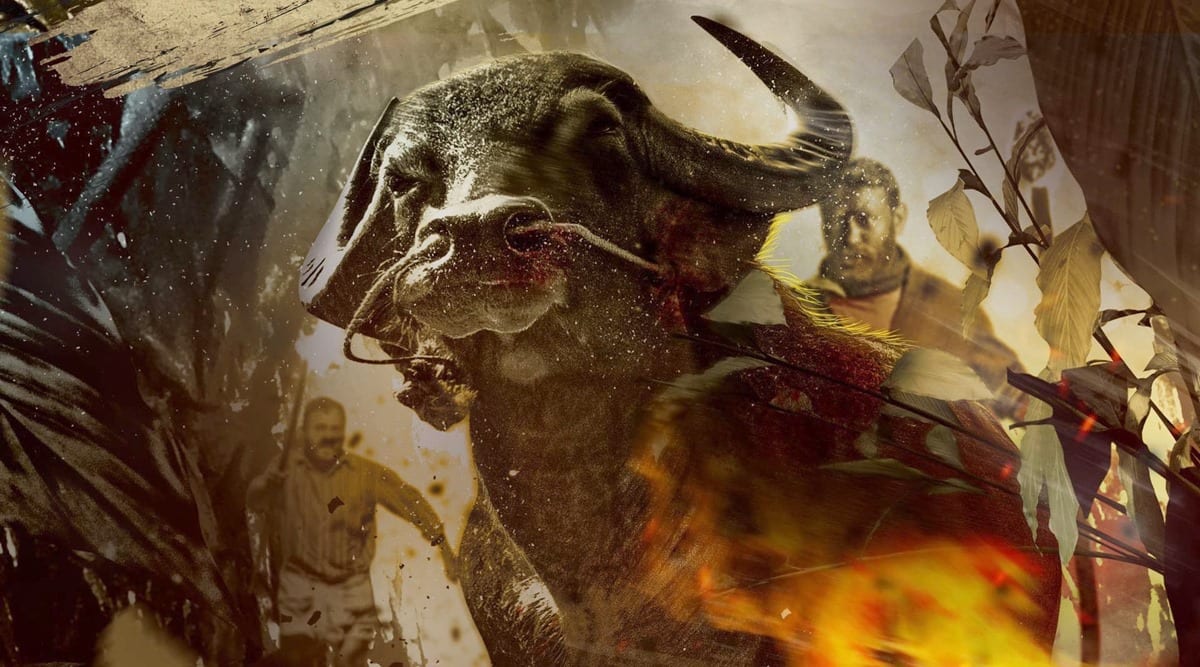 Malayalam film Jallikattu is India’s official entry for the 93rd Academy Awards in the Best International Feature Film category. The film beat out 26 other films, including The Disciple, Shakuntala Devi, Chhapaak, Eeb Allay Ooo!, Serious Men, Bulbbul and Gunjan Saxena. It was chosen for its depiction of the “raw side of human beings, that we are worse than animals,” said Rahul Rawail, chairman of the Film Federation of India jury which selected the film.

Jallikattu is about the violence and depravity that lurks just beneath the surface of everyday life. In the film, this side of human nature is revealed when a buffalo escapes just as it’s about to be slaughtered. Chaos ensues as the animal runs amok and with everyone in the village chasing after it, social order is upended, old feuds come bubbling to the surface, and all pretence of civilisation is swept aside. Set in Kerala’s hilly Idukki district, the 2019 film is based on the 2015 short story Maoist by S Hareesh, who won the prestigious JCB Prize for Literature this year for his novel Moustache (original Malayalam title Meesha). Jallikattu has been widely praised for its direction by Lijo Jose Pellissery and the lead performances by Antony Varghese and Chemban Vinod Jose. While making the announcement, Rawail also praised the film’s technical aspects and production values.

Reacting to the news of his film’s entry into 2021 Oscars, Pellissery told The Indian Express, “I am very happy for every single person who worked on the film. We all ran together for this.” Jallikattu premiered at the Toronto International Film Festival in September last year. Pellissery, whose previous films include the critically-acclaimed Angamaly Diaries (2017) and Ee. Ma. Yau (2018), won the Kerala State Film Award for Best Director for Jallikattu in October this year.

Hareesh, who also wrote the screenplay of the film, along with R Jayakumar, said, “I am doubly happy, as I won the JCB Prize only two weeks ago. Of course, this is a director’s film and there are differences, as there will be between literature and cinema.” Jallikattu is Hareesh’s first collaboration with Pellissery. “He told me that as soon as he read the story, he knew he wanted to adapt it as a film,” said the writer. The duo’s second film together is the upcoming Malayalam science fiction film Churuli. Hareesh wrote the screenplay, which is based on a story by Malayalam writer Vinoy Thomas.

Ranveer Singh on Karan Johar’s Takht: It’s going to be special because film has a stellar cast