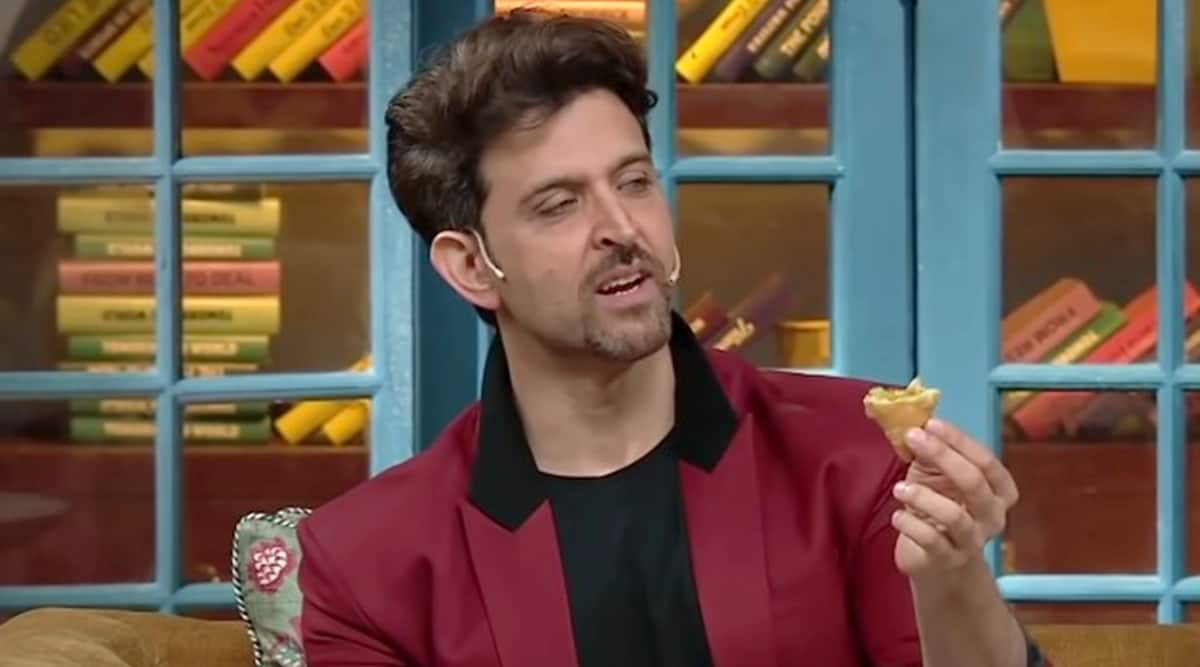 Hrithik Roshan is no different from his fans. This, because just like anyone else, even he loves his food and misses eating samosas. The War actor, who’s been giving a lot of sneak peek into his personal life during the lockdown and even later, has now shared a glimpse of the foodie inside him.

Hrithik on Tuesday, shared a click on Instagram where he’s engrossed in looking at his laptop screen. Seeing the star being this thoughtful, anyone would believe that Hrithik is either reading a film script, or working on his professional commitments.

But his caption bursts the bubble as he reveals, “Don’t be fooled by the serious face. It’s a menu. #itakemyfoodveryseriously #missinmysamosas.”

Even fans couldn’t hold back their replies. While one user wrote, “That nose is so sharp, it could actually cut the potatoes for your samosas,” to which the actor replied, “comes with collapsible nostrils.” A fan refused to believe Hrithik eats the friend snack, “You want us to believe u eat samosas.” The actor answered, “Is there anything better?” “Yep I agree it’s only food that makes you concentrate like you are sitting for a life exam,” wrote another person.

Hrithik has also been honing the singer and pianist in him. In 2020, he posted several videos where one can see him crooning and trying his hands at the keys.

Hrithik and choreographer-filmmaker Farah Khan announced their new collaboration recently. Farah took to social media to reveal that the duo is joining hands for a commercial. The TVC is a reminiscent of Hrithik’s stint in Agneepath’s famous track “Deva Shree Ganesha.” The actor is seen in traditional Indian attire as he sways to the music.

Hrithik is currently prepping for Siddharth Anand’s actioner Fighter, which will see him sharing screen space with Deepika Padukone for the first time.

Here's Who Won the Iron Throne on 'Game of Thrones'