When the iconic Rajnikanth roars into a film, there is bound to be an added pressure.

But the very saleable A R Murugadoss was ready for it in his next film, Darbar.

He claims Rajnikanth plays a role like never before.

“The whole idea of us coming together was to create something that would satisfy his fans. After all, he hasn’t been seen in any film for year — his last release was during the last Pongal,” Murugadoss tells Subhash K Jha.

Then began the brainstorming.

“We decided on bringing him back as a cop after 20 years and a really dark, mean cop. I decided to make it a crime investigation drama with a lot of unusual fights and action,” he adds.

Rajinikanth instantly approved of the script but he had a condition: “Do not dilute the plot just to please the audience,” Murugadoss quotes. “Rajini sir wanted it to be as raw and real as possible, so he asked me to make a few changes in the script, which I happily did.”

Darbar was shot completely in Mumbai.

“Rajini sir plays a cop in Mumbai. We shot the entire film on the streets and other outdoor locations of Mumbai. How did we avoid the crowds? We shot in the early mornings and during weekends. It must have been tough on Rajiniji but he is a fighter. He will never give up, no matter what,” says the director of blockbusters like Ramanna, Ghajini, Stalin, Thupakki and Stalin.

Murugadoss had Mumbai at his feet after Ghajini in 2008. Aamir Khan wanted to work with him again, and Shah Rukh was keen as well. So what happened?

“Well, yes, they wanted to work with me,” laughs the director. “But the problem was that they already had four-five films on the floor. Rather than wait for Bollywood A-listers, I decided it was best to make films in Tamil. And tell me, in today’s day and age, what is the difference between a Hindi, Tamil, Telugu or Bengali film? The language barriers have been broken. People in remote villages of Tamil Nadu watch Korean films.”

Darbar is dubbed in several languages, including Hindi.

“We are releasing on January 9, ahead of Pongal so that the audiences can avail of the festive week. I am aware there are other big films releasing that week, like Mahesh Babu’s new film. He’s such a big star in Andhra,” the director says.

Subhash K Jha has written about movies and movie stars for more than 40 years. He can be reached at movies@rediff-inc.com 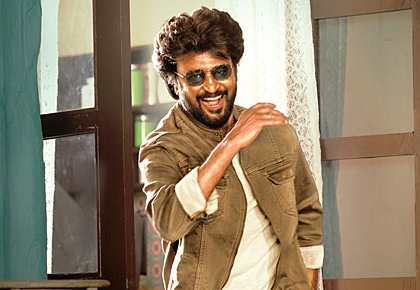 ‘Big Brother 20’ Spoilers: Will The Final Houseguests Be Met With A Bitter Jury?

Who rocked the nauvari look? VOTE!

Will Mahesh & Allu Arjun Do This Cross Promotion?