Gullak 2 showcases the story of a middle-class family living in a small town in north India. Narrated from the perspective of an earthen piggy bank, the series stars Jameel Khan and Geetanjali Kulkarni in the lead roles. 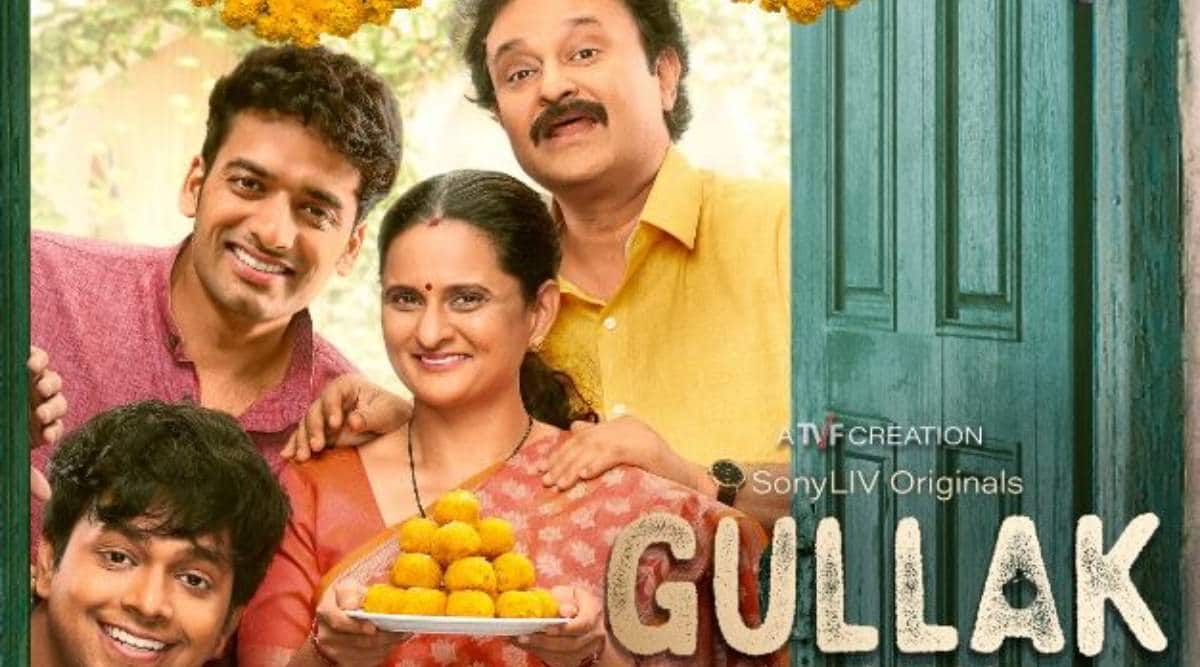 At a time when stories around guns and gangsters, packed with violence and crude language, dominate the OTT space, the second season of the TVF and SonyLIV web series Gullak “aims to cater to the family audience which is looking for clean entertainers.” Director Palash Vaswani and writer Durgesh Singh believe it is the “simplicity” of their show which makes it stand out from the dark and gory content on streaming platforms.

Just like the first season, Gullak 2 showcases the story of a middle-class family living in a small town of north India. Narrated from the perspective of an earthen piggy bank (gullak), every episode brings to light different anecdotes from the daily life of the Mishra family.

When indianexpress.com asked Palash Vaswani about the show that has more emotions than action, he shared, “Arunabh Kumar (Producer and Founder, TVF) asked me some tough questions and finding answers to them helped me make a show like this. The thing is Arunabh always tries to find honesty in a story. That is the crux of TVF, and this is what the team working on Gullak tried to bring in the show as well.”

He added, “My effort was to take the show a notch higher without touching the sanctity of the first season. What we tried to do with the second season is to build a deeper character arc while expanding its universe.”

Palash believes it is difficult to pull off a simple narrative in comparison to a twisted plot. But what made his job easier was, “a talented cast who actually were like a family and emotions flowed naturally among them.” So, he only “had to capture those emotions beautifully on the screen.”

Gullak 2 is a pleasing watch which seldom gives you moments to laugh out loud but often leaves a pleasant smile on your face. When we asked writer Durgesh Singh if it was a conscious effort on his part, he replied, “Meaningful humour has a longer shelf life which is why you will still remember the dialogues of Hrishikesh Mukherjee films. For instance, I still remember the dialogues from movies like Chupke Chupke and Guide. But what has happened to humour today is that it has become too loud. So, we didn’t want to do slapstick comedy. Our dialogues have such honesty and a relatability factor that people will be left with a smile on their faces.”

Aly Goni on Bigg Boss 14 exit: Would have never budged if it was anyone other than Jasmin

When Daniel Radcliffe said Harry Potter turned him into an alcoholic, revealed details about sex life

Earth’s origin story? Space probe retrieved by Japan may reveal more about birth of our planet