Ray Liotta, an actor best known for his role as the hustler-turned-mob snitch Henry Hill in Martin Scorsese’s GoodFellas, has died.

He died in his sleep in the Dominican Republic, where he was shooting the film Dangerous Waters.

According to The Hollywood Reporter, Liotta was also memorable as Ray Sinclair, the violent ex-convict husband of Melanie Griffith’s character, in Jonathan Demme’s Something Wild and as cop Matt Wozniak on the 2016-2018 NBC cop drama Shades of Blue.

‘I am utterly shattered to hear this terrible news about my Ray,’ Lorraine Bracco, who was a co-actor in GoodFellas, tweeted. ‘I can be anywhere in the world & people will come up & tell me their favourite movie is GoodFellas. Then they always ask what was the best part of making that movie. My response has always been the same … Ray Liotta.’

Scorsese wrote in a statement sent to The Hollywood Reporter: ‘He was so uniquely gifted, so adventurous, so courageous as an actor. Playing Henry Hill in Good Fellas was a tall order, because the character had so many different facets, so many complicated layers, and Ray was in almost every scene of a long, tough shoot. He absolutely amazed me, and I’ll always be proud of the work we did together on that picture. My heart goes out to his loved ones, and it aches for his loss, way too early.’

Jamie Lee Curtis tweeted: ‘Ray Liotta has died. His work as an actor showed his complexity as a human being. A gentle man. So sad to hear.’

Jennifer Lopez, who co-starred with Liotta in Shades Of Blue, tweeted, ‘Ray was my partner in crime on Shades of Blue … the first thing that comes to mind is he so was kind to my children. Ray was the epitome of a tough guy who was all mushy on the inside… I guess that’s what made him such a compelling actor to watch. The original Goodfella.

‘We shared some intense moments on set those three years! When I first heard he took the job on Shades of Blue I was thrilled, and the first time we walked on set to do our first scene together there was an electric spark and a mutual respect and we both knew this was going to be good.

‘We enjoyed doing our scenes together and I felt lucky to have him there to work with and learn from. Like all artists he was complicated, sincere, honest and so very emotional.

‘Like a raw nerve, he was so accessible and so in touch in his acting and I will always remember our time together fondly. We lost a great today … RIP RAY… it’s so sad to lose you what seems way to soon.

‘I will remember you always. Sending so much love and strength to your daughter Karsen, your family and all your loved ones.’

Raymond Allen Liotta was born in the city of Newark on December 18, 1954. He was adopted from an orphanage when he was six months old. 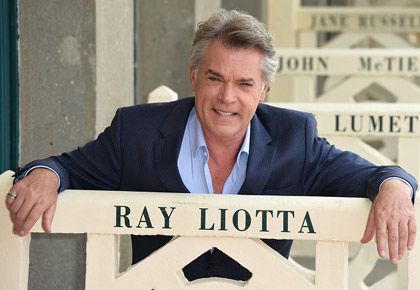 Ever seen Alia in a bikini?!

Serie A campaign could be spread over two seasons

Sri Lanka have forgotten how to win games for many years: Muralitharan

Munger violence an attack on Hindutva, why is BJP silent on it: Shiv Sena slams former ally