After the action-packed first trailer of Godzilla vs Kong set to a thumping hip-hop song, the new trailer is shorter and quieter. Watch it here. 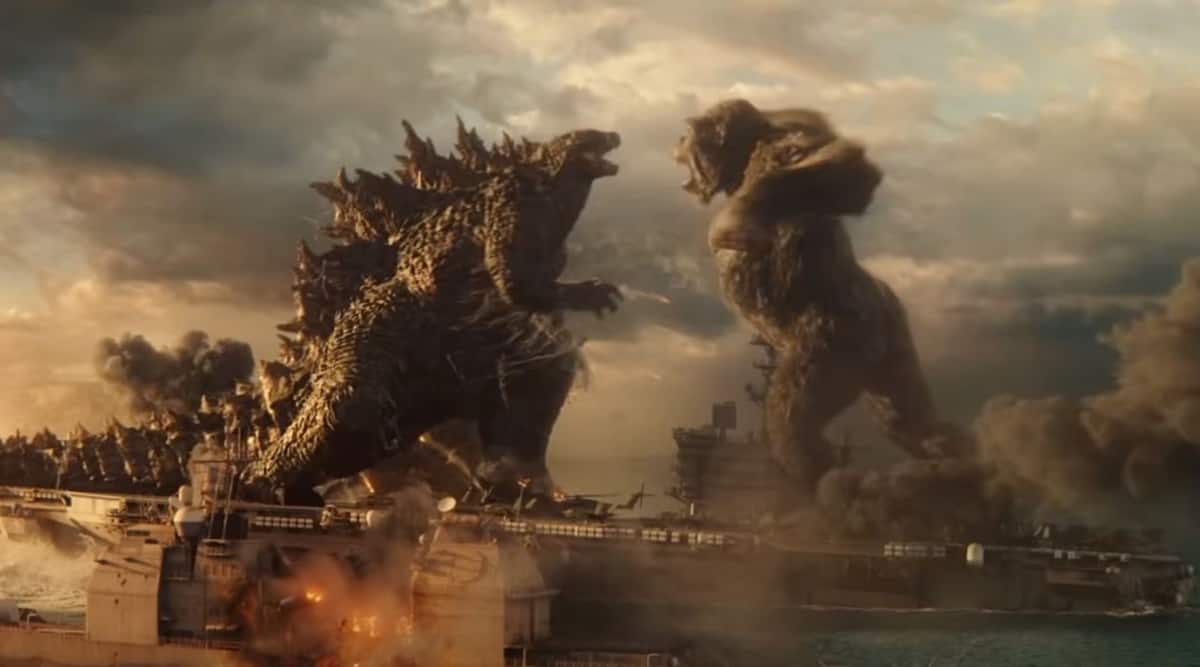 A new Godzilla vs Kong trailer is out. After the failure, both critical and commercial, of Godzilla: King of the Monsters, the future of Legendary’s MonsterVerse looked uncertain. But it took one trailer promising the showdown between two iconic movie monsters — Kong and Godzilla — to restore fans’ faith in the franchise, at least temporarily.

After the action-packed first trailer set to a thumping hip-hop song, the new trailer is shorter and quieter. While the original trailer had Kong getting the better of Godzilla, the new one shows that the job of the giant ape is not going to be easy.

Godzilla, after all, is a walking nuclear plant that can destroy anything in its path, thanks to its signature radiation attack called the atomic breath. The only way to save yourself is to duck or dodge. Or use a shield?

The clip has Kong being defeated by Godzilla at one point. The girl who can ask it to do things, the only person to willingly make it do anything, asks him to be careful.

Perhaps, her pleas will inspire Kong will make a little shield out of one of Godzilla’s dorsal fins to get protection against the atomic breath.

Whatever the outcome, the movie looks like the one that is going to be worth watching on the biggest screen one can find. The visual effects look fantastic, and the clash (or more likely, clashes) suitably titanic.

We still do not know why Godzilla goes crazy. It is so far being project as under the influence of somebody else and Kong is the only one who can save the world.

Fans have chosen their sides on social media sites. And, needless to say, there is a lot of excitement among the fans. For there is one movie that might actually end up saving theatres.

One user shared the image of a prone Kong and wrote, “This is what happens when you challenge the King of the Monsters.”

One other wrote while sharing the screenshots from the trailer, “The new #godzillavskong footage is bonkers and still doesn’t seem to be showing too much. ”

The official synopsis of the movie reads, “Legends collide in “Godzilla vs. Kong” as these mythic adversaries meet in a spectacular battle for the ages, with the fate of the world hanging in the balance. Kong and his protectors undertake a perilous journey to find his true home, and with them is Jia, a young orphaned girl with whom he has formed a unique and powerful bond. But they unexpectedly find themselves in the path of an enraged Godzilla, cutting a swath of destruction across the globe. The epic clash between the two titans—instigated by unseen forces—is only the beginning of the mystery that lies deep within the core of the Earth.”

‘It’s the cleanest film I have ever made’

Coronavirus outbreak: Anupam Kher returns from the US, opts for self-isolation