GLOW has returned to the ring for season two and we’ve already waxed lyrical about how it sees the wrestling comedy become one of the best shows on Netflix.

Loosely based on the real-life professional wrestling circuit, the Gorgeous Ladies of Wrestling, the show follows former best friends Ruth (Alison Brie) and Debbie (Betty Gilpin) as they try to make a season of their cult wrestling show.

But can we expect more adventures in and out of the ring? Here’s everything you need to know about season three so far.

GLOW season 3 release date: When can we expect it?

Season two has been garnering the same kind of critical acclaim as the first season, so as long as it proves to be a hit with audiences too, we can expect Netflix to renew it for season three. 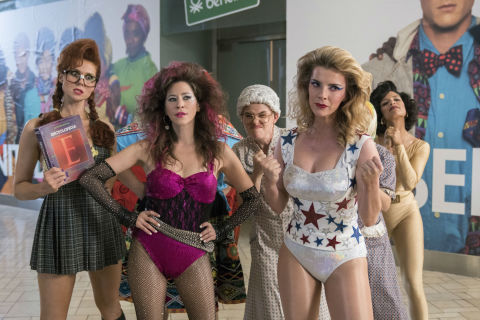 The first season arrived on June 23, 2017 and the second season will land on June 29, 2018 (after being officially renewed on August 10, 2017) which means that barring any lengthy delays in renewing the show, we can expect to see season three premiere on Netflix in late June 2019.

This isn’t Game of Thrones, so there were no major exits in season two and we can expect all of the main players back for season three. 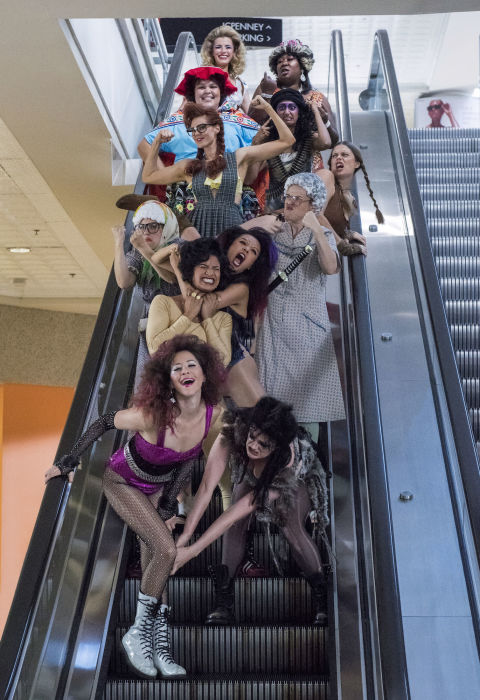 Season two will also see the arrival of Shakira Barrera as Mexican-American dancer/stripper and out-and-proud lesbian Yolanda, joining the cast of the show-within-the-show as the replacement for Cherry.

The future for Britt Baron as Sam’s daughter Justine Biagi isn’t as clear as the season two finale saw her head back home with her mother Rosalie (Annabella Sciorra).

GLOW season 3 spoilers: How does season 2 set it up?

Season two begins with everyone settling down to make 20 episodes of their show following a successful pilot episode in the season one finale. 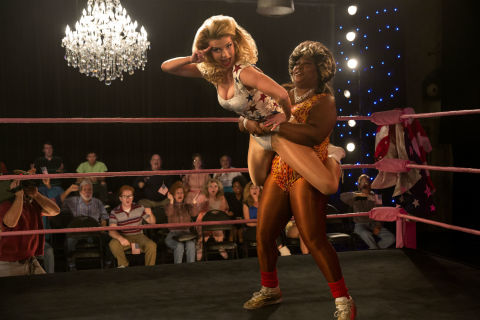 However, things aren’t as simple as that, as while they all deal with their own personal issues (such as Ruth and Debbie’s simmering feud), Sam and Bash find themselves having to battle with TV executives to keep GLOW on the air in the face of time-slot changes and criticisms of the show’s sexualised nature and content.

The season two finale sees them try to persuade another network to pick up GLOW by putting on a major show that initially features the wedding of Britannica to a super fan, before Bash intervenes and professes his love for her and the two get married to prevent her being deported.

Bash’s eagerness to get married and confess his love for Rhonda follows the death of his best friend and butler Florian from AIDS, leading some to think Bash might be hiding his true sexuality.

“I feel like Rhonda is such a go with the flow, live in the moment kind of person, it be will be interesting to see what happens when she finds out about Bash’s sexuality. His butler, his best friend, died of AIDS, it’s a very sensitive subject that I think he hasn’t really acknowledged,” Nash told Digital Spy.

It could lead to a love triangle between Bash, Rhonda and Carmen who has an affection for Bash, although star Britney Young isn’t sure it’s a “romantic affection of a platonic brotherly affection”.

“Carmen wants Bash to be 100% truthful for himself. Whatever that means for his sexuality. But I think she also feels a little bit jealous. If he’s going to marry any woman in GLOW, it should be her, not Rhonda. I think that’s an interesting dynamic that we could play more to in season three,” she explained. 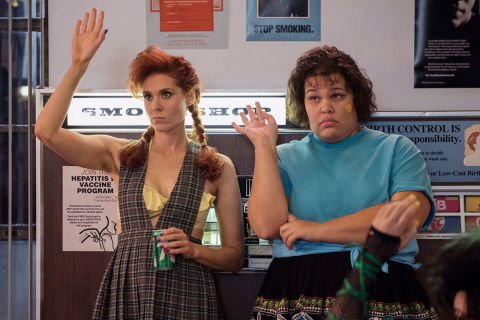 Unfortunately, the news isn’t as good for the show-within-the-show as KDTV reveals that since they own the characters, they can have a new show on a different network, but without the characters they’ve created, although they can “keep doing the live show” for the fans.

This leads to strip club owner Ray (Horatio Sanz) giving them the opportunity to perform live shows at his Las Vegas venue and the season finale ends with them all heading off to Vegas, so season three seems likely not to feature any of the meta TV aspects of season two, such as episode eight which ended up being a whole episode of the show-within-the-show.

However, creators Liz Flahive and Carly Mensch don’t think that it’s a happy ending for them to be heading off to Vegas.

“We didn’t think Vegas was a purely optimistic place. It’s a place that, at least for us, makes our hair go up on our arms as in, ‘Oh no, what’s going to happen there?’,” Mensch explained. “It’s a place that makes us deeply, deeply uncomfortable and that was exciting for us to take the story, and the women, there to see what happens.”

All is not well with the Gorgeous Ladies of Wrestling either as a mid-season twist saw Debbie break Ruth’s ankle during a match, putting Ruth out of action for the rest of GLOW‘s season, even if it did have a happy ending as Zoya made a triumphant return to the ring to end it as champion.

So their simmering rivalry will likely continue into season three, even if they look in a healthier place than before.

GLOW season two is now available to watch on Netflix.

‘We need representation’: The many faces of talents from Northeast

MFs you must hold, exit and buy