The cast has resumed shooting for the film at Rishikesh and Delhi after completing an earlier stint in the UK.

The romantic comedy is directed by Mudassar Aziz and produced by Vashu Bhagnani, Jackky Bhagnani and Deepshika Deshmukh under the banner, Pooja Entertainment.

But Arjun has a problem.

He needs a name for his movie!

Help Arjun Kapoor title his next film. Write your suggestions in the message board below. 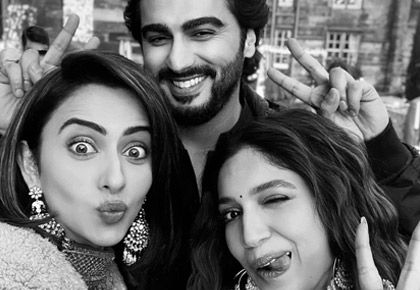