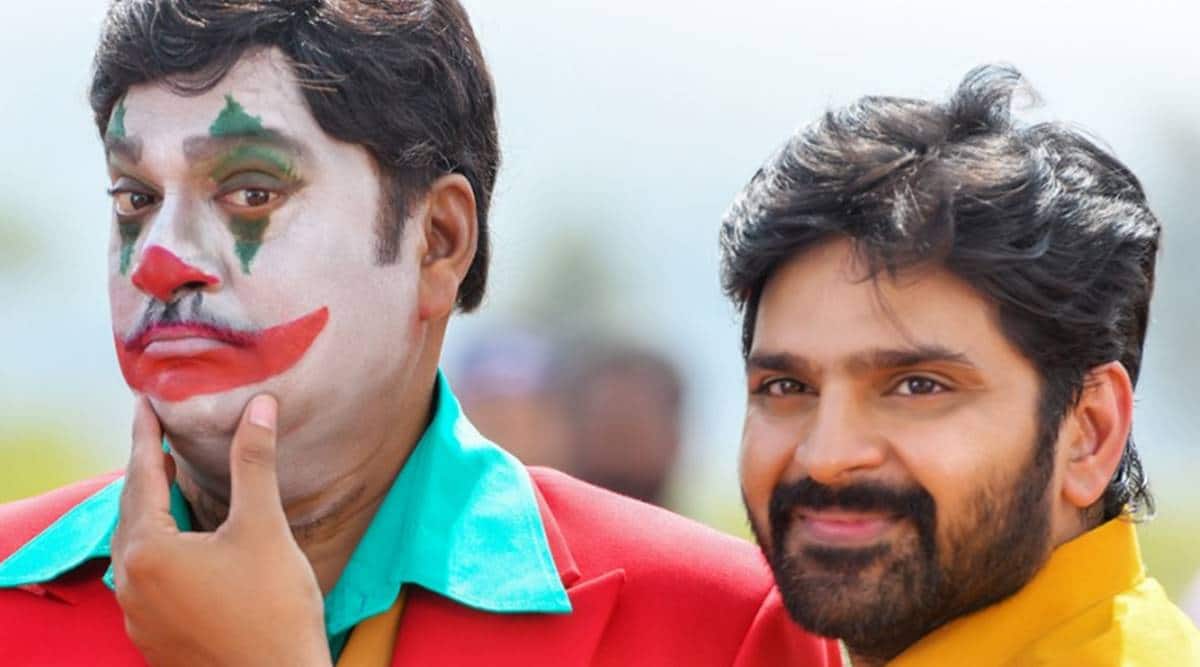 Ace director Anil Ravipudi has turned producer with Gaali Sampath. The Telugu film with Rajendra Prasad and Sree Vishnu in leading roles hits the cinema halls today. Ravipudi also took the responsibility of supervising the direction department for this movie.

In the film, Gaali Sampath (Rajendra Prasad) is a speech-impaired man whose aim is to become a good actor. His son Soori (Sree Vishnu) is a truck driver who suffers from respiratory problems. Although both share mutual love, their respective egos lead to clashes. At one point, Gaali Sampath unknowingly poses a problem in his son’s love life. Unaware of the backend reasons, Soori asks him to stay out of his life. Anguished, Gaali Sampath comes out of his home and unintentionally falls in their backyard well. His speech impairment and how he survives in the well for a few days, and how he comes out of it form the crux of the remaining plot.

The positive side of the movie is the characterisation of Gaali Sampath. Rajendra Prasad in the titular role has given his best, but the idea translates poorly on screen. When you have an actor like Rajendra Prasad, the effectiveness of his portrayal depends on how well you use his talent. However, the makers fail miserably at this. In each scene involving him, there is an attempt to crack a joke at the character’s expense. The flashback episodes contextualising his condition remain unconvincing.


If the first half disappoints, the second half does not fare well either. When Gaali Sampath falls in a well and struggles to survive, we expect the plot to take a sombre turn. But the narrative runs the other way, crashing our expectations. Even when he is trying to survive in the well, the makers seem to be trying to serve some laughs.

Given the star image of Sree Vishnu among his fans, it is unfortunate to see him in a role like Soori. It offers nothing but a routine screen presence.

Among other actors, Sathya impresses with his comedy timing and generates a few laughs. The episodes involving Srikanth Iyengar and Anish Kuruvilla succeed remain mildly impressive.

Overall, Gaali Sampath has nothing to offer save Rajendra Prasad’s performance.