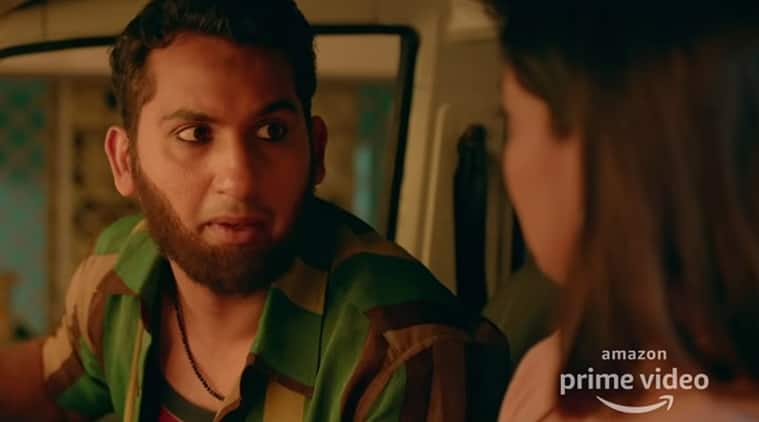 This is Danish’s second feature film to be inspired by one of the many personas he assumed during prank calls from his time as an RJ. He made his screen debut with 2018’s Humble Politician Nograj, a character that was a massive hit with the Bengaluru crowd even before being adapted for the big screen. So much so that it became the mascot for the IPL team Royal Challengers Bangalore (RCB).

While Nograj was an immoral politician who indulges in dirty politics under the garb of a clown, French Biriyani brings to life Danish’s alter ego Asgar, who is a stereotypical uneducated youngster living in Bengaluru’s popular shopping hub, Shivaji Nagar. An auto-rickshaw driver, Asgar has a penchant for underground races and makes an entry Tokyo Drift-style into a parking basement as the crowd cheers. And then the chaos begins.

Judging by the trailer, the movie follows a French tourist, who has lost his way as he searches for ‘Samaan,’ a term that is loaded with meaning in the streets of Bengaluru.

“We are delighted about the upcoming launch of French Biriyani, as we endeavour to bring to our viewers a light-hearted action-packed comedy thriller that will surely leave an everlasting positive impact on the audience. Danish Sait and Sal Yusuf bring so much to the table in terms of their sheer comic prowess and quirkiness. I truly believe that there could not have been a better choice than them to play the two lead roles,” said French Biriyani director Pannaga Bharana.

As theaters are closed owing to the COVID-19 pandemic, French Biriyani will be made available for streaming on Amazon Prime Video from July 24.

Gemma Atkinson hits back at ‘pregnancy police’ with poignant hike

PMC aims at 1 MW solar power, to start with panels on 4 civic buildings