Chameli saw Kareena Kapoor play the role of a sex worker with compassion, empathy and a lot of conviction. The Sudhir Mishra movie was an image change for the actor who had largely struck to mainstream masala for most of her career. 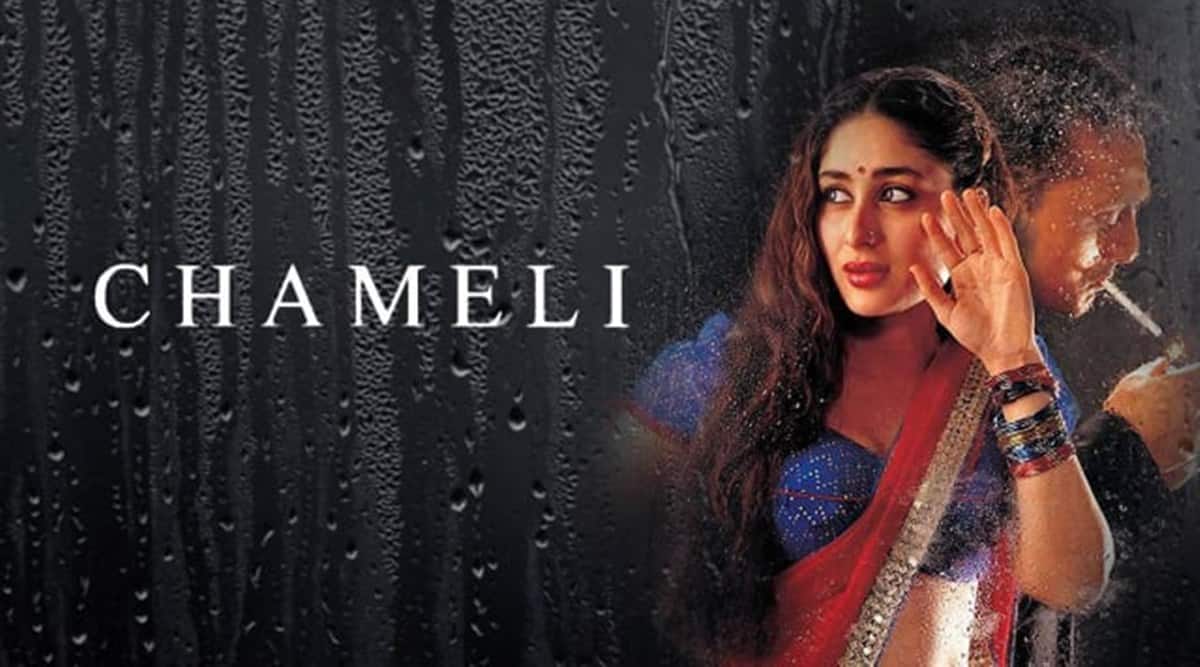 It was Kareena Kapoor’s fourth year in Bollywood and 13th film in her filmography when the actor took on this bold role of a sex worker in Anant Balani and Sudhir Mishra directorial Chameli. It came as a surprise to people that Kareena Kapoor of the illustrious Kapoor family had picked such a ‘risky’ role quite early in her career. Would her rising star fall with this so-called parallel cinema? Or will she win over the hard-to-please critics by proving her versatility? As it turned out, Kareena managed to pass the exam with flying colours.

Kareena was raw and sassy as the prostitute who could spin yarns for some extra bucks, but she was also delicate and vulnerable as the woman whose heart still cherished the hope of meeting her one true love. Built around the premise of the night an investment banker (Rahul Bose) encounters Chameli, the prostitute (Kareena Kapoor), the movie wobbles on its feet to keep the audience engaged throughout its runtime. What stands out is its female lead, played sensationally by Kareena, who, in turns, is saucy, seductive, beguiling and tragic.

Interestingly, Chameli was reportedly first offered to other actors who had rejected the film because they did not want to take up the character due to her profession. But as fate would have it, the same role managed to show makers and viewers alike the ability of Kareena Kapoor the actor. And mind you, this was a new space for the artiste, who had only done mostly ‘masala movies’ at that point. It was after Chameli, that Kareena became unafraid to experiment and went on to give her nod to projects like Mani Ratnam’s Yuva and Govind Nihalani’s political drama Dev.

The actor herself was unsure of taking up the project initially. She was afraid how her parents would react and the fact that she was expected to smoke and use crude language. “I had a talk with my parents and they backed me saying it was a bold theme and would do wonders to my career. And that, if I didn’t take the plunge now I could run the risk of getting stuck in the glossy image that’s been built around me,” the actor had said in an interview back then.

Talking about the prep she had done for the role, the actor had said, “To get into the skin of the character I visited most of Mumbai’s red light areas at night and would observe these sex workers from a distance from inside my car. I was keen to study their mannerisms, the kind of clothes they wore and how they talked to clients.”

The hard work showed off. “Filmon me zaroor dekha hoga. Leki waha to hum Umrao Jaan aur Chandramukhi hote hain. Sachchai kuch aur hai (You must have seen the likes of me in your movies. But there we appear as Umrao Jaan and  Chandramukhi. The truth is very different).” So goes one of Kareena Kapoor‘s introductory lines in the film. Chameli utters these lines nonchalantly and proceeds to take a drag from a smoke she had been offered by Rahul Bose’s character. Everything done simply, nothing flamboyant or over the top, a regular sex worker, just like Chameli had said she is. She is not some glamourised version of her kind, which we have encountered in fiction before. There are no frills attached to this Chameli, and as a result, there is nothing that seems overworked about Kapoor’s portrayal.

Meanwhile Rahul Bose was the perfect person to cast opposite Kareena in such an intense film. Bose nailed the part of the aloof Aman who was slightly judgmental yet sympathetic to Kapoor’s Chameli. Recently, the actor spoke to Times of India on Chameli and his experience of working with Kareena Kapoor. Talking about the challenging night shoot, Bose stated, “Working with Kareena was very easy because she’s really talented. She was a massive star at that time and was very hardworking. Her performance was always spot on and we bonded very well. I remember we only shot at night, it was the most grueling part of the film. From the start of the film till the end, I was always drenched in the film, all the time. So, I used to just pour a bucket of water over my head and start shooting. I could have caught a cold but I didn’t.”

Also starring Yashpal Sharma and Rinke Khanna, Chameli got recognised during the awards season, but was not considered a box office hit. You can watch the film on Disney Plus Hotstar.

Diljit Dosanjh ‘clashes’ with Alexa in this hilarious video