Shahid Kapoor was speaking at the red carpet of Star Screen Awards on Sunday. The Kabir Singh actor will soon begin shooting for Jersey. 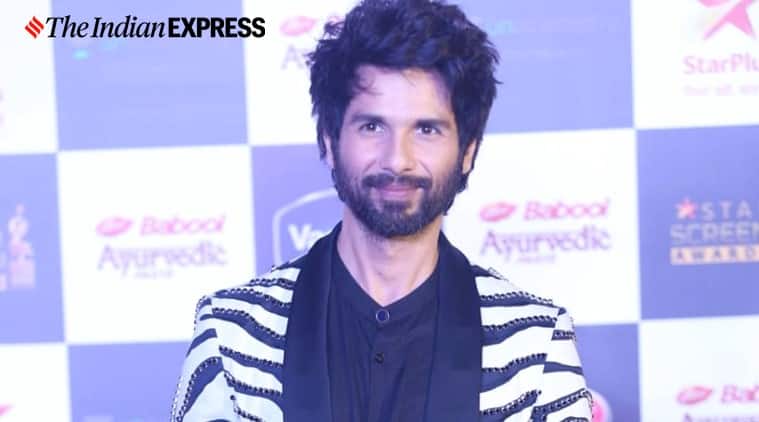 Actor Shahid Kapoor has said he wondered, at times, whether he should try his hand at something else when his films weren’t doing great numbers at the box office.

With Kabir Singh, Shahid registered his career’s biggest hit earlier this year, which also turned out to be one of 2019’s biggest blockbusters.

His next is Jersey, the Hindi remake of the Telugu sports drama of the same name. It will be directed by Gowtam Tinnanauri, who also helmed the original 2019 film, starring Nani in the lead.

The film chronicles the story of a talented but failed cricketer, who decides to return to the field in his late 30s driven by the desire to represent the Indian cricket team and fulfill his son’s wish for a jersey.

“I related a lot with the story. Sometimes I used to wonder if I should try something else because no film of mine was going blockbuster. There comes a time in everyone’s life when you feel ‘why is it not happening to me? Have I done something wrong?’” Shahid said at the red carpet of Star Screen Awards on Sunday.

The actor said he eventually realised one should always continue doing what is close to heart, “irrespective of the scale of success”.

He said he didn’t plan to do another remake after Kabir Singh, the Hindi version of 2017 Telugu-language film Arjun Reddy, but was drawn to the story.

“I wanted to do an original film so that people don’t think I’m doing only remakes. But when I saw the film, it touched my heart… I cried four times while watching it. The character isn’t like Kabir Singh. He’s a quiet, introvert man but his intensity and journey was inspiring for me,” he said.

“I felt I should take this story to people because even I have been through weak moments when I used to feel ‘Should I try something else? It’s not happening here.’ But acting is the only thing I know and love,” Shahid added.

The actor said he is “very nervous” to begin work on Jersey post the mammoth success of his latest.

Jersey is scheduled to be released in August 2020.

Kartik Aaryan’s mom is worried as he leaves for Dhamaka shoot, Varun Dhawan asks him to stay safe

Lockdown Has Complicated All Our Lives