‘I never thought I’d be away for so long. But it happened.’

In December 2020, Fardeen Khan confirmed that he was ready to return to acting.

Now, it has been reported that his comeback project is Sanjay Gupta’s production Visfot (explosion), where Fardeen will share screen space with Riteish Deshmukh.

Fardeen has featured in a Sanjay Gupta production before — Acid Factory, directed by Suparn Verma.

When Subhash K Jha contacted Fardeen, he said, ‘We are in talks.’

In an interview conducted last December, Fardeen had said, “I never thought I’d be away for so long. But it happened. Initially, my wife Natasha and I had to move to London because we were facing challenges in having children.

“In 2013, we finally had our daughter. Four years later, our son was born. Each time there was a bundle of joy in the house, it just took over our lives.

“I didn’t even know how when so much time flew by.

“Because we had chosen the IVF route, it wasn’t easy for Natasha. I had to be by her side.” 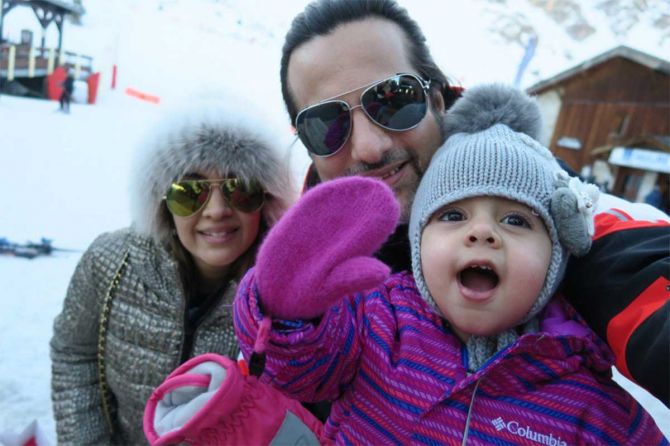 Initially, Fardeen thought he’d be away from Mumbai for only two or three years.

He sighed, “If only life were that simple! Being away wasn’t planned, I was dealing with circumstances.

“Now I am blessed with two beautiful children, and the time I’ve spent with them away from work has been beautiful.

“My children and I share an amazing bond. I count my blessings every day. I have a lot to be grateful for.

“Now I see the children a little more settled, I feel it’s time for me to get back to work. Having returned, I find the entire landscape of the film industry has changed.”

Fardeen is open to quality work in Bollywood.

“I’ve always been going back and forth between Mumbai and London,” he says. “This time, I’m back with a purpose. I want to do good meaningful work. I think this is the new golden age of cinema. It’s encouraging to see such a diversity of cinema happening.” Karan Tacker shares memories of first-ever ad: ‘My first paycheck was of Rs 1,500’

Play the Game! Check out our Election Sentimeter!