‘The reaction to Cutting Chai has been, “I never thought you could do something like this!” and I like that.’

Arshad Warsi, who was fabulous in the Cutting Chai segment of the Modern Love Mumbai anthology, told Rediff.com he’s “not interested in jumping around“.

In the concluding part of a lively interview, Arshad talks about son Zeke, 18, and daughter Zene, 14, and tells Rediff.com Senior Contributor Roshmila Bhattacharya why he won’t produce a film to launch them: “They need to face the world, struggle a bit and go through some rejection to value what will eventually come to them.”

On your Instagram handle, there’s a lovely video of you grooving with your favourite dance partner, your daughter Zene Zoe Warsi.

She has inherited Maria’s perfectionist streak.

I still remember how as a child, if a sketch didn’t turn out right, she would cry and cry, try and try…

Do you see her on stage or screen some day? (Sighs) Yeah, I wish they were both still kids because then they would spend more time with me.

Right now, I’m in Goa, so is my son, who came with his friends after graduation.

But he wants to be as far away from me as possible and that is something I don’t understand.

Since I am an actor, the whole world wants to take pictures with me, but my own children don’t want to see my face!

Now you are exaggerating. There are so many beautiful Instagram moments of bonding with Zene like the two of you planting a tree in Juhu and faking an action scene in a pool…

Oh, that’s because girls are very different from boys.

They are smarter, brighter, they grow up faster and yet, are warm and motherly, even when they are 14.

You must have heard the saying, ‘A son is a mother’s last true love while the mother is her son’s first true love.’

Well, the converse is true for fathers and daughters too.

Zene comes and gives me a hug every now and then which makes me very happy.

But Zeke doesn’t think it’s cool to hug. He wants to be He-Man.

Thankfully, my kids are well-behaved. They don’t throw their weight around and though they can be brats, it doesn’t really worry me because it’s normal for teenagers to be mischievous.

Both Zeke and Zene are inherently good kids.

Maria has been a fab mother and I am blessed. Is Zeke showing any signs of following you into the film industry?

I have a feeling both my kids are going to be in this profession.

That’s what they have been exposed to since they were kids and they like it too. It’s a wonderful profession.

I don’t know what they will end up doing because they don’t talk about it.

But Zeke could become a director, do something connected with cinema.

(Smiles) He likes stories and his imagination can be quite wild.

Do you see yourself producing a film for them like other star dads?

No, life has been easy for them so far because I worked really hard to reach where I am today. I don’t want to make it any easier.

I am proud to say I did a lot of other jobs, including being a salesman, before I became an actor.

I feel sad for my kids who have nothing like this to narrate.

I have already taken away that lovely feeling from them.

I don’t want to take anything more away.

They need to face the world, struggle a bit and go through some rejection to value what will eventually come to them.

No, not even later, because if they gave a bad shot, I would go back home and fire them.

(Laughs) And they will be like, ‘S**t! This is getting really difficult! This guy is around, both at home and at work, there’s no getting away from him.’ 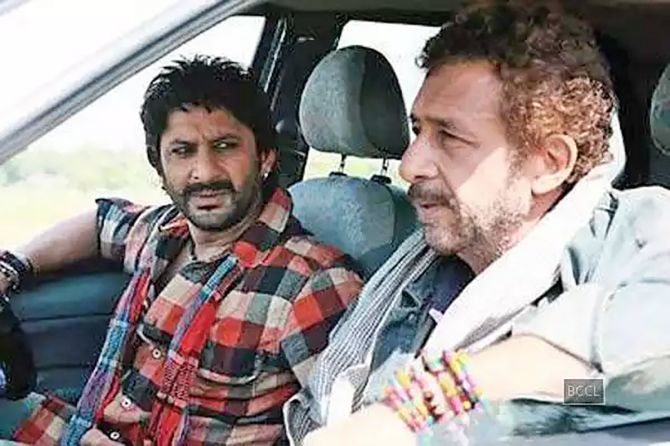 This is your 26th year in show business. What’s been your most favourite character?

Babban from Ishqiya and Dedh Ishqiya.

Ishqiya was our version of Wild Wild West.

The only other film that you can call an Indianised Western is Sholay.

Unfortunately, we have killed that genre.

It breaks my heart to know that there will not be anther Ishqiya.

Why did they stop? I love the franchise!

Oh my God, the pleasure of walking with Naseersaab, everything was just perfect.

I don’t know, I guess that’s how life is.

But it’s okay, I look at the positive side.

Even after 25 years, I still manage to surprise people.

The reaction to Cutting Chai has been, ‘I never thought you could do something like this!’ and I like that. 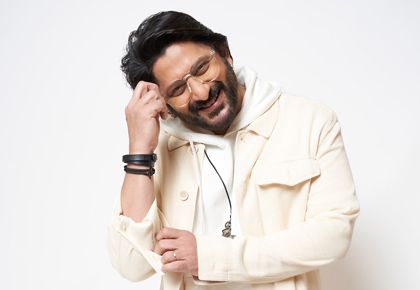 The BEST of my father, Satyajit Ray

Kangana Ranaut shares Trump’s tweet against Biden amid drug probe in Bollywood, says drug use is better slur than sexist ones