EastEnders aired one of its darkest episodes in memory on Friday night (September 21), as Mick Carter languished in jail while Hayley Slater made a decision that put the life of her baby in jeopardy.

Hayley’s (Katie Jarvis) health woes continued on Friday, following her horrifying collapse in Thursday’s episode. The newest member of the Slater clan tumbled in the street after a heartbreaking falling out with her mother Bev.

The pregnant Hayley tried to hide her pain from the other Slaters, but Jean (Gillian Wright) knew something was up and rushed her over to the A&E to be seen by the doctors. 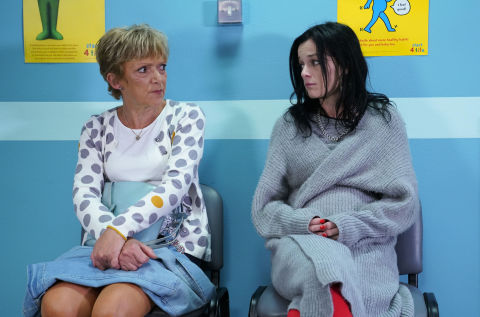 Stubborn Hayley was intent on keeping Jean in the dark about her condition and ultimately lied to her about seeing the doctor, telling her that she got a clean bill of health.

With her mother’s harsh criticism still ringing in her ears, Hayley headed off to the allotments to think over whether she could really be a good mother. Asking for any sign that things would be okay, she was heartened when her baby showed signs of life and kicked. 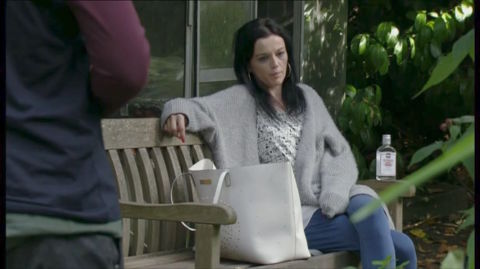 Tragically, as her own mum’s questions about her impending motherhood ran through her head again, Hayley pulled the hidden alcohol out of her purse and took a drink — once again putting the life of her child in danger.

Meanwhile, Mick (Danny Dyer) was arrested for the attempted murder of one-time friend Stuart Highway (Ricky Champ) earlier this week, even though Halfway (Tony Clay) has discovered that Stuart may have actually shot himself in an attempt to frame the Carters.

When the story picked up, Mick was in dire straits behind bars as he struggled not to run afoul of the other inmates. He was even desperate enough to make a call to Linda (Kellie Bright) to beg her to get some dirt on Stuart.

Seeing her son in such a desperate state was too much for Shirley, so she asked Sharon (Letitia Dean) to bring in Phil Mitchell’s infamous lawyer Ritchie Scott (Sian Webber) while she hosted a fundraiser for Mick’s bail.

Although the Albert Square locals raised some money to help get Mick out of the clink, Ritchie arrived with bad news that police have some forensic evidence that’s strong enough to send Mick to prison for many years.

“They didn’t just find blood on Mick’s shirt. They found gunshot residue too,” she warned.

Viewers are actually starting to worry that Mick may actually go down for a crime he didn’t commit:

EastEnders continues on Monday (September 24) at 8pm on BBC One. 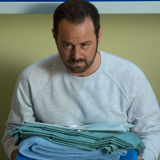 Digital Spy Soap Scoop video – hit play below for all the latest EastEnders spoilers, as Mick struggles in prison and Bex has some major decisions to make.

Avengers 4: Is this the most heartbreaking theory so far?

Cut in penalty to favour only a section

Tokyo will be my Olympic swansong, says Mary Kom