Bollywood has mostly stayed away from ‘hijack’ movies, but Akshay Kumar’s Bell Bottom makes it a thrilling watch.

Based on a true story that unfolded in the 1980s, Bell Bottom is about a hijack that takes place, and how a spy (played by AK) saves the day.

Joginder Tuteja looks at just how well hijack movies have done in the past.

The biggest success that Bollywood has seen in this genre is Neerja.

The film tells the true story of an air hostess named Neerja Bhanot (played by Sonam Kapoor), who thwarted a hijack.

Director Ram Madhvani had showed a wonderful hold over the narrative and as an antagonist, Jim Sarbh was a revelation.

Rohit Shetty started his directorial career with a modest success in the form of Zameen.

Featuring Ajay Devgn and Abhishek Bachchan, the film packed in a lot of entertainment, including the only item song ever in a Rohit Shetty film, Dilli Ki Sardi. One may not have heard of Yeh Dil Aashiqanaa, but the 2002 release featuring Karan Nath (who is currently in the Bigg Boss house) and Jividha Sharma was actually a decent success.

It was Nadeem-Shravan’s chartbuster music which brought audiences to theatres. The villains were played by Aditya Pancholi and Rajat Bedi.

The song Yaad Mein Aksar did turn out to be a success, but the film didn’t. High Jack was neither promoted nor released well. It belonged to the stoner comedy genre and had its action unfolding during a hijack.

Sumeet Vyas, Mantra, Sonnalli Seygall and Kumud Mishra came together for this film directed by Akarsh Khurana, the man behind Karwaan with Irrfan Khan. 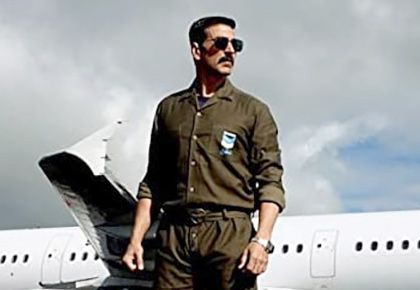 How SUCCESSFUL is Hrithik Action Hero?

Mathu Vadalara review: Till ‘meth’ does us apart