Diljit Dosanjh and Kangana Ranaut have gotten into a fight on Twitter over the latter's tweet about farmers' protest. 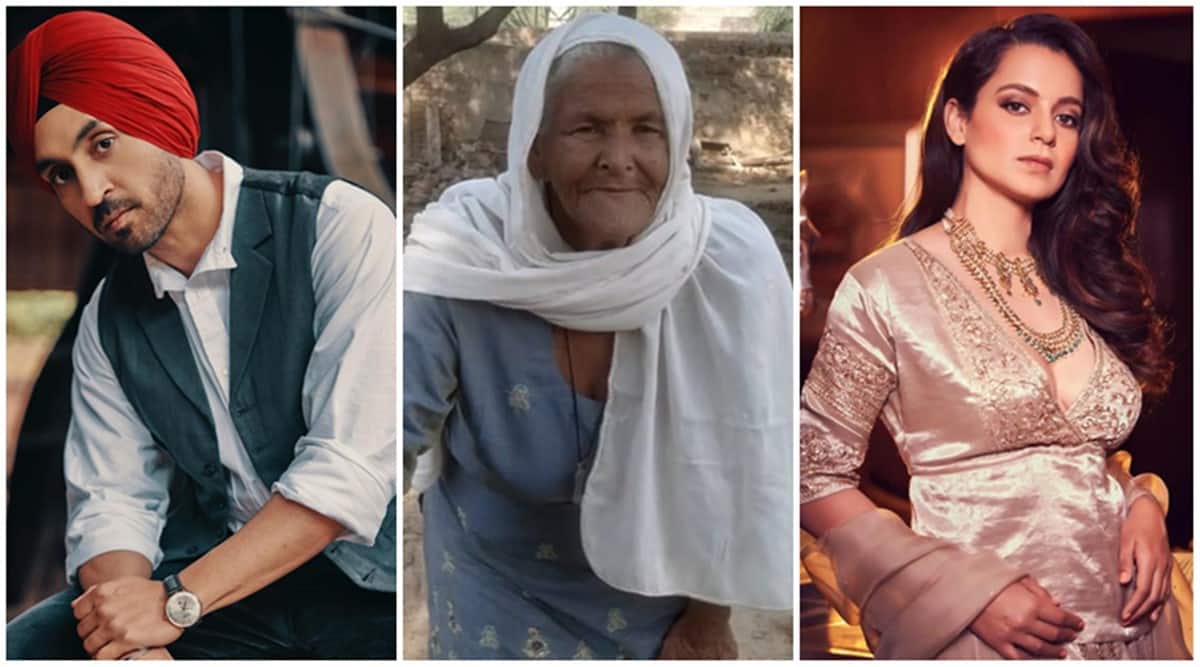 Bollywood stars Diljit Dosanjh and Kangana Ranaut have gotten into a war of words over the Panga actor’s tweet about a Punjabi woman involved in the farmers’ protest.

On November 27, Kangana Ranaut quoted a tweet that claimed that 82-year-old Bilkis Bano, popularly known as Shaheen Bagh Dadi, was also a part of the farmers’ protest against the three farm bills. The tweet had pictures of Bilkis Bano and a woman marching in a protest.

“Ha ha ha she is the same dadi who featured in Time magazine for being the most powerful Indian…. And she is available in 100 rupees. Pakistani journo’s have hijacked international PR for India in an embarrassing way. We need our own people to speak for us internationally.” read Kangana’s tweet, which the actor deleted after it was pointed out that the two women were not the same.

On Wednesday evening, Diljit Dosanjh re-tweeted a video of a BBC interview of 73-year-old Mohinder Kaur, the woman who was misidentified by Kangana Ranaut as Bilkis Bano. In the video, Mohinder talks about her association with the farmers’ protest and also shuts down Kangana’s claim that she could be “hired for Rs 100.” Diljit also mentioned Kangana in the tweet, asking her to check the “proof”.

To which, Kangana called Diljit (in Hindi) “Karan Johar’s pet,” seemingly referring to his association with Karan Johar courtesy their 2019 collaboration Good Newwz. Kangana added that she had been talking only about Bilkis Bano and she didn’t even know who Mohinder Kaur was.

Twitterati then reminded the actor that her tweet about the two women was days before Bilkis Bano actually went to Delhi to join the farmers’ protest. Retorting to her tweet, Diljit asked Kangana if she becomes a “pet” of everyone that she has ever worked with.

Channel 4 presenter Kirsty Duffy opens up about postnatal depression: "I was scared of my baby"

‘B&B’ Recap For Thursday, November 29: Hope Intervenes When Taylor Gets In Brooke’s Face

Taylor Swift Is Reportedly Skipping the Grammys This Year