Starting August 21, The Kapil Sharma Show will air on weekends at 9:30 pm on Sony TV. 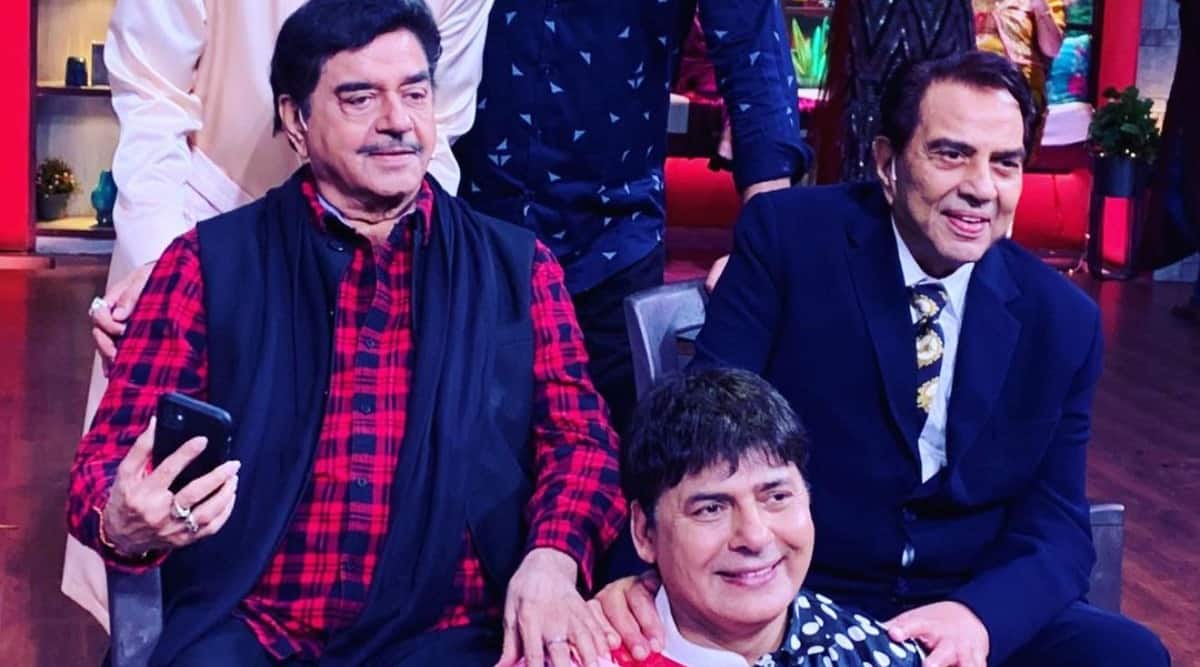 Comedy show The Kapil Sharma Show is set to be back on television from this weekend. While the stars of Bhuj: The Pride of India and Bellbottom will grace the first two episodes, yesteryear superstars Dharmendra and Shatrughan Sinha will be seen in one of the upcoming episodes. The Bollywood actors shot for their episode on Tuesday.

A source shared with indianexpress.com that the team had a gala time with the senior actors. “Apart from having some fun conversation with the actors, Kapil Sharma and his team also performed on their hit songs. The teammates also dressed up as Dharmendra and Shatrughan Sinha’s iconic characters,” the source added.

Kapil Sharma also shared a couple of photos on his Instagram story with the yesteryear superstars. In the picture, the comedians are seen dancing with Dharmendra and Shatrughan Sinha.

Starting August 21, The Kapil Sharma Show will air on weekends at 9:30 pm on Sony TV. While Archana Puran Singh, Krushna Abhishek, Bharti Singh, Chandan Prabhakar, Sumona Chakravarti and Kiku Sharda make a comeback on the show, comedians Sudesh Lehri and Gaurav Gera have been roped in for the new season.

Three girls, a man and a dingy building