Ranveer Singh shared a series of lovely photos of himself and Deepika Padukone from the set of an ad shoot, and earned a compliment from the doting wife. 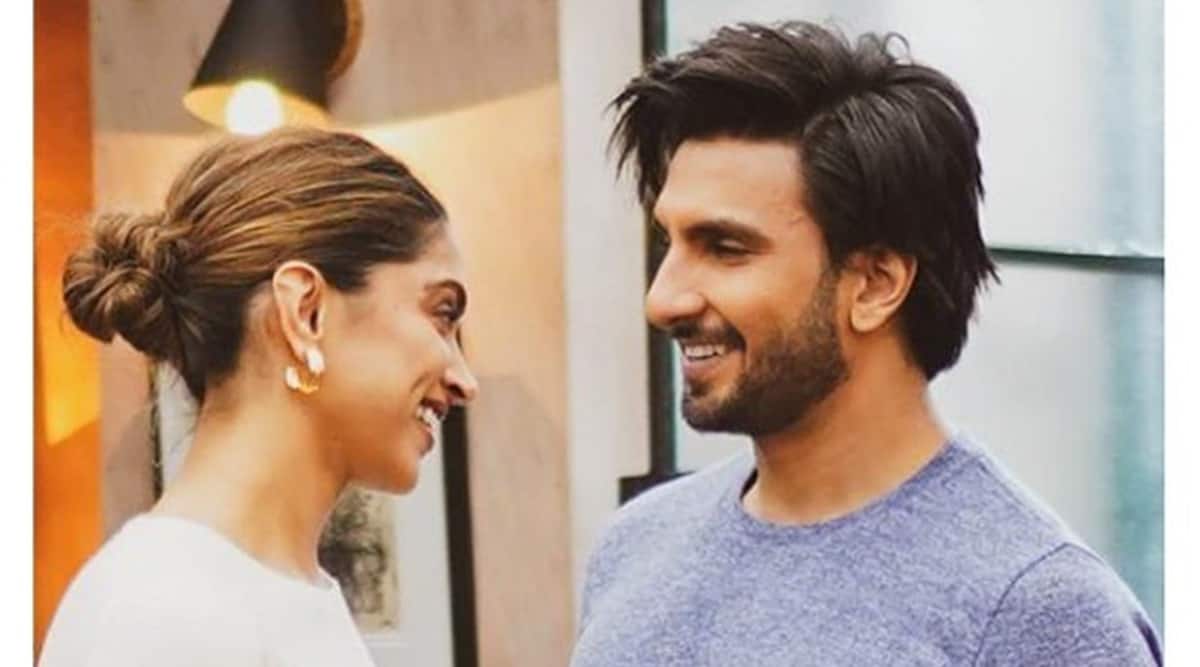 While fans wait to see Deepika Padukone and Ranveer Singh as a married couple in Kabir Khan’s upcoming film 83, the stars have shot for an advertisement and the behind-the-scenes photos prove that the pair’s chemistry doesn’t need fictional stories to shine. Ranveer Singh on Wednesday shared a series of lovely photos of himself and Deepika from the set of an ad shoot.

While two pictures feature the couple engaged in a conversation with director Ravi Varman and another team member, Navzar, the third photo has Deepika and Ranveer looking lovingly at each other. Ranveer captioned the photos with a heart emoji. The affectionate wife complimented him in a reply to the post. “Too handsome,” wrote Deepika.

Lately, Deepika and Ranveer have been posting pictures and video with each other on Instagram, much to their fans’ delight. A few days ago, the Chhapaak star posted a video of herself and Ranveer twerking in similar floral pattern separates. The video begins with Deepika dancing to a track and Ranveer later joins her in the frame. The two are challenging each other in twerking. Deepika captioned the video, “Werk it baby, @ranveersingh.”

In 83, which is based on India’s first World Cup win in 1983, Ranveer Singh will be seen playing the cricket team’s then captain Kapil Dev. While, Deepika Padukone is playing Kapil Dev’s wife Romi Bhatia. 83, also starring Pankaj Tripathi, Tahir Raj Bhasin, Saqib Salem and Amy Virk, will arrive in theatres on June 4.

Ranveer Singh also has YRF’s Jayeshbhai Jordaar and Rohit Shetty-directed Cirkus in his kitty. The actor will also be seen in a cameo appearance in Akshay Kumar starrer Sooryavanshi. Deepika Padukone will be seen alongside Shah Rukh Khan in Pathan, Hrithik Roshan in Siddharth Anand’s Fighter, Shakun Batra’s relationship drama and the Nag Ashwin film with Prabhas.

Trump told me to have polls rigged: Cohen

Lucifer season 4 on Netflix: Release date, episodes, cast and everything you need to know