Free from the pressure of the box office as well as the lowbrow expectations of a satellite television audience, the OTT space continues to surprise and delight.

The viewer does have to make the effort of digging through the profusion of streaming content to find a show to suit their taste but there is something for everyone.

Stories of rural India, campus capers, realistic family dramas and urban romance that are no longer picked up by film-makers, find their way to the Web, and the viewing experience is richer for the variety available.

With a disclaimer that it was not possible to have watched every show on every platform, Deepa Gahlot lists her Top 10 Original Web series (that leaves out adapted shows like Rudra, Masoom and Tanaav) in Hindi in order of their release.

Rocket Boys
Where to watch? SonyLIV

Rocket Boys is a fictionalised depiction of the lives of two great heroes of modern India, Homi Bhabha (Jim Sarbh) and Vikram Sarabhai (Ishwak Singh), who took the country ahead with science, technology and true nationalism, encouraged by the progressive vision of the then prime minister Jawaharlal Nehru (Rajit Kapur).

Directed by Abhay Pannu, the show made science interesting for the lay viewer, at the risk of being accused of frivolity.

It was a change to see real achievers on screen, as opposed to a profusion of gangsters, crooked politicians and other assorted thugs.

Gullak Season 3
Where to watch? SonyLIV 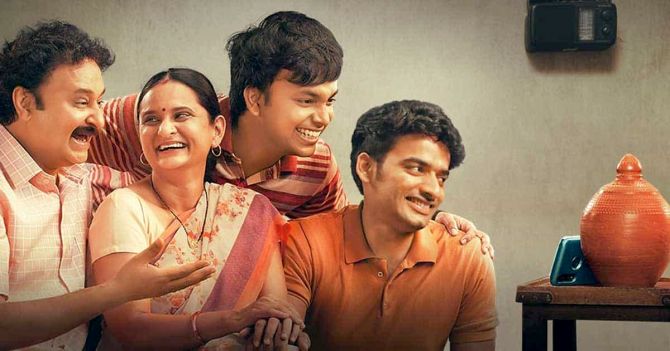 TVF created a winner, literally, going by the awards won, in the everyday life of the Mishra family in a small town in Uttar Pradesh.

Husband (Jameel Khan), wife (Geetanjali Kulkarni) and their two sons go through routine travails that are so relatable that audiences delight in the small incidents and interactions that could very well be taking place in their home or neighbourhood. The first season of this TVF show took an engineering graduate Abhishek Tripathi (Jitendra Kumar) to the village of Phulera as a reluctant Panchayat secretary.

He had to deal with a bunch of very funny problems as the notional Pradhan of the village Manju Devi (Neena Gupta) and her husband, Brij Bhushan Dubey (Raghubir Yadav) took him under their wing.

Written by Chandan Kumar and directed by Deepak Kumar Mishra, the second season is even funnier than the first.

It shows the viewer how the other half lives in underdeveloped villages but keeps away from the ugliness of rural-based shows like Mirzapur and Jamtara.

The appeal of the series lies in its simplicity, warmth and gentle humour. The slick police procedural, created by Richie Mehta, won an International Emmy for its first season.

In Season 2, Shefali Shah reprises her role as the indomitable DCP Vartika Chaturvedi, this time leading her team into solving a case not as horrifying as the Nirbhaya rape case but just as gruesome — the murders of wealthy senior citizens by bandits, who use the modus operandi of the dreaded kachha-baniyan gang.

The series stands out in the crowd of crime shows because of its authentic portrayal of investigation and detection in India, without turning away from unpleasant truths like police brutality.

Because of the outstanding performances, the show cleans up the tarnished image of the Delhi police force, a small hitch in an otherwise gripping watch.

Mai
Where to watch? Netflix

The series, created by Atul Mongia, is different because it has a middle-aged woman Sheel (Sakshi Tanwar) taking on the role of an investigator, when she learns that her daughter’s death in an accident was actually murder.

Briskly paced and wrapped up in six episodes, it may have turned a homemaker into an unlikely avenging angel but worked because of the simple premise of a woman pushing back, and getting strength from her rage and grief. The idea of putting together a series of urban love stories was inspired by The New York Times column Modern Love with contributions from readers, since romance, parting, heartbreak, grief and letting go are universal emotions. There was a franchise opportunity, and the first, set in Mumbai, was streamed.

Directed by a bunch of well-known directors, with a fine ensemble star cast, the series was mostly charming, with a couple of flat episodes that covered up for the really good ones. The stories that stand out is the one about Chinese dragon mom, and the SoBo-Suburb divide that Mumbai is so familiar with. 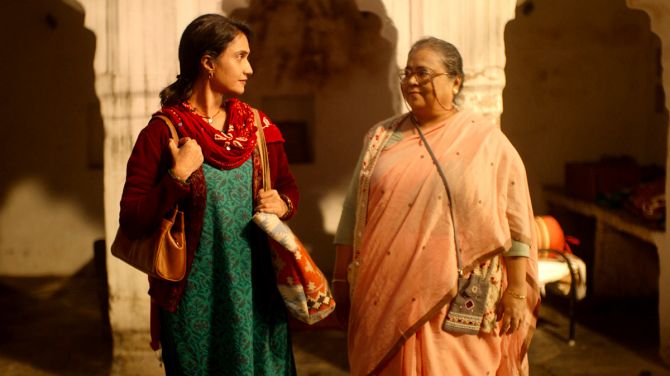 Saas Bahu Achaar Pvt Ltd is an heartwarming show, directed by Apoorv Singh Karki, in which an uneducated, divorced woman (Amruta Subhash) starts a pickle-making business with the help of her mother-in-law (Yamini Das) and a lonely neighbour Shukla (Anandeshwar Dwivedi).

The plot conveniences don’t matter in a story that makes a heroine out of an ordinary woman, whose self-respect gives her the power to face all obstacles.

Ghar Waapsi
Where to watch? Disney+Hotstar This show, directed by Ruchir Arun, was particularly relevant during the difficult pandemic, when many people lost their jobs and were forced to return to their hometowns.

Shekhar (Vishal Vashishtha) is laid off, goes back to his family home in Indore, and rebuilds bonds with the family and friends he left behind to build a career and enjoy the freedom of city life.

The identifiable scenario, along with the right emotional touch in its handing, and fine performances made this under-rated show so effective.

Mukhbir: The Story of a Spy
Where to watch? ZEE5 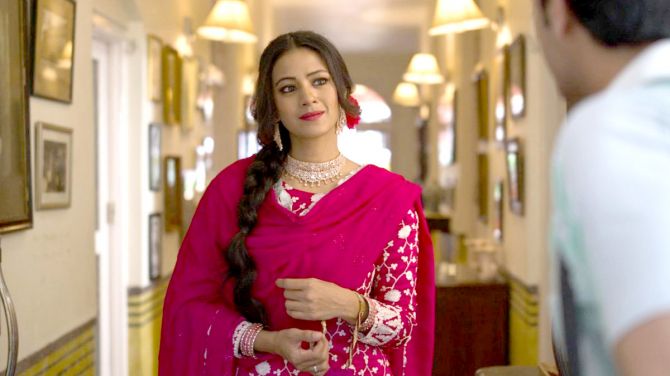 Set just before the 1965 War, this espionage thriller created by Shivam Nair, had an intelligence officer (Prakash Raj) send a fearless conman (Zain Khan Durrani) to Pakistan, to find out what the Pakistani army is planning.

He lies to the family that accepts him as their own and to the women who love him, but in the end, does what it takes for the country to be ready for war.

The series is fast paced with several emotional high points that differentiates it from the jingoistic spy shows and movies.

CAT
Where to watch? Netflix 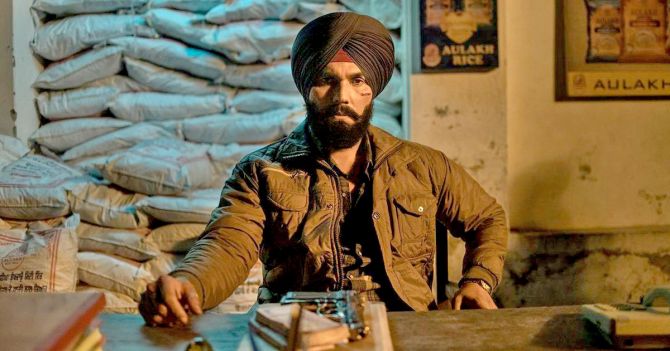 Set in a the Punjab that has dealt with a terrorist past and a drug-fuelled present, police and political corruption, the crime drama is about Gurnam (Randeep Hooda), who risks his life to go undercover for cop Sehtab Singh (Suvinder Vicky) to expose the narcotics network controlled by politicians.

In the process, he also discovers the truth about his parents’ murder, and finds that he has been used by a treacherous mentor.

The series, created by Balwinder Singh Janjua, tells a hard-hitting story without pulling back any punches, and gets an outstanding performance from Hooda. 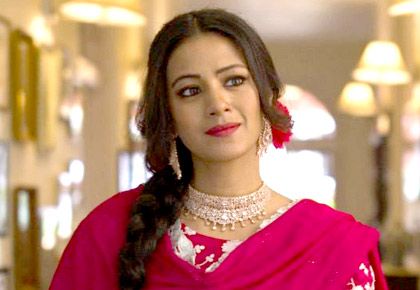 Dribbling their way to fame