Bollywood film bodies inform that many daily wage workers have begun returning to their home towns as the Covid-19 restrictions have left them hopeless. 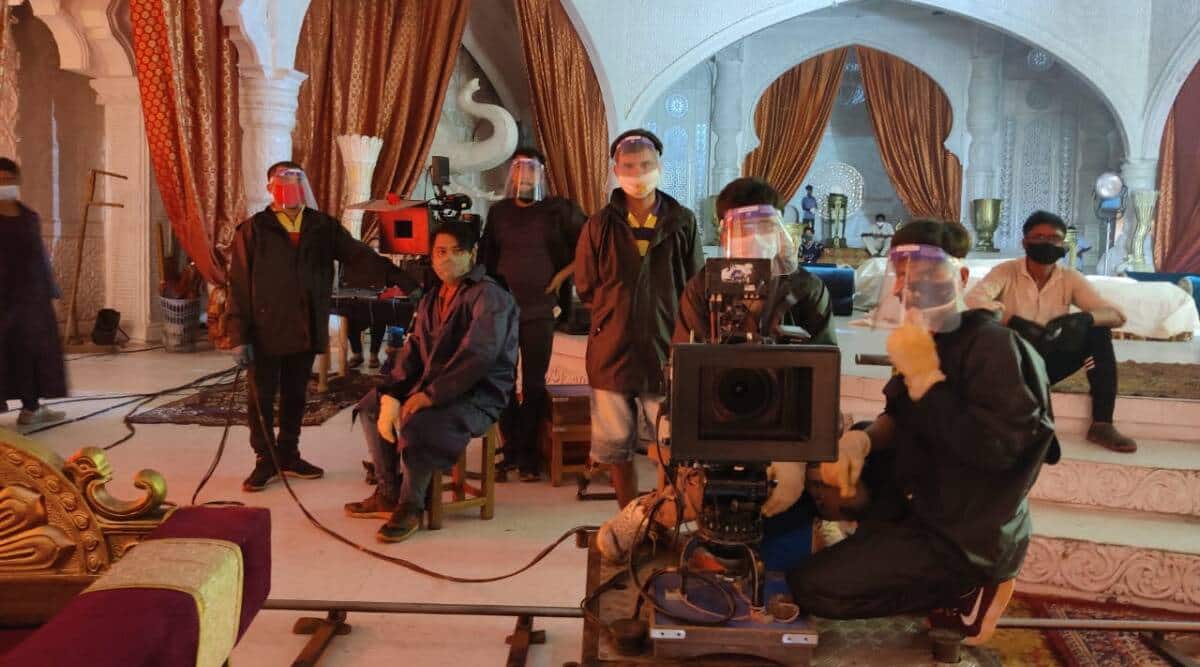 “If we don’t die of the coronavirus, we will definitely die of depression,” says Kirat Kaur, an actor, currently residing in Oshiwara, Mumbai. Kirat is one among many, who arrived in the Maximum City with dreams, but the tumultuous last year has exacerbated their struggles. Junior actors, make-up artists, background dancers, lightmen and spotboys — many of these artistes and technicians are daily wage earners and are crumbling under the weight of constant despair. With minimal help coming — the last one year has not been kind to anyone in the industry — they are staring at a bleak future.

The coronavirus-induced lockdown last year had caused them enough misery — most of them lost their livelihood, forcing them to return to their native places. They returned earlier this year on the wings of hope, but rising Covid-19 numbers have brought back the ghosts of past year. Many of them are wondering if they should return to their homes, this time permanently.

As Covid-19 cases in Maharashtra began to surge, the state government announced a night curfew and a weekend lockdown on April 4, under which it allowed film and TV units to continue work over the weekend but with due safety norms in place. They were also told not to shoot big dance and fight scenes, putting a question mark on the livelihood of supporting and junior actors, who are largely daily wage earners.

But as the coronavirus situation worsened, a second round of restrictions in the state came in effect on April 14 that prohibited shooting of films and television shows in the state for 15 days till May 1. This meant that junior artistes, technicians and other daily wage workers would be jobless for the period. Even as some producers decided to wait for the restrictions to be lifted from May 2, the less privileged artistes were only reminded of the long wait that 2020 had been, and they wondered if it would be extended.

“Almost 75 per cent labourers are trying to leave for their homes because they are of course not getting work. It looks like even May will go under lockdown. We are in deep crisis,” says Rakesh Maurya, president of Film Studio Setting and Allied Mazdoor Union. April was supposed to be a busy month for the daily wage workers as big films– including Shah Rukh Khan’s Pathan and Amitabh Bachchan-led Goodbye– had taken to floors. In fact, the construction of massive sets for YRF’s Pathan was in full swing, which meant work for thousands of workers. But it all came to a halt.

The waiting period has not only taken away their jobs but also the promise of vaccination. BN Tiwari, president, Federation of Western Cine Employees (FWICE), which covers five lakh artistes, informs that all production houses were obligated to vaccinate the crew members, and it was supposed to happen on sets.

“YRF has assured it will get its 2000-3000 workers vaccinated. All of them have to do it for our workers, that’s mandatory. It comes under the medical insurance that they have it covered for the workers. But now as shoots have stopped, there has been no arrangement made to get our artistes vaccinated.” According to Maurya, not more than 25 per cent of the FWICE members have been vaccinated so far.

As several television and film shoots, including Mohit Suri’s Ek Villain 2, Star Plus’ Imlie and Zee TV’S Kundali Bhagya, have shifted outside Mumbai since the lockdown on April 15, FWICE has been waiting for its workers to return so that they can take up the vaccination request with producers again. “Many of our workers are out in Goa, Gujarat, Hyderabad to shoot. Some had gone to Delhi but because there is lockdown in the capital so they have decided to go back to their home towns. Once they are back from their shoots, vaccination process might start,” he said.

While these shoots come as a relief to the artistes, even they are not going smoothly due to Covid-19 cases on sets. “There are a few shoots happening outside Mumbai but then we learn that someone or the other gets Covid and the shooting is stopped.”

For junior actors, make-up artists, background dancers, lightmen and spotboys, the fight during the pandemic is not about work or health. It’s about both, and more importantly survival, which is getting difficult as there’s little food left on the plate and the worry of the mounting rent is eating them up.

“The situation is no less than what happened with migrant workers last year. Our workers just cannot survive without any help. And there’s been no help this time. We aren’t asking actors because even they have suffered losses as their films failed to hit theatres. So, if someone wants to give anything on their own, we are happy to take it. I won’t be surprised if our artistes start walking back to their towns. This is such a helpless situation,” he says.

Kirat Kaur, who had recently signed a few films that are supposed to go on floors in August, is now spending her days praying she survives the nights. “We are jobless. The landlords are not refusing to even give us some concession in rent. Everyone knows how difficult it is to secure a roof in Mumbai. We aren’t earning a penny. The lockdown has rendered us broken. Where do we go? No one has come forward with any financial aid or even help with groceries. How are we supposed to survive this till May? The PM talks about women empowerment but why has there been no help from the government for under-privileged women in the industry? Don’t our lives matter? Our rents should be waived off till the restrictions are in place.”

There are many like Kirat, whose Bollywood aspirations faced relentless stifling at home, and hence don’t have the option to return to their families now. “Who will accept us? We have fought with our people to come here. We have been trying to nurture our dreams one day at a time but this period has killed our spirit. What hurts more is the lack of help from the industry and the government. Tomorrow if we take an extreme step, who will take the responsibility? Last year was also difficult but at least help in the form of ration came for many of us. It felt we were cared for. But there is a sense of apathy this time, which boggles me.” 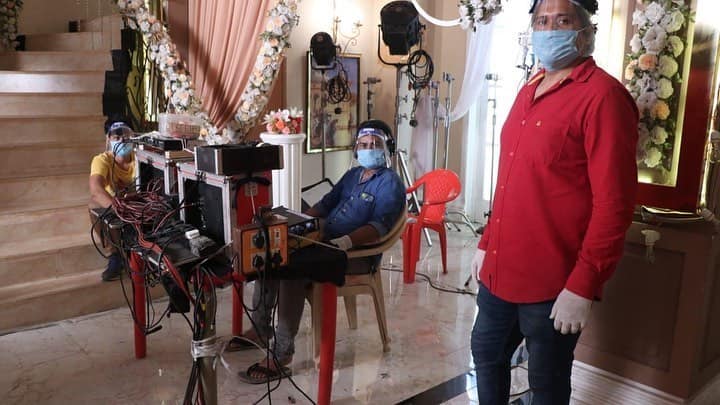 So, will the people, who toil for months to construct a set, whose work begins hours before the stars arrive and continues till much after they are gone, who stand in the sun without an umbrella and go on to be all the faces that you see on screen but never notice, be ignored yet again? Tiwari tells indianexpress.com that television producer Manish Goswami is the only celebrity, who has offered groceries for daily wage workers. “Manish Goswami has assured he will provide groceries for 100 of our artistes. We will give them to the most needy.” Besides, FWICE has sent a letter to Netflix reminding the streamer to pay the remaining amount of the aid it had originally assured to the artistes last year.

“We have written a letter to Netflix requesting to provide us with financial aid of Rs 3.5 crore, which is the balance amount of the seven crore that they had assured us last year. So we sent them a reminder. We have also written a letter to Amazon Prime Video. Channel people have never contributed though.”

Salman Khan starrer Radhe to release in theatres on Eid 2021

Game Of Thrones finale: Fans panic ending will be a massive letdown

Alleged Michael Jackson victims: We didn’t get paid for documentary