Coronation Street‘s Sean Tully faces his worst nightmare next week as he loses his last source of income.

Sean will be sacked by new Rovers bosses Johnny and Jenny Connor after he’s caught sneaking out a freebie to Frank, one of his homeless friends.

The popular barman has been sleeping rough over the past few weeks after being kicked out by his friend Fiz Stape and failing to find alternative living arrangements.

Sean has carried on working at the pub regardless, determined to carry on as normal and pretend that everything is fine. 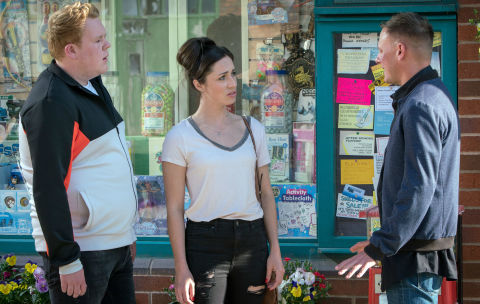 After having his wages robbed this month, Sean has been holding out hope of getting back on his feet when he’s paid next – but those dreams are shattered when Jenny catches him stealing from the business.

“Thinking the coast is clear, Sean helps himself to a vodka behind the bar, intending to take it out to Frank,” a post on Corrie‘s official site confirmed.

“However, Jenny catches him red-handed and when he fails to provide an explanation, Jenny tells him she has no option but to fire him.”

The sad development paves the way for the next stage in Sean’s storyline, as he realises that he’ll have to start begging on the streets in order to get cash. 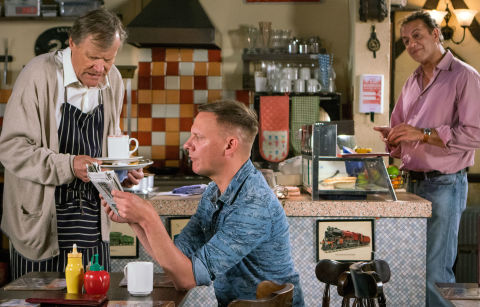 Antony Cotton, who plays Sean, previously told us: “For me there’s a real truth in it. It’s a character-based storyline, which we all know Coronation Street does better than anybody else. Sean is not homeless because of another issue. He ends up this way because of his pride.

“He doesn’t become somebody who’s filthy with a cap in hand. It’s a real process. He has to think about when he starts begging. He doesn’t just do it.

“Through the story, he’s still Sean. The one thing I hope that people take from it is that thought of, ‘God – that could happen to anyone’.”

I have become more courageous now: Shruti Haasan on her recent choices