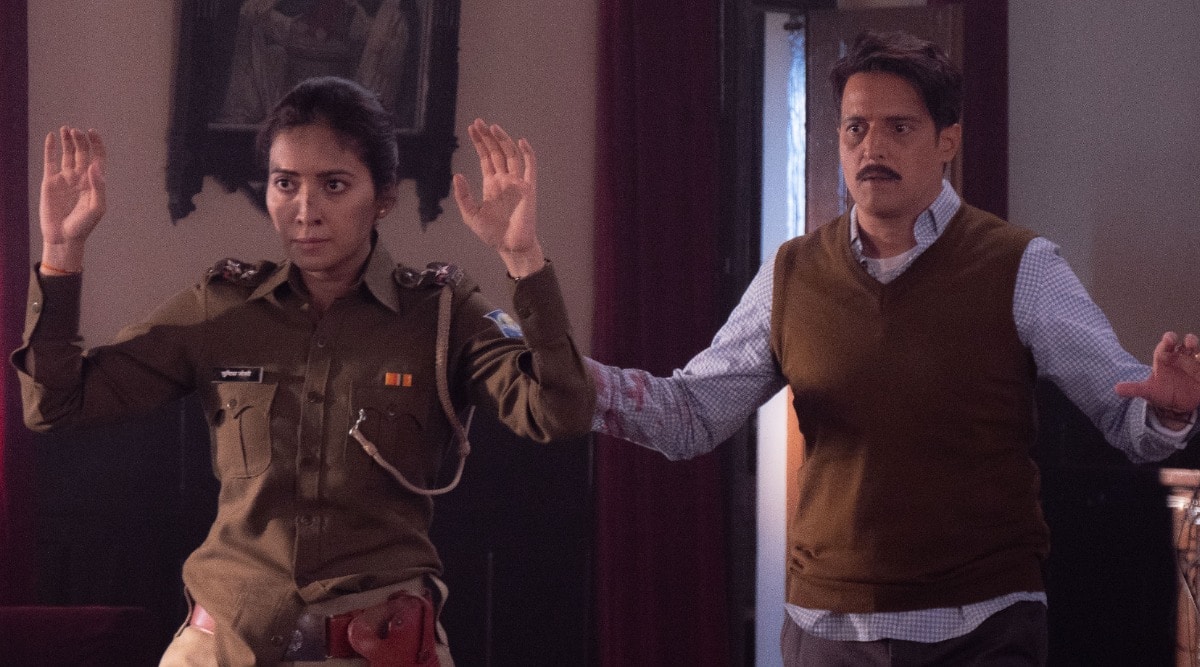 Collar Bomb, starring Jimmy Shergill, is out on Disney+ Hotstar. Also starring Asha Negi, Sparsh Shrivastava and Rajshri Deshpande, the crime thriller has been directed by Dnyanesh Zoting. While Collar Bomb will keep you hooked, some glaring loopholes make the film predictable, at least for fans of the genre. Given that it is just 86-minutes, a stronger script would have made it a tighter, engrossing watch.

Collar Bomb opens with Akshay (Naman Jain from Chillar Party) asking his father, former supercop Manoj Hesi (Shergill), why he left the picturesque Sanawar. The boy has got a seat at the town’s top school St George, and later realises that it was thanks to his father solving a complicated case relating to a student’s death. He is left fuming that his admission was a ‘thank you’ for his dad and not due to his academic prowess. This acerbic dad-son conversation is crashed by a suicide bomber, with a collar bomb and a list of demands. Manoj has to complete three tasks, or ….

As the fight to finish begins with Manoj trying to save his son and other kids in the school, the shadow of his ‘purana paap’ looms large. Old secrets come tumbling out and just as we are settling in, the secret is unceremoniously revealed. Connecting the dots are a child’s play after that, making the rest of the film predictable.

Jimmy Shergill once again impresses as the super cop, as does TV actor Asha Negi. The script allows us to see a new side to the actor who has done goody-two-shoes roles till now. She plays a young cop who never blinks, whatever the pressure. Balika Vadhu actor Sparsh also delivers an honest performance. As for Rajshri Deshpande, our high expectations meet with slight disappointment.

Just like a perfectly made dish that doesn’t have enough salt, there is something amiss with Collar Bomb. You keep waiting for that wow moment which never comes, but if you want a serviceable thriller for a weekend watch, you can give it a try.

Covid-19: Bhutan fully vaccinates 90% of eligible population in a week— here’s how