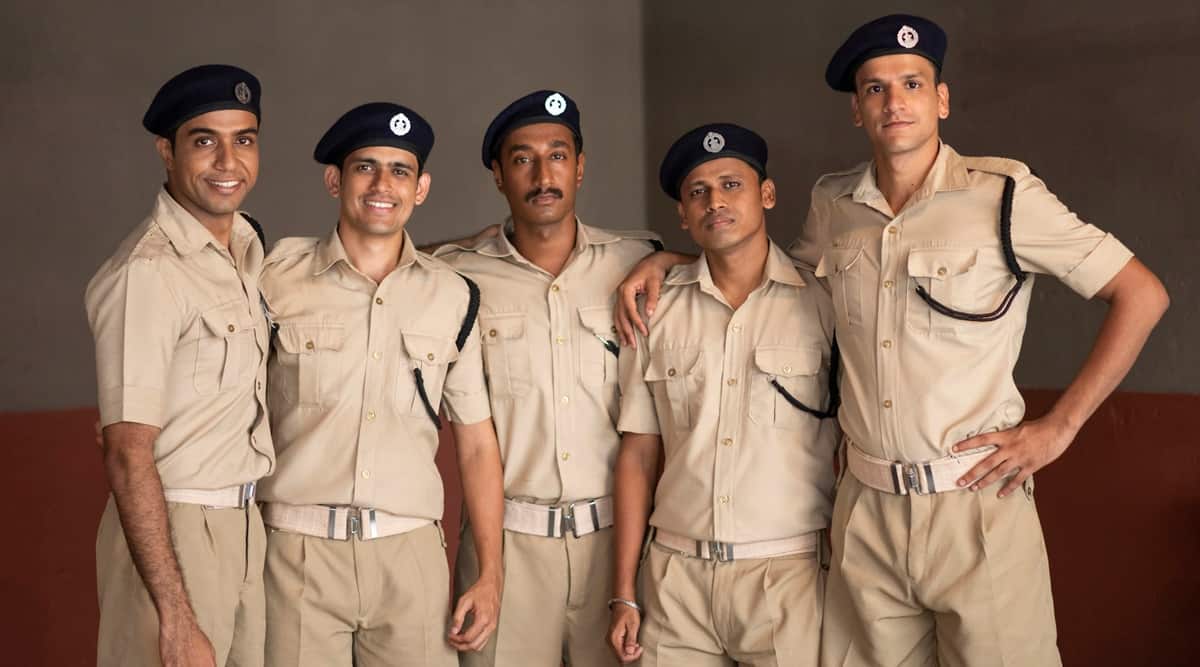 Bobby Deol’s movie Class of ’83 opened to positive reviews on August 21. The Netflix film was also praised for director Atul Sabharwal’s recreation of 1980s’ Bombay. But, amid all of it, the debut of five actors, Hitesh Bhojraj, Sameer Paranjape, Bhupendra Jadawat, Prithvik Pratap and Ninad Mahajani has not gone unnoticed.

The five debutants sat down with indianexpress.com for an exclusive chat, discussing everything from producer Shah Rukh Khan’s conviction in them, reliving the 80s when guns and gangsters ruled the Bombay landscape, and their theatre background.

Q. How was the experience of being launched by Shah Rukh Khan’s Red Chillies Entertainment?

Bhupendra: I was in Class 12 when my father told me I was tall enough to join the police force. Though that couldn’t happen, I did manage to play a cop in my first film (laughs). My family is finally content that I’ve managed to deliver something worthwhile. They always had their concerns about what I’d do after coming to Mumbai. People are taking us seriously now.

Hitesh: This is what dreams are made of, where you have SRK launching five new boys in a Netflix release. Also, there’s a particular word used for an aspiring actor — ‘struggler’ — which I don’t like. We also do our work, give auditions, enact plays. Struggle will be there for life, at least people won’t call us a ‘struggler’ now.

Q. You got to wear the uniform in your first film. Was there any concern over that?

Sameer: Wearing a uniform is a proud feeling, and a responsibility too. We are immature, so we were worried we would end up doing something wrong. The gesture, mannerisms, body language when you wear a uniform, how to use weapons, we were trained for all. Our director Atul sir was so focused that we could never go out of character.

Q. Your onscreen bonding comes off as real. Did you guys ever feel any kind of insecurity about the screen time?

Sameer: We were tried for different characters, and were given chances to improvise. So our bonding began from the day our casting director, Abhimanyu Ray, told us we had been shortlisted. When an artiste who’s been selected with you performs well, you feel great and appreciate them. That’s exactly what we felt and that reflects in the film too. It is often said that actors are selfish about screen space, but that never happened with us. We always encouraged each other to give the best and own the scene.

Q. The film depicts the 80s in a realistic way. Any interesting shooting experience you had on sets?

Ninad: We shot at an actual mill that’s now shut. It’s this humongous space in the middle of Mumbai, where you don’t expect such a big space. It’s idle like a ghost town. The machines still had the yarn. We couldn’t help wondering what the mill workers must have gone through. These were livelihoods, and suddenly someone tells you you can’t go there from tomorrow.

Q. And then you were to share screen space with Bobby Deol. Was he intimidating?

Sameer: The way Bobby sir made us comfortable on and off the set was great. The five of us had managed to bond even before getting on the sets, but there was the obvious pressure of facing Bobby sir, because he’s a star and such a senior actor. We were definitely nervous about that. Credit goes to him that he made us comfortable.

Q. All of you come from theatre. Does a theatre background help in understanding the filmmaking process?

Prithvik: I had worked in the Marathi industry before this. It’s easier there because it’s your mother tongue. This was my first Hindi film so I had to work on the language. But theatre did help, because you get used to the one-take method. That was on our mind while shooting the film too. We wanted to impress our director and co-stars. Of course, the other technical aspects were very different and we had to work on that.

Ninad: I think of theatre as a marathon and a film as a 100-metre sprint. So you need a longevity of say a Mo Farah and the pace of Usain Bolt to conquer everything. Theatre gives you that additional strength, longevity, the patience. We rehearse for two months before going on stage. You don’t get that luxury in a film. Sometimes, the dialogue are changed on set. That’s when you have to get Usain Bolt into play, think quickly. Films also mean adjusting to everything around you — lights, deflectors. It’s about maintaining your calm. Theatre is mostly about you and the actor in front of you, but on camera, acting means 200 people around you. So we all get that calmness from theatre. I think that’s why we were tested so many times —  to check if we can last for long when the stakes are so high.

Bhupendra: Theatre helped me understand how to approach a character. As people say, in films, acting is reacting to a situation. But theatre taught us it’s not limited to only that. Acting is life, where you understand things according to your perception. The training part of theatre did make it easier to understand the character.

Hitesh: I had done ads before this, but that just gives you a taste of how it’s like being in front of the camera, not how to develop a character. A theatre background helps in the discipline of being an actor. That brings along a lot of preparation. What goes behind that take you give on camera, is what theatre gives you. 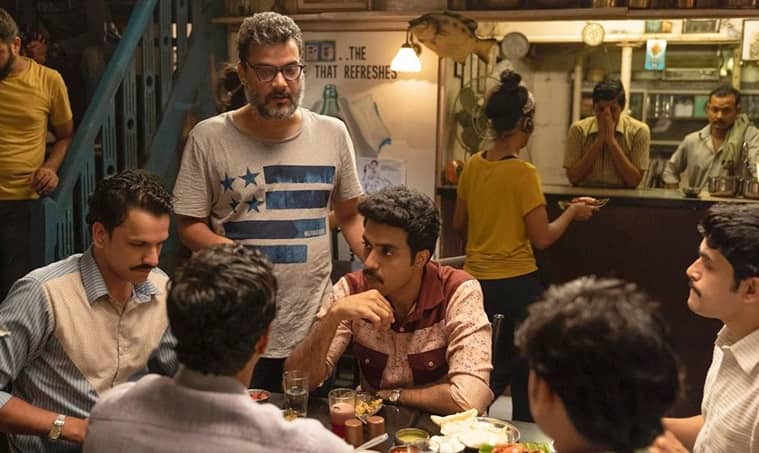 Q. How is Atul Sabharwal as a director?

Sameer: He was also the dialogue writer, so I believe a lot of work went at the scripting level. We were told that barring the improvisations on the spot, we had to stick to the script as closely as possible. Speaking the dialogues is an actor’s job, but what you are doing when you don’t have a dialogue in the frame, that defines whether you are in the character or not. Atul sir had explained that to us very minutely. He was very clear about the smallest detail.

Q. Tell me a scene all of you enjoyed performing the most.

Ninad: The dinner scene as in it everyone is showing their characters. Varde is smart, Shukla is careless, Surve is trying to light a fire, Aslam is calm and Jadhav has his ego boiling. So I think that scene tells everything about each character. It’s also very well directed, lit and shot.

Prithvik: Our phones haven’t stopped ringing. That’s a huge change. Earlier, our popularity was limited to a small region, or our families. Now the love is flowing from all over the world. All of us are taking this positively because this is going to be our motivation and energy going forward.

Superman 4 star Jon Cryer is going to play Lex Luthor on Supergirl, and that's not a joke

Malavika Mohanan calls out sexist ‘Master’ tweet, then deletes it

I am available for the SA T20I series, says Mithali Raj