Don Mancini, the gay man who created the Chucky character, enjoyed “consciously injecting” queer content into the films, he said, but Chucky is “the most autobiographical” work of his career. There are many delightfully gruesome scenes that fans of the Child’s Play horror movies will devour in Chucky, the new show based on the popular franchise. The bloody death by dishwasher is a doozy.

But newcomers to Chucky, the foul-mouthed killer doll who first terrorised viewers in 1988, might be more surprised by what happens in Episode 2. In it, Jake (Zackary Arthur), a 14-year-old boy who unknowingly purchases Chucky at a yard sale, is miffed that the little maniac has read his diary entries about his crush on a classmate, Devon (Björgvin Arnarson). That’s when Chucky tells Jake about his own queer and gender-fluid child.

He is a monster, of course — an icon of horror cinema with a seven-film canon. But Chucky is also a PFLAG dad. 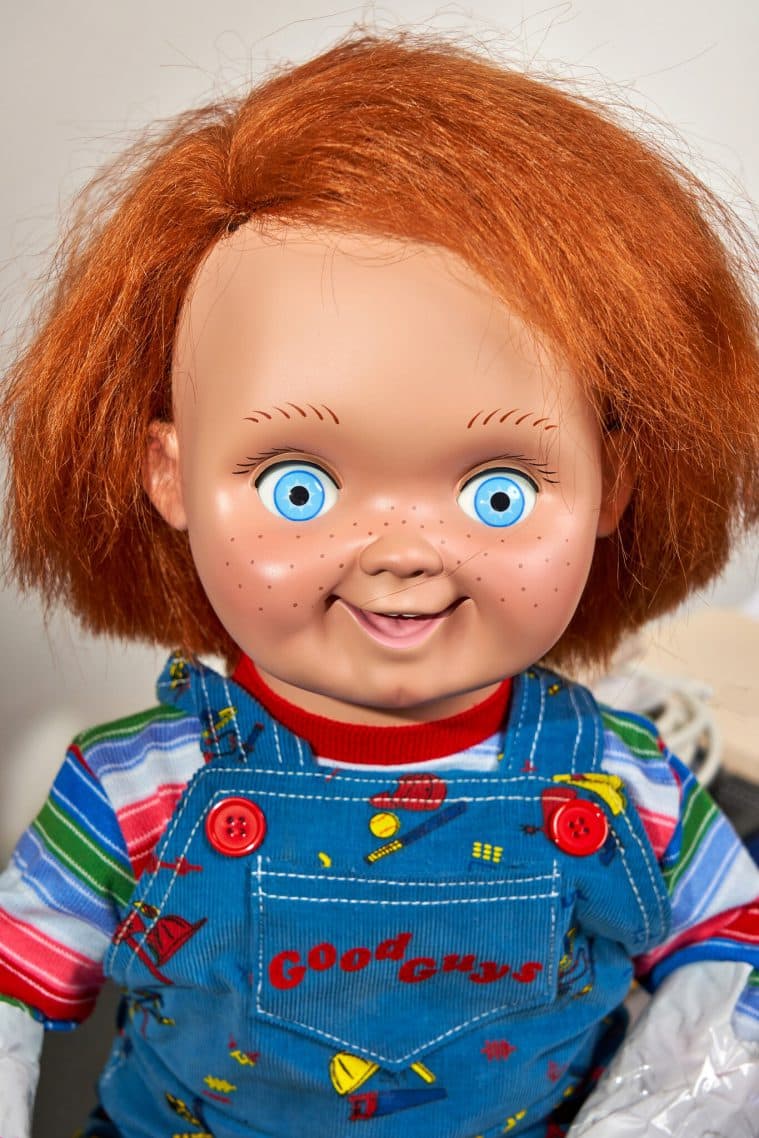 For Don Mancini, the gay man who created the Chucky character, Chucky (premiering Tuesday on USA and Syfy) is more than just the franchise’s first foray into episodic television. Its eight episodes offer a chance to pursue some deeply personal themes, including a gay boy’s puppy love, that he wasn’t able to explore when Child’s Play hit theaters 33 years ago.

“I wanted to create a final boy instead of a final girl,” said Mancini, 58, in a video call from his home in Los Angeles. “It’s not something I ever saw when I was Jake’s age. Fortunately, the world has turned.”

Television is no stranger to gay teenage characters in 2021; given the frank depictions of teen sexuality in shows like Euphoria and Sex Education, Generation Z might greet Jake’s desires with a yawn. Arthur, who recently turned 15, said in an email that it was “an honour to represent” LGBTQ teenagers onscreen.

“I would be friends with Jake,” he wrote.

Mancini, who created the TV series, knows that Jake’s sexuality might rattle some horror fans. It would be, he said, as “if Frankenstein came out as bi.” He has received death threats from a fan who was upset to learn Mancini was gay.

“But I’m in a position to do it, so why not?” he said. “The idea of causing some people’s heads to explode was catnip to me.” 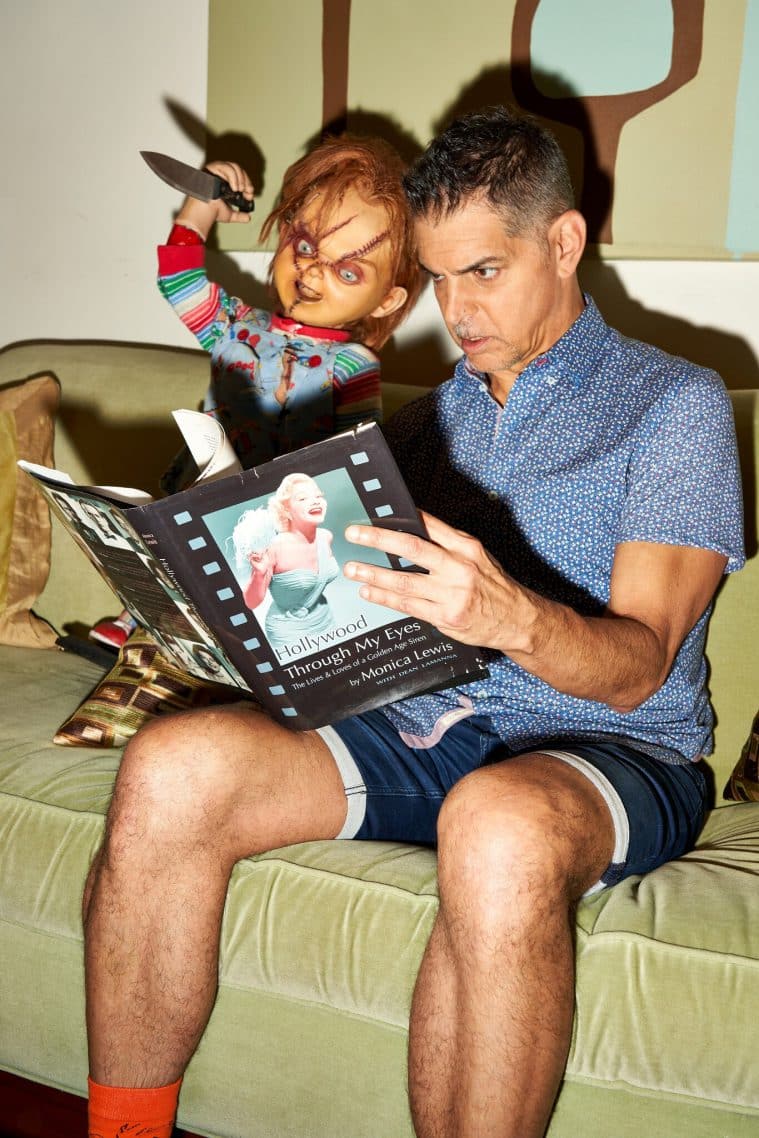 Buzz around Chucky has been building since 2018 when Mancini first announced the series. Production was delayed by a clash over rights to the Chucky character, a conflict that resulted in a 2019 Child’s Play reboot that Mancini wanted nothing to do with and that Chucky fans mostly disregard. (Mancini co-wrote Child’s Play and wrote the other six films that are considered part of the character’s canon, and directed three of them.) Then came the COVID-19 pandemic, which delayed shooting until March of 2021.

The show’s earliest seeds, however, were planted long ago. Mancini grew up with his parents and four sisters in Richmond, Virginia, and he caught the horror bug watching the proto-queer Gothic soap opera“Dark Shadows. He came out while studying film at UCLA in the ’80s; Mancini remembers hearing about fights over Cabbage Patch Kids at the time and thinking “about using a doll as a metaphor for marketing gone awry.”

Two films from 1984 were touchstones: Gremlins, with its creepy animatronic creatures, and A Nightmare on Elm Street.

“Freddy was a villain with a very distinct sense of humor, someone who could taunt victims verbally,” Mancini said in a 2019 oral history of “Child’s Play.” “I was quite consciously influenced by that with Chucky, the idea of an innocent-looking child’s doll that spouted filth.”

Mancini could have enjoyed the global success of the Child’s Play franchise and called it a night. But even after several decades of Chucky, he wasn’t done. “I love the character of Chucky, and I don’t get tired of him,” he said. “But in order to keep it alive this long, it can’t just be about a killer doll.”

Once shooting finally began, in Toronto, it took about 100 days to complete. A group of six or seven puppeteers at a time worked in close quarters to bring Chucky to life — the doll is “99.5% puppet,” Mancini said — which made following coronavirus protocols extra important. (An actor sometimes performs as Chucky’s double.)

Mancini’s preference for practical effects over computer-generated ones goes back to the first film.

“I’m old school, but I think it’s much more fun to do things practically,” he said.

The queerness of the series won’t surprise longtime Chucky fans: Child’s Play may be the queerest of the big horror franchises. A gay supporting character died a spectacular death — a horror badge of honour — in the fourth film of the series, Bride of Chucky (1998), which also signalled a pivot to campy horror-comedy. Seed of Chucky (2004) introduced Chucky and his bride, Tiffany (voiced by Jennifer Tilly), to their transgender child, who goes by Glen and Glenda (a shout-out to Ed Wood’s B-movie Glen or Glenda). Other gay characters appear in Curse of Chucky (2013) and Cult of Chucky (2017).

Mancini enjoyed “consciously injecting” queer content into the films, he said, but “Chucky” is “the most autobiographical” work of his career. It’s there in small details, like the poster of the cast of The Outsiders that Jake has in his bedroom, the same one Mancini had as a kid. (Unlike Jake, Mancini did not hang it next to a Pride flag.)

But there are darker memories embedded in Chucky, which follows the doll as he terrorises Hackensack, New Jersey, in order to protect Jake from bullies. (It’s not as heroic as it sounds.) Mancini experienced bullying and abuse from his own father for being gay, he said; one particular scene from the pilot, in which Jake’s father (Devon Sawa) hits the boy during an argument over Jake’s sexuality, was particularly challenging.

“The actors and crew were aware that this was very personal to me,” said Mancini, who wrote and directed that episode. “It was cathartic to see it acted out.”

To help him swim in such emotional waters, Mancini brought back longtime collaborators from the Child’s Play universe, including Brad Dourif, the original voice of Chucky, and Alex Vincent, who reprises his role as Andy, Chucky’s young owner in the first two films.

Also returning is Tilly, a close friend of Mancini’s and a major player in the franchise, having portrayed Tiffany in four films. (His chunky gold necklace that reads, “CHUCKY DADDY”? It’s from her.)

Tilly said that she believed “all people who are disenfranchised” will feel seen in the show’s underdog through lines and complex family dynamics.

“The show has really important lessons, but it’s not like an ‘After School Special,’ ” she added. “In its humanity, it’s going to show people how the world is and how to behave.”

'Chhapaak' not screened in Aligarh as Hindutva outfit puts up posters