Melissa McCarthy loses herself in the role of a woman who showers more love on a cat than anybody, including herself. But it is Richard E Grant who is stunning, especially in one of his last shots, which feels like a genuine goodbye. 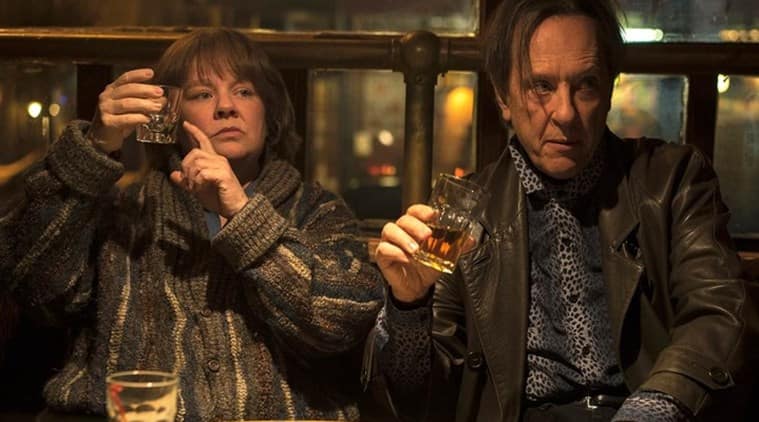 Three months after McCarthy got an Oscar nomination for her role as a real-life forger of literary letters, Can You Ever Forgive Me? has hit Indian screens. The real Lee Israel would not have been surprised at this seemingly low enthusiasm. As the film shows, one of the reasons Israel’s career as a writer declined is her personality. She is considered too rude, too unpleasant, too unappealingly dressed and too disdainful of publicity for her books to sell. Seeing a gleaming Tom Clancy, with a $3 million advance and a fawning group of fans around him, at a party, Israel quips that she longs for “the confidence of a mediocre white man”.

Israel’s publisher is so blunt as to tell her that she can be an “a…hole” once she is successful. Till then, she has to at least play nice.

McCarthy and Heller remain true to Israel in depicting the late writer as she is, in unapologetically mousy hair, unkempt clothes, dirty house, foul language, and a belief that she is truly, really better alone. And yet, Israel opens up almost instantly when, ignoring all that, Jack (Grant), an obviously gay man of a dubious past and colourful present, waltzes into her life. The film is less blunt about Israel’s sexuality, teasing it out with a very good and an equally timorous Wells playing Anna.

It’s the desperate need for money that drives Israel to try her hand at forging letters by famous writers and actors, and selling these to bookshops, which sell them along to enthusiasts. The fact that no one has any doubts about where these letters are popping up from is surprising. But what is more unsatisfying is the film’s failure to connect with Israel at a deeper level of a writer who has been forced to pretend to be someone else. While Israel insists she sees her forgeries as works of art too, with her capturing the voice of the person she is pretending to be, it is hard to believe it didn’t hurt.

McCarthy loses herself in the role of a woman who showers more love on a cat than anybody, including herself. But it is Grant who is stunning, especially in one of his last shots, which feels like a genuine goodbye.

Restore agriculture’s broken link with nutrition. That is solution to India’s hidden hunger

If grand alliance wins, each leader will be PM from Mon to Sat: Amit Shah