People are easily convinced to take lives as though it’s a game of passing-the-parcel…
Crime is not merely romanticised and rationalised, but also rewarded, points out Sukanya Verma.

Abhishek Bachchan’s dual dilemma is back for a second season of Breathe: Into the Shadows with his faithful beard and fewer episodes.

Once again though, it’s contrivances not cleverness that drives creator Mayank Sharma’s vendetta-seeking plot, in which every single target represents a vice inspired by Raavan’s ten head symbolism.

Where the terribly drab first season of Bachchan’s OTT debut bumped off four from the list and focused on the roots of this revenge, the brand new edition goes full steam completing its deadly goals.

But its saggy pace and cliché-filled writing further bring down an already foolhardy premise. There’s no semblance of complexity around the crisis even as a mentally-unsound murderer on the loose goes about settling scores with a creepy new accomplice.

Urgency and desperation are no longer a recurring theme of the Breathe series. Mindless retribution and zero accountability take over as episode after episode cursorily highlights why the person about to kick the bucket had it coming.

Between its wannabe wicked tone that regularly at loggerheads with the righteous anger of a serial killer, sporadic concern for mental health and problematic past of its offenders and saviours, the hodgepodge unlocks new levels of farfetchedness.

People are easily convinced to take lives as though it’s a game of passing-the-parcel. There’s never any hint of remorse. First-time killers here could put cold-blooded assassins to shame.

Let’s not even talk about the extraordinary privacy they enjoy no matter how public the crime scene. Crime is not merely romanticised and rationalised, but also rewarded in season 2.

If you haven’t watched the earlier season, there’s little point in seeing the follow-up. But if you have, here’s jogging your memory. At the last count, Avinash (Bachchan), a prominent psychiatrist in Delhi was revealed as the mysterious killer and kidnapper J behind the mask.

Triggered by a childhood trauma, J seeks to avenge anyone who’s ever wronged him at some point in life even if he has to mastermind his diabetic daughter’s kidnapping.

His chef wife Abha (Nithya Menen) has her own demons to deal with while apprehending J provides super cop Kabir Sawant (Amit Sadh) another feather in his cap. There’s also Shirley (Saiyami Kher), a shadowy sex worker J shares a special connection with.

It was always a thin thriller to begin with that stretched all the way to 12 tedious episodes. Director Mayank Sharma overstuffs the sequel with characters J wants to take down while receiving ample assistance from his creepy benefactor Victor (Naveen Kasturia).

Victor’s backstory and bachpan issues are a no-brainer as is the identity of J’s final victim in a plot, which doesn’t even bother to imagine anything outside the done-to-death.

Same old murder weapons and machinations, same old tricks and twists, same old brooding Kabir Sawant fighting the system, there’s nothing remotely exciting about its monotony or absurd developments that want to pass off cock and bull as crafty.

It’s the sort of nonsense where phone and people are traced for three fourths of an episode only to be informed they are barking up the wrong tree.

Against this exhausting outwitting scenario, Abhishek Bachchan strives to play both cat and mouse. ‘Save papa from bad uncle,’ demands his kid. ‘Keep chilling and keep killing,’ recommends his new partner-in-crime.

What is, probably, the only fascinating dynamic of inner conflict in this otherwise inane show is left high and dry for lacklustre violence.

Except for dying and doing evil deeds, there’s no real attribute among members of J’s hit list ranging between an egoistic doctor, a blind ventriloquist, a perfume making convict in Kannauj, a brash automotive expert, so on and so forth.

Despite the feeble writing, Abhishek packs in a lot more heft as a resigned being weighed down by the burdens of his mind monstrosity. His grizzled presence and unhinged gaze threaten far more effectively than the mock mean tone of his alter ego.

Often though Breathe: Into the Shadows 2 appears far more taken in by the hammy hijinks of Naveen Kasturia’s ‘I want to live life like a choppy sea’ motto. Props to him for giving it his all.

Even Nithya Menen’s grounded aura struggles around all the nonsense she has to convey. ‘Pehli baar lag raha hai kuch galat kaam kar rahe hain,’ she declares in a moment of misplaced naivete when every second of its eight episodes reek with misconduct.

Ditto for Amit Sadh and his valiant attempts to stay solemn around its increasingly laughable strategies.

By the time, the final episode arrives at its foolish and foregone conclusion, it’s quite clear that more than Avinash it’s the show exhibiting a personality disorder.

Breathe: Into the Shadows 2 streams on Amazon Prime Video. 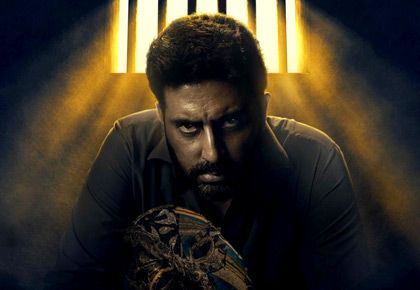 Jacqueline Fernandez on #MeToo: Sad truth is sexual predators are all around us

Stocks to build a long-term portfolio

In Rajya Sabha, PM Modi praises NCP and BJD, slips in a dig at Congress