Bradley Walsh might be the most senior figure among the new Doctor Who cast, but he actually had to be ‘aged up’ for his role as new companion Graham.

Graham’s hair had to be greyer than Walsh’s own, but the star’s commitment to ITV quiz show The Chase meant that dyeing it was out of the question. 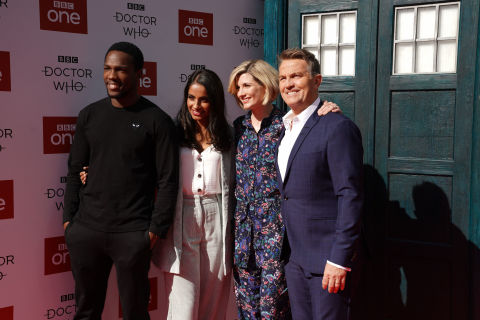 “Fortunately, at my age, I’m not too grey,” he said at the launch of the new series in Sheffield. “But I needed to be much, much greyer – and, rather than colour my hair, because of another job I do, I had to have a wig made.

“I liked the transformation… it was really good!”

Walsh, who previously worked with new Doctor Who showrunner Chris Chibnall on ITV’s Law & Order: UK, revealed that it was his son who convinced him to accept the role of Graham. “When I went home after having a bit of lunch with Chris, my son said, ‘Oh Dad, you’ve gotta do that! You’ve gotta do it’. 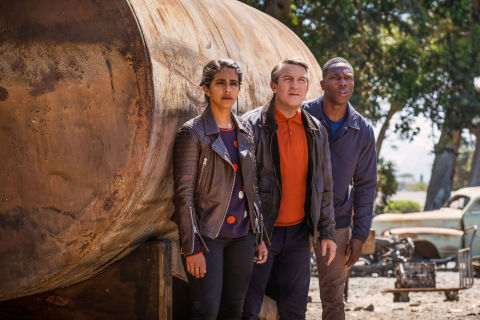 “I remember the days of Bill Hartnell and Pat Troughton, the black and white days, the glory days, when it was really horrific for a young kid to watch it, very frightening, and to be part of that now… for me, it’s a bit mind-blowing!”

Doctor Who – starring Jodie Whittaker as the new Doctor – will relaunch on Sunday, October 7 at 6.45pm on BBC One, with first episode ‘The Woman Who Fell to Earth’. 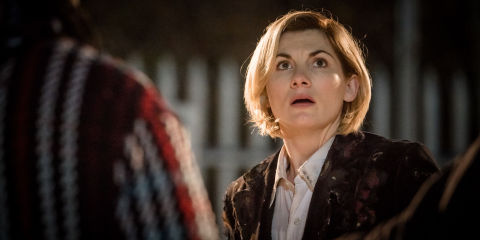 Walsh promised that the episode would push the long-running sci-fi series “in a new direction”, adding: “It looks sensational, [but] that’s an introductory episode – the rest really does take off. It’s extraordinary. I think you’re going to be blown away by it, I really do!”

Chidambaram says Kerala needs do more on the economic front