The Monsoon is here, and time to bring out the chhatris.

But in our movies, even the most basic articles of necessity become the source of romance and drama.

Like rainy day lessons, its many uses in storytelling and fashion.

Sukanya Verma lists the many umbrella moments of Bollywood.

Shah Rukh telling Madhuri her million-dollar smile causes a downpour before they break into a Chak Dhoom Dhoom jig is why Yash Chopra is our benchmark for silver screen romance.

Preity waits for Saif next to the Bull of Wall Street in pouring rain giving us a glimpse of their sweet friendship and fun chemistry.

For all her street-smart ways, Kareena’s Chameli is just a regular girl enjoying the feeling of raindrops on her face like everyone else. Fashion forward Jacqueline Fernandez gives her nerdy look in Kick a pop of colour by way of a red umbrella.

Manisha Koirala’s red umbrella adds a touch of romance to the setting before she and Anil Kapoor proceed to enjoy the pleasures of ‘rimjim rimjim‘ against Himachal’s hilly setting. 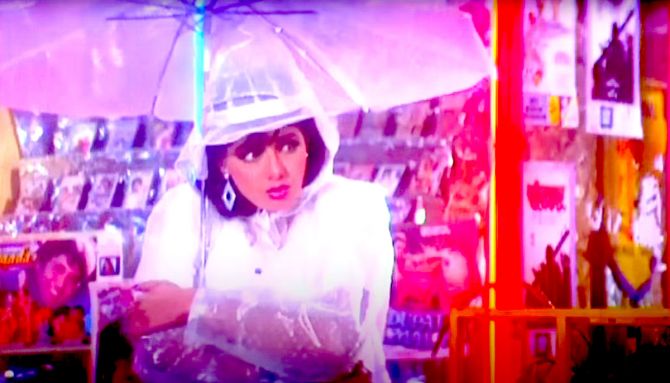 Sridevi;s transparent umbrella in Chaalbaaz ranks up there in Bollywood’s pile of super cool memorabilia.

Sonam and Ranbir Kapoor’s big debut may have sank at the box-office but the duo gets full points for surrendering to Sanjay Leela Bhansali’s grand, old-fashioned aesthetics.

Akshay woos Ayesha Jhulka against a background of colourful umbrellas for a song sequence in Khiladi.

If you thought boring kakaji chhatris don’t have any takers among Bollywood’s hottest, Deepika wants you to rethink.

Aamir dancing under Neelam’s balcony all through a rainy night with an umbrella in tow is stuff of Bollywood’s cheerful tip tip memories.

Akshay’s umbrella and caution are both tossed in the wind as soon as he learns of seductive Raveena’s Tip Tip Barsa Paani intentions at an under construction building in the iconic rain song of Mohra.

Ranbir and Katrina discover their common stuttering problem and love for moong dal pakodas in the middle of a downpour in Rajkumar Santoshi’s breezy 2009 romance. Kareena and Salman let the umbrella do all the body-guarding amidst all the pitter patter while acknowledging Teri Meri Meri Teri Prem Kahani Hai Mushkil. Rani and Saif decide to let go of the umbrella and embrace the rain in a symbolic moment, quite typical of Bollywood, in rom-com Hum Tum. Anurag Basu’s story of criss-crossing relationships of Mumbaikars introduces its key protagonists going about their daily lives in the middle of pouring rain. Raj Kapoor and Nargis declaring their feelings to the tune of Pyar Hua Iqraar hua under an umbrella remains the most iconic visual of romance and rains in Hindi cinema. 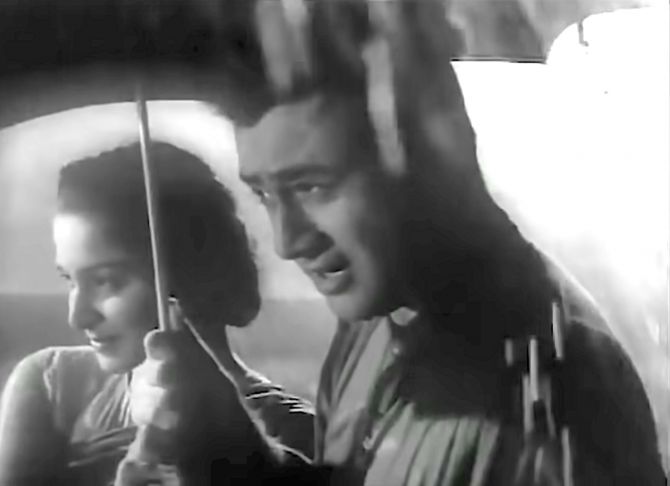 Dry days do not deter the umbrella. And it makes an appearance every now and then to offer shade to its tan-conscious heroine. 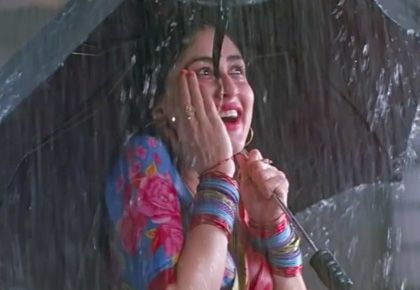 Manoj Bajpayee backs Milap Zaveri as he accuses KRK of being ‘horrid’ to Sushant Singh Rajput in past: ‘Trying to profit off a tragedy’

‘General Hospital’ Spoilers: Oscar Is Ready To ‘Let The End Of His Life Begin’