Bob Biswas movie review: Every time Abhishek Bachchan gets a killing flare in his eyes, he makes us look. But parts of the plot are predictable and flat. One of the most striking characters in Sujoy Ghosh’s 2012 Kahaani was the unctuous, seemingly inoffensive, nondescript Bob Biswas. If you passed him by on the street, you would not even notice him, an enviable quality in a contract killer. Mr Biswas fulfilled his assignments with efficiency, showing up wherever he was required to be, pulling out his gun, and shooting his victim neatly between the eyes. Saswata Chatterjee played him with a smiling menace: you would not want to meet this man in an empty alley. This time around, Abhishek Bachchan plays the life insurance agent who makes a living by taking lives. We smile morbidly, as we are meant to. The body count is higher than the previous film, the cold-bloodedness of the killings rivalling even the most hard-edged Hollywood thrillers. There are real stakes that this new Bob faces as he goes about his business: not just his own life, but the lives of those he loves most, his wife and children, can be at serious risk.

When Bachchan starts as he means to go along, we sit up, because here’s an actor giving up on vanity, one of the first signs of willingness to actually get into the skin of a character. An amnesiac Bob has emerged from an eight-year coma, reunited with his wife Mary (Chitrangada Singh) and two children, and is slowly coming to terms with the fact that he may not be a good man. That he is one of the worst men, because he asks no questions, just kills people.

The reason why the original Bob caught our fancy was that he was a real nowhere man. He came and went, while doing what he had to. Here, we see a far more concrete Bob, and that takes away some of the mystery. This Bob struggles with his memory loss, the inability to find closeness with his wife, and the troubles his teenage daughter seems to be in. Which is fine and dandy but Mary seems strangely distant and matter-of-fact: why, if there’s been such a gap and presumably so much missing and worry, is there such a workaday feeling to her getting her husband back? The character’s fuzziness rubs off on the actor, making Chitrangda’s Mary never quite convincing enough.

And while Bachchan Jr has clearly worked hard at the physicality of his Bob — a paunch, a grey patch in the middle of the head, deliberate gait, thick glasses — and does a good job of being at the other end of a lethal barrel, he doesn’t exude satisfactory menace. His Bob is never as scary as the original, and that right there, is the chief problem.

In the mix is a contraband drug called Blue which is meant to ensnare desperate students, the bad guys who make the drug, and the guys who sell and distribute. Pre-coma Bob was a tool for the baddies, now they want him back. But now, he has a family, and he needs to re-route. Will he be able to? 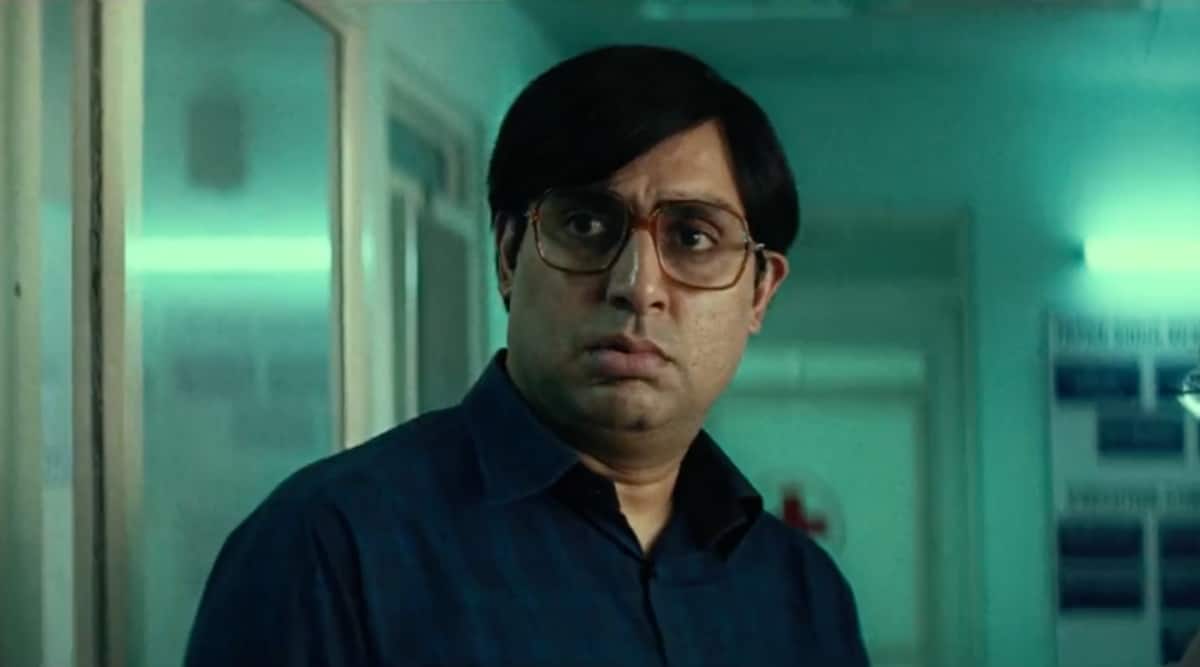 In this film, directed by Ghosh’s daughter Diya Annapurna, the most interesting character trophy goes to an elderly, twinkling man who presides over a pharmacy full of lotions and potions. He is the bridge between good and evil, even as he has his own strong rules about right and wrong. Every time the film stops off with him, and his encounters with Bob, it brightens. Every time Bachchan gets a killing flare in his eyes, he makes us look. But parts of the plot are predictable and flat. Kahaani successfully unsettled us, and the ending was a humdinger. Here, we kind of, sort of, have an inkling. There’s a nice little nod in the end to the original, but one big reveal is telegraphed from the start for alert viewers.

Overall, the attempt at a creating interest and suspense around the life of a contract killer has some moments. Bachchan continues to prove that he can get away from wanting to be a hero to his advantage. Sujoy Ghosh’s screenplay has room for a couple of wonderfully quirky characters. And what’s not to love about atmospheric Kolkata. But I wanted to be surprised more.

Luther’s next season will be extremely complex: Idris Elba