Christmas may be around the corner but will that stop an elimination from the Bigg Boss 16 house this weekend?

Namrata Thakker lists the contestants who have been nominated; who do you think will be eliminated?

Though Ankit Gupta has landed in the danger zone this week, his BFF Priyanka Chahar Choudhary was given a chance to save him.

We hear, however, that there is definitely going to be an elimination this weekend.

Will Ankit have to say goodbye to the house?

Sajid Khan, who’s elimination predictions have been pretty much spot on so far, thinks so. Tina Datta is also in the danger zone this week, thanks to her good friend MC Stan who directly nominated her using his special captaincy power.

Though Tina was evicted earlier, she came back within a day after Shalin Bhanot sacrificed the remaining Rs 25 lakh of the prize money for her return.

Tina, who absolutely hates being nominated, has been more vocal since then and is now fighting her own battles.

Her love-hate relationship with Shalin is still cringy to watch but she’s doing whatever she can to stay in the game. After getting evicted in the first week, Sreejita De returned in the BB house as the first wildcard contestant. Since then, she’s has been playing a pretty good game.

Her flirty-friendly rapport with Shiv Thakare is getting popular too.

But she still lacks a big fan base which both Ankit and Tina clearly enjoy. 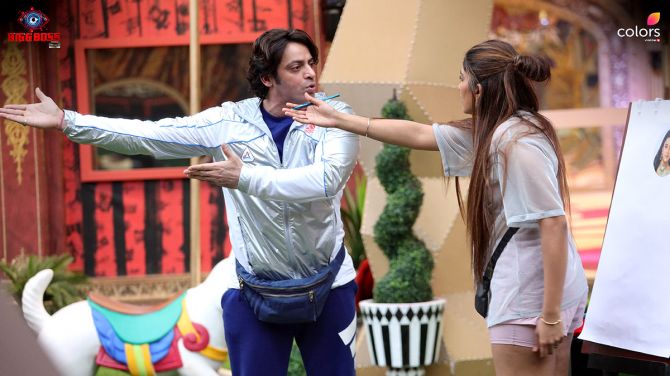 Vikas stepped inside the Bigg Boss house as the second wild card contestant this season.

While he has been planning and plotting with Tina and Shalin, he shares a friendly equation with Priyanka and Ankit.

But he has not taken a stand yet, making him an average player in comparison to the others.

Who will get evicted this week? PREDICT! Cardi B Just Debuted Her Post-Baby Makeover at the VMAs

NEET MDS 2019: Admit card released, here is how to download