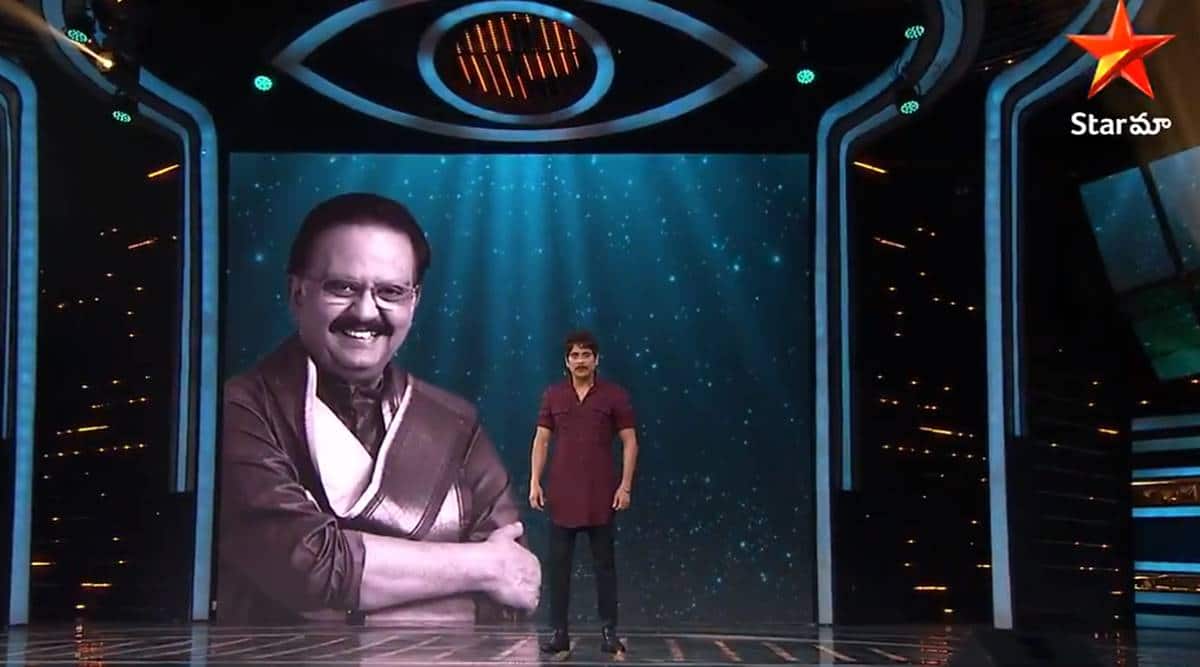 Bigg Boss Telugu 4 host Nagarjuna Akkineni paid his last respects to legendary singer SP Balasubrahmanyam, who died at the age of 74 on Friday.

In a video shared by Star Maa on Saturday, Nagarjuna said, “We no longer have the blessing to be able to hear his voice but I am sure the celestial beings are enjoying his music. Keep him safe dear Lord, keep our Balu safe.” The video features SPB’s photos with his songs playing in the backdrop while Nagarjuna pays his tribute.

The news of the legendary singer’s passing was shared through an official statement from MGM Healthcare, where SPB was undergoing treatment. Later, SPB’s son SP Charan shared with reporters present at the hospital that his father now “belongs to everyone. He will live on in his songs.”

On Friday, Nagarjuna took to Twitter and expressed, “As the memories and conversations with Balu Garu come flooding back, so do the tears… I still remember the call I got from him after my film Annamayya. He was such an unsaid integral part of my life…”

The homage will be paid in the Saturday’s episode of Bigg Boss Telugu 4.

The actor will announce who will be safe and who will get evicted from the show. This week, Devi Nagavalli, Lasya Manjunath, Ariyana Glory, Kumar Sai Pampana, Mehboob Dilse, Monal Gajjar and Harika are nominated for eviction. While Devi was nominated by Karate Kalyani last weekend, Lasya was nominated by Noel, who was the captain of the house this week.

The episode will air on Star Maa at 9 pm on Saturday.

Ratna Pathak Shah: Scripts we get today are significantly better

The new Akhtar on the block

To Male, with care