Kamal Haasan has been the face of Bigg Boss Tamil since its inception in 2017. 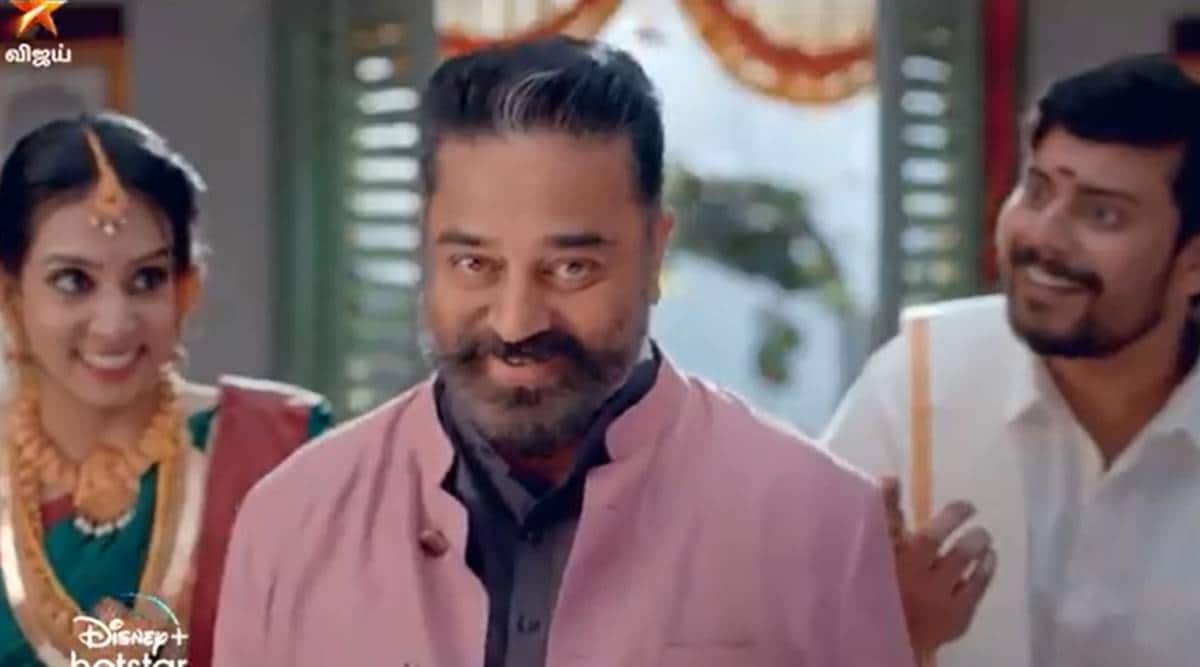 The promo of Bigg Boss Tamil Season 5 was launched on Friday. Kamal Haasan returns as the host of the popular reality show for the fifth time. The quirky promo is an approximation of what goes on in the Bigg Boss house season after season.

The promo opens with everyone partaking in the marriage festivities. Everyone is extremely kind and generous to each other. And the happy and jolly environment is slightly disturbed with some snarky backbiting, which has a cascading effect. “Expect the unexpected,” says Kamal in the promo.

Usually, the new season begins in June and ends in September. The outbreak of the pandemic, however, has upset the regular calendar of the show. The fourth season had only concluded in January. For the first time in the history of Bigg Boss Tamil, the contestants got to celebrate various festivals including Pongal while staying inside the house.

Kamal Haasan, meanwhile, is also getting ready to start shooting for his upcoming film Vikram. The film, which is written and directed by Lokesh Kanagaraj, also stars Vijay Sethupathi and Fahadh Faasil in the lead roles.

Salary dues of frontline workers till April will be cleared: North MCD Mayor