Salman scolds Pratik Sehajpal for destroying Bigg Boss property and provoking everyone for no reason throughout the week.

The first Weekend Ka Vaar saw a lot of naach-gaana as the Bigg Boss contestants celebrated Navratri in the house with some special guests.

Saturday’s episode began with a dhamakedaar performance by the housemates followed by host Salman Khan grilling some contestants for their aggressive behaviour.

He scolds Pratik Sehajpal for destroying Bigg Boss property and provoking everyone for no reason throughout the week. Khan also pulled him up for breaking the bathroom lock whilst co-contestant Vidhi Pandya was inside. 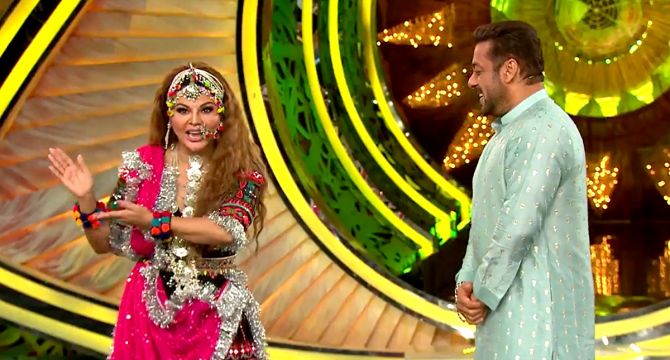 Salman asks Pratik to relax a bit as he is coming across as a fool and not a strong contestant.

From Pratik, the host moves onto to Nishant Bhat and hints that he could have stopped Sehajpal from going berserk in the house, but he didn’t despite being his close friend.

Salman tells Jay Bhanushali to not abuse and mind his language going forward even if he’s in a fight.

After the grilling session, Rakhi Sawant arrives on the Bigg Boss stage and entertains everyone with her antics. 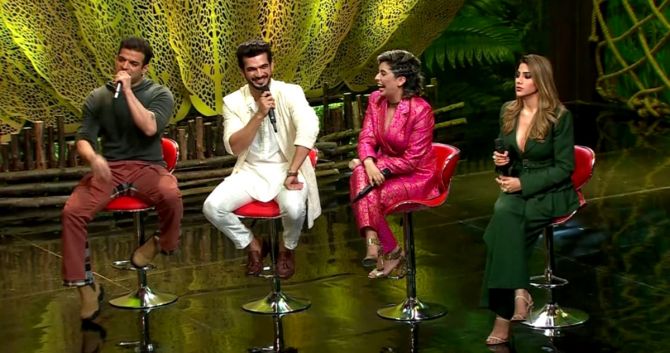 In Sunday’s episode, Salman welcomes Karan Patel, Arjun Bijlani, Neha Bhasin and Nikki Tamboli on the stage and asks them to reveal their favourite contestants.

While Nikki and Neha openly root for Pratik, Karan and Arjun aren’t impressed with his game. This leads to an heated argument between Nikki and Arjun.

Salman points out that Pratik needs to watch his behaviour and Neha agrees with him.

After the celebs leaves, Salman calls Nishant, Umar Riaz and Afsana Khan into the activity room for a fun game. 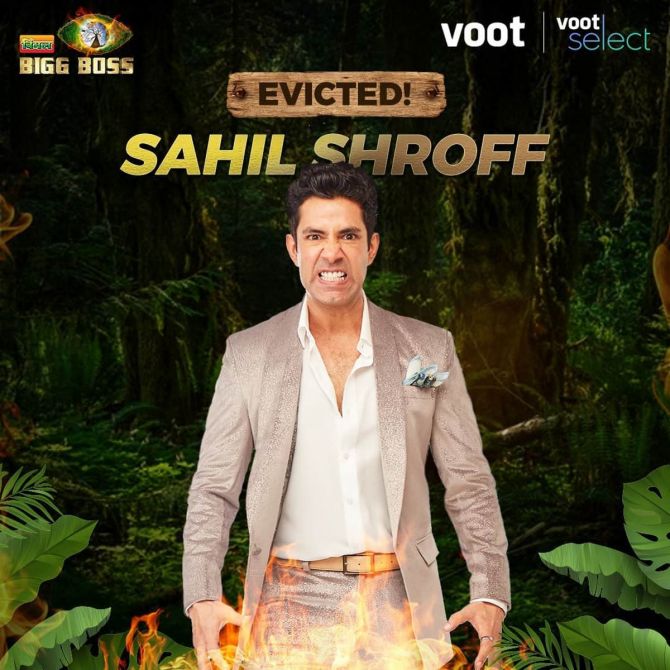 Salman asks a few questions and the three contestants answer honestly. During the game, Afsana gets angry as Umar takes her name. She gets into a verbal spat with Vishal Kotian as well.

Miesha Iyer and Donal get into a war of words and Ieshaan Sehgaal sides with the former.

After all the fights and drama between the junglewasis, Salman announces it’s time for the first eviction.

Sahil Shroff is asked to leave the house as he got the least number of votes.

The housemates dance and enjoy a fun garba night. 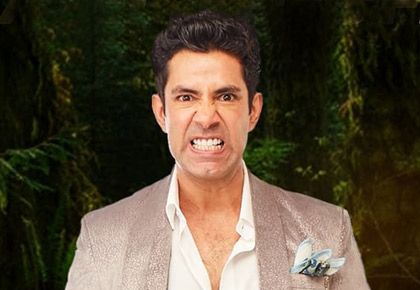 ‘Pareeksha’ is a touching, personal story of a rickshawala’s dream’: Prakash Jha

India, UK in talks to build Naval supercarrier under ‘Make in India’: Report

#10YearsChallenge: ‘I miss my family’