Abhijeet Bichukle is still inside the box and Nishant Bhat, Shamita Shetty and Pratik Sehajpal continue to distract him.

Devoleena takes the task seriously and vents out her anger on Abhijeet by torturing him.

Rakhi and Devoleena get into a heated argument. Rakhi doesn’t like the fact that Devoleena isn’t supporting Bichukle despite claiming to be his friend.

Umar Riaz and Rashami Desai stop them from getting personal.

Later, Rashami gets annoyed when Umar questions her about keeping a count during Bichukle’s turn. After Bichukle comes out, Rashami sits in the box.

Umar gives her his jacket. Tejasswi Prakash assures she will keep a count for her.

Nishant and Shamita distract her. Pratik gets into a verbal spat with Devoleena during the task.

Karan Kundrra doesn’t distract her and neither does Umar and Tejasswi.

Meanwhile, Devoleena and Abhijeet discuss the task, but their conversation takes a turn and she ends up crying as they fight. Next, Umar sits inside the box.

Shamita and Nishant try their best to distract Umar and Rashami, so she can’t help him. Tejasswi is next to perform the task.

Umar thanks Pratik for supporting him in the game against Devoleena. Most of the housemates torture and distract Tejasswi, but she stays put.

After all the drama and fights, the task ends and Bigg Boss announces the timings.

Shamita, Nishant, Pratik and Devoleena are in the danger zone.

The winners have to vote one person. Shamita, Pratik, Umar, Abhijeet and Devoleena are nominated this week. The next day, a new task is announced wherein the girls have to dress up and walk the ramp. Karan, Umar and Nishant have to judge them. All of them perform well and everyone enjoys the fun task.

Rakhi is declared the winner and gets a luxury hamper.

Rashami is upset as Rakhi asked her about her divorce.

She feels low and Umar tries to cheer her up. They have a one-on-one talk about their equation.

Umar says he will see what happens outside the house as he is clear he doesn’t want any distractions while on the show. 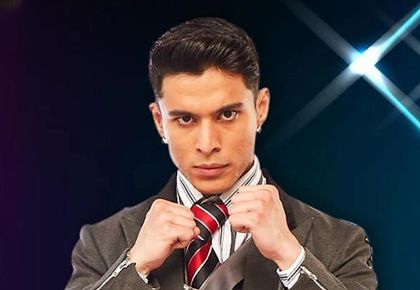 Bigg Boss 14: ‘My fights with Rubina were not staged’

Streaming Guide: Web series, TV shows and movies to watch on May 16