Devoleena accuses Nishant of being a ‘fake friend’. Abhijeet Bichukle says something that irks Devoleena Bhattacharjee and she starts yelling at him.

Ritesh tries to calm her down, but Devoleena doesn’t listen.

Pratik steps in pacify the situation, but his efforts go in vain.

Later, Tejasswi Prakash tells Devoleena that Nishant, Shamita and Pratik have back-stabbed her.

Devoleena gets angry and decides to confront Nishant. She barges in the kitchen area and accuses him of being a fake friend.

Nishant loses his cool and gives it back to Devoleena.

They start hurling abuses at each other.

Amidst all the chaos, Tejasswi says she has proved her point and is happy.

Nishant, Pratik and Shamita are miffed with her behaviour.

Later, Shamita and Karan chat about the situation and she feels that Tejasswi has gone on a rampage to prove them wrong as they played well in the spaceship task.

Tejasswi intervenes, but Shamita walks away.

Karan is also upset with Tejasswi’s attitude and makes it clear to her.

He tells her that he needs a break from their relationship.

Tejasswi says he has been her strength in the house and can’t just break up.

Ultimately, Karan claims he does not want to break up either. A new task for the Ticket to Finale week is announced.

The living area is converted into a museum and the contestants are divided into thieves and guards.

Rakhi Sawant is the sanchalak as she is already in the finale week.

Just before the task begins, Devoleena gets into a spat with Rashami Desai.

Rashami states that Devoleena should stop resorting to dirty tricks. 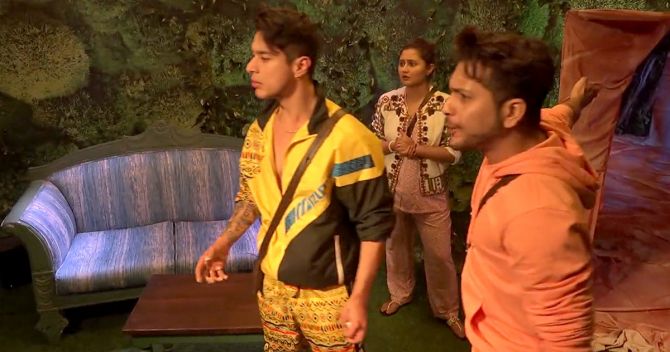 Initially, everyone plays the task as they should, but soon, they forget the rule book.

They start stealing the museum items when only thieves can do so, according to the rules.

Eventually, Bigg Boss intervenes and pulls up the contestants for not adhering to the rules.

Rakhi is asked to decide whether the housemates can keep the items or not. 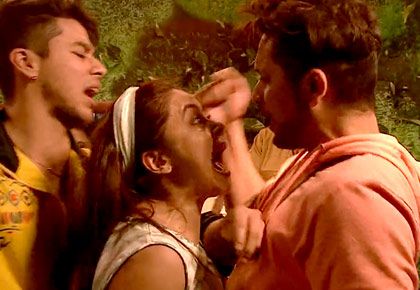 Shah Rukh Khan once revealed Gauri Khan was ‘becoming delirious’ during Aryan’s birth: ‘She was shivering so much’

Athletic icons Mo Farah and Gebrselassie locked in a feud