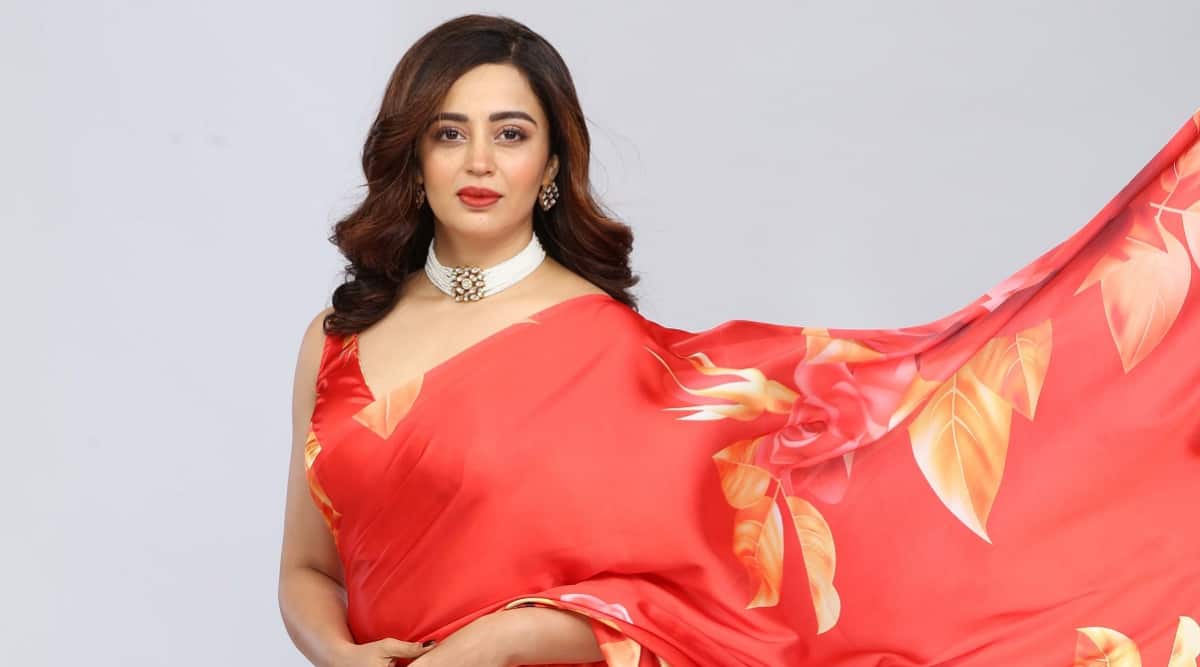 After a long wait, Bhabiji Ghar Par Hain will welcome Anita Bhabhi back. Actor Nehha Pendse, from tonight, will step into Saumya Tandon’s shoes in the popular &TV show. In an exclusive chat with indianexpress.com, Pendse shared details about expectations from her entry, criticism coming her way, and Saumya Tandon’s message for her.

Excerpts from the conversation…

The world is finally going to see you as Anita Bhabhi, how excited are you about it?

I am very excited and there’s also a bit of nervousness. There’s a lot of anticipation, and the expectations are very high. People want to figure out how I play Anita, so there is also a slight resistance. I am really looking forward to what people have to say.

You do have your fans, but are you also prepared for the criticism that might come your way?

It’s already coming my way even when people haven’t seen my work as Anita. However, I understand that the criticism comes from an emotional space. People have been emotionally connected to Saumya, and it’s like letting a new person come in your inner group. Just like any other new relationship, this too would take some time. And I want to give that space to my audience to find that connectivity, and I know then, they will accept me wholeheartedly.

Tell us something about getting into the skin of Anita Bhabhi. Did it happen instantly or did you take time?

Obviously I took time. The first two days, I was really trying hard to understand how I was to move ahead. Anita is very different from me as a person, and hence certain mannerisms and reactions had to tamed down. I think after the third day, the tuning happened, and I got a better understanding of the character. I won’t say I am entirely into it but I have pretty much found a grip, which I keep making stronger every single day.

What would you bring to the table as Anita?

I cannot do something too drastic as there is a boundary to the character. As an artist, I can only get a new perspective to the part, I can’t change it completely. And that’s where my talent lies as Nehha Pendse, of what different I can bring to an already existing character, by staying within the parameters.

And how’s the mood on set? Have you managed to bond with the cast?

It’s great, everyone is so easy-going and supportive. They keep on telling me how to go about things. It’s very casual and there is no resistance to a new person coming in. I think as much as I am trying to tune into Anita bhabhi, they are also tuning into me. Everything is just very beautiful on the set.

Did you manage to have a word with Saumya Tandon on stepping into her shoes?

I could not chat with her, however, it was really sweet of her to personally message me. She told me that I was the right choice, and that she is really happy I took up the show. Saumya added that she feels the character is in capable hands. It was really kind of her to do that and it really made everything special.

Does comedy comes naturally or do you have to work hard on it?

I think every actor has to do hard work on every character. As for comedy, I don’t think it’s natural. However, this is a sitcom, where the situation is funny, I don’t need to do comedy. Honestly, I am not a Bharti Singh or Kapil Sharma who can crack jokes and make people laugh. A situational comedy set up works much better for me.

Anything special planned for tonight’s telecast?

I was in Udaipur with my husband for Valentine’s Day. We are heading back home now. My husband is super excited as he had been following the show from a long time. We plan to watch the episode together at home.

PIX: What were Malaika, Nushrat up to?

Cocktail recipes: How to make a Hawaiian Flute