Khushi Kapoor and Aaliyah Kashyap's friendship has often made headlines. Both of them indulge in fun banter on social media and showcase their bonding by showering praises on each other's posts on Instagram. Filmmaker Anurag Kashyap’s daughter Aaliyah Kashyap recently uploaded a video on her YouTube channel, and it features her best friend Khushi Kapoor. Aaliyah met Khushi almost after a year when the latter visited her BFF in the US. An excited Aaliyah shot a video of meeting Boney Kapoor and the late Sridevi’s daughter at the airport where the two friends looked excited to see each other after a long time.

In her video, Aaliyah starts by telling the viewers how excited she is about Khushi’s visit to the US. She then goes to pick her up from the airport. Their first reaction to seeing each other is what any best friends might relate to. They hugged each other, posed for a couple of selfies and went for lunch.

Later in the day, Aaliyah also tried to direct Khushi, but the 20-year-old couldn’t stop laughing at the storyline created by filmmaker Kashyap’s daughter.

Khushi and Aaliyah’s friendship has often made headlines. Both of them indulge in fun banter on social media and showcase their bonding by showering praises on each other’s posts on Instagram. When Khushi arrived in the US, Aaliyah had shared a photo of her with the caption, “My wife is here.” 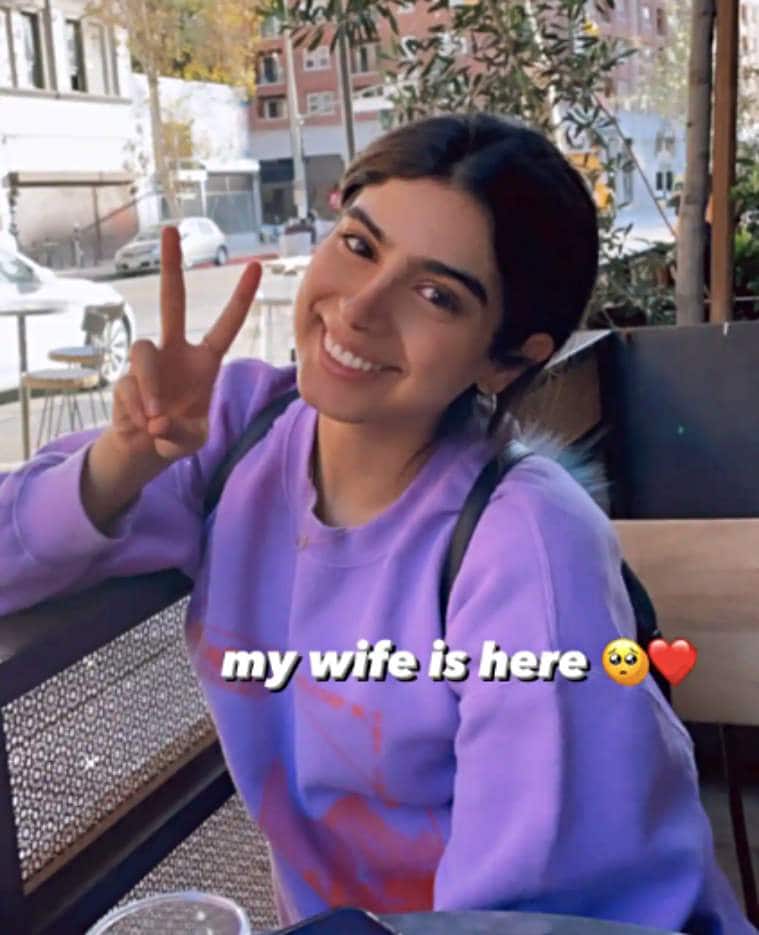 Aaliyah has been regularly uploading videos on her YouTube channel for almost a year now. She has spoken about her experience with social media hate, body positivity, her relationship among many other things.

In one of her videos, Aaliyah shared how she deals with trolls. “I just realised that it doesn’t matter because these are people hiding behind their phones and have nothing better to do and I honestly, just block everyone. If there’s anything even remotely negative on any of my social media, I just block them because I want my social media to be a positive place,” she said.

Harbhajan Singh to dub his lines in Tamil debut?

Have you seen these latest pictures of Kareena Kapoor Khan looking radiant in ethnic ensembles yet? | Bollywood Life