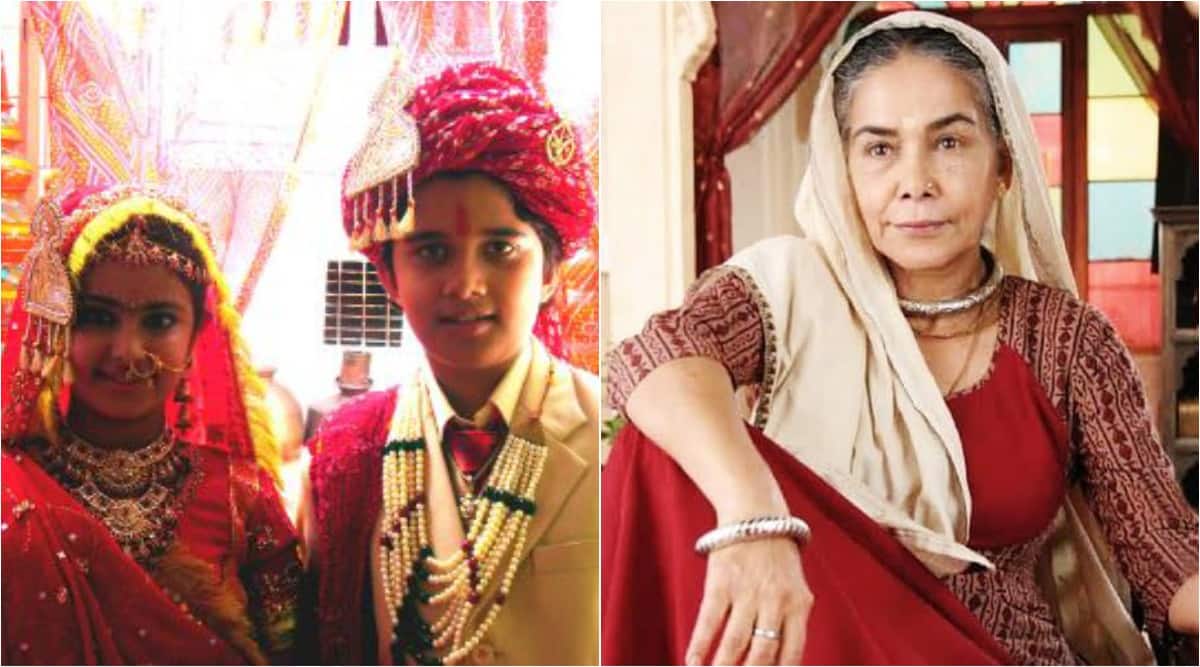 Veteran actor Surekha Sikri passed away on Friday, following a cardiac arrest. With a career spanning more than four decades, she had built a niche for herself. A member of NSD Repertory, she went on to create magic in front of the camera. Be it in films like Tamas, Zubeidaa and more recently Badhaai Ho, to television shows like Banegi Apni Baat, Saat Phere and Just Mohabbat, Surekha Sikri’s characters stood out. One role on the small screen that made her a household name continues to be from Balika Vadhu, where she played the stern matriarch Kalyani Devi.

As the industry and her fans bid her a last farewell, her Balika Vadhu co-star remembered their Maa sa and Dadisa, and said that it was nothing short of an honour to have shared the screen with her.

Avinash Mukherjee, who played the young Jagya, in the daily show shared that while he hadn’t been in touch with her lately, she continues to be an inspiration for him. In an exclusive chat with indianexpress.com, the 23-year-old said, “She is one of the greatest actors we have in the world. She was always very disciplined and dedicated towards her work. I sometimes still go back to watching old clips from Balika Vadhu just to get an understanding of the quality of acting she managed to do on camera.”

The Sasural Simar Ka 2 actor played her grandson on the show, and they shared the same bond off-screen. “I was her laadesar in real life,” he said, remembering her time with the veteran actor. Avinash went on to share, how he as a nine-year-old had once tried to quiz Surekha Sikri. “I was so innocent. One day on the set, out of the blue I questioned her – ‘how do you act so well?’ She gracefully replied and said ‘experience’. It’s just so sad that God is taking away our biggest heroes. After Dilip saab, now Surekha ji.”

Avinash Mukherjee went on to share an anecdote about the time Surekha Sikri lost her husband. Her dedication towards work set an example for him. “In 2009, her husband passed away. She got the news at lunch break and left the set. The next morning, at 7 am, she was ready with her dialogues all dressed up. Everyone was shocked at seeing her at work, and she went on to perform with a line of hesitation. I think that requires a different level of dedication and passion for one’s work. I learnt that as actors, one has to keep their personal emotions aside when they come on set. That work ethic stayed with me and I keep telling the same to my co-stars too.”

Avika Gor, who played young Anandi on Balika Vadhu, wrote on Instagram, “I have some amazing memories with Surekha ji. Apart from being an incredible actress she was a beautiful human. It was always difficult to match her energy levels during the scenes but she made sure I was comfortable every time I was around her & that taught me to be grounded. I have always wanted to be like her.. hardworking.. grounded.. kind❤️. She has truly left us a legacy to follow. Dadisaa… I will always love you, my guardian angel. RIP💔.”

For actor Annup Sonii, working with Surekha Sikri was special, given they both came from the National School of Drama. While she passed long before he went to the college, Annup said that she was quite popular at NSD, and continues to be. “I would keep hearing about how amazing an actor she was, and it piqued my interest. I had even seen her pictures in the campus and people would always talk highly of her. After I passed out, I remember watching her in Banegi Apni Baat and even Mammo, and got to witness her prowess. And then of course, we got a chance to work together in Balika Vadhu,” he mentioned.

In the show, the actor played Surekha Sikri’s son Bhairon Singh and the actor shared that their on-screen relationship seemed very real to viewers. “I remember, even when I would be with friends, having a drink, they would pull my leg, saying Maa sa will scold you,” the actor said with a laugh.

Sonii further shared that the entire team had been in touch with her and was even calling each other since the news of her demise came in. Talking about his time spent on the set, the actor said that apart from a good script, having Surekha Sikri around helped the entire cast to give their best. “I think the quality of the show and performance of every actor was an effect of a good working environment. We had this senior actor, who never took her work casually, even on a daily show, and that kept the passion alive in others too. I remember, Surekha ji, me and Satyajeet Sharma, who was also an NSD pass-out, would spend hours talking about the institution and we would keep asking her about her time on the campus. It was such a wonderful time, and I believe it was an honour to have worked with her for six years.”

Post the leap, Shashank Vyas took charge as the grown-up Jagdish aka Jagya. Having worked more than five years with Surekha Sikri, Vyas cannot thank his stars to have shared the screen with the thespian. Stating that he feels she must have done something good in life, he said, “Getting a chance to work with her and learn so much in five years seems like a reward for my past good deeds. She was an institution in herself and a legendary natural actor. Surekha ji was so full of life and positivity. She lived life on her own terms and had an amazing sense of humour. We both shared a very close bond, and I will keep that close to my heart forever.”

Three-times national award winner Surekha Sikri, 75, was ailing for a long time and had suffered two brain strokes in 2020 and 2018. She was last seen in Netflix anthology Ghost Stories in the section helmed by Zoya Akhtar.

Beyhadh 2: Jennifer Winget Was Hurt While Shooting For The Promo

Calling Karan: KJo's advice to Swara Bhasker on how to shut trolls down is bang on!