Alongside THAT post-credits scene, it seems there was another Captain Marvel Easter egg in Avengers: Infinity War that completely went over our heads.

Marvel fans are gearing up for Carol Danvers’ first outing in the MCU next year, which will see Brie Larson take up the mantle in the franchise’s first female-led solo outing.

However, there may have been a very subtle nod in preparation for Captain Marvel in the last Avengers movie courtesy of baddie Cull Obsidian, according to Reddit.

A screencap from the New York fight scene towards the start of the movie shows the child of Thanos sporting a cloth that appears to bear Danvers’ colours.

Colour us intrigued. Perhaps Obsidian has some history from back in the 1990s with Captain Marvel that we are unaware of? Either that, or Marvel is being a big tease (as usual).

The more obvious nod to Danvers comes in the post-credits scene when Nick Fury hurriedly pages a mystery person before succumbing to Thanos’ Infinity Snap. We then see Captain Marvel’s insignia on the pager screen.

“It’s a big change for everybody and I wasn’t sure if it was the right thing for me. 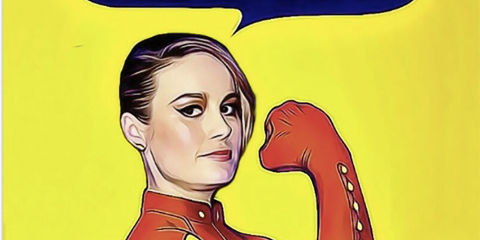 “I never want to make artistic decisions that will feel like a burden or that would take me away from the parts of my life that I find fulfilling, so Marvel was super patient and allowed me a lot of time to think it over.

“And then once I felt like I had made the right decision – which was doing it – I got both feet in and I’m really happy.”

Captain Marvel will arrive in cinemas on March 8, 2019 in the UK and the US.

Avengers: Infinity War will be released as a digital download on August 20 and on DVD and Blu-ray on September 3.

Bollywood wears the mask with STYLE!

Malaika Arora steps out hand in hand with Arjun Kapoor for party, advises fans to stay indoors amid coronavirus outbreak

Recipe: How to make an Apple Pie