Ullu App's CEO Vibhu Agarwal is in favour of censorship, but is unsure that it will silence those demanding it. “If there is censorship, we will adhere to it as per government norms. But there should be a guarantee that after this the content will not be pulled down or questioned.” There is no lack of clarity when it comes to censorship for Vibhu Agarwal, CEO and founder of the Ullu, among the new OTT apps that have been pushing the envelope on what can be shown via these platforms.

Although all OTT platforms and news websites now come under the ambit of the Information and Broadcasting (I&B) Ministry, there is no law or autonomous body that governs their content. The controversy surrounding recent shows like Tandav and Mirzapur has prompted the government to look at new ways to reign in this content.

“In India if the government imposes censorship laws, it will be in place not just for me but for everyone,” reasons Agarwal in an interview with Indianexpress.com. “There is a big difference between censorship terms in movies 15 years back and today. On OTT platforms we get a certain liberty to express creativity and people enjoying watching it,” he said.

Agarwal is in favour of censorship, but is unsure that it will silence those demanding it. He cites the case of the recent Tanishq advertisement. “There was nothing vulgar or violent about it but yet there was a ruckus.”

Introduced in 2018, the homegrown OTT platform Ullu is known for its bold and edgy content. While its web series are primarily targeted at Tier 2 and 3 audience, Ullu has been targeted for promoting erotica and “vulgarity” in its shows. “Why did they see it in the first place and why are they speaking about it?” Agarwal questions the “hypocrisy” of people. He asks why there is no criticism when there are similar scenes in movies of big stars.

Agarwal says shows like Kavita Bhabhi and Charmsukh Jane Anjane Mein are the most popular on its platform. “People have given positive comments and have demanded that we create such content and keep continuing it,” he says.

But there is the risk on someone who is appearing on a show being associated with content that is more hardcore. “There are so many actors working that doing a background check is difficult,” Agarwal says. “If an actor has worked with us a year ago and we know a lot can change over the course of that year.” “Our system is such that we do not do any production in-house, we outsource all our work. People create the work and give it to us. If we like it, they propose the location, costumes, side actors, lead actors etc,” he explains the process of how a project gets a greenlight from Ullu’s creative team.

“We don’t take auditions. They tell us their requirements; we take a look test as a soft copy so we know the acting skills. That’s important to check the intensity of the actor. Post that we fix a budget, they shoot it and give it back to us, we do a QC and we take the film. This is how we work,” he explains.

Although Agarwal refused to divulge the active subscriber base of his app, he said it has clocked 28 million downloads across Android, iOS and Fire TV platforms. A lot of these came during the Covid-19 lockdown period, as Agarwal’s Ullu app achieved a growth of 220 per cent. “All that was on offer has been consumed by the audiences.”

Agarwal is well aware of the image of Ullu app in people’s minds, and does want to go beyond the desi-erotica genre soon. “So far, we have gone in just one direction. About a year back, we realised that we need a mix of content,” he says.

But the move to introduce ‘regular content’ hasn’t gone down too well with users. In December, Ullu had released Peshawar starring Rajeev Sen, the younger brother of Sushmita Sen. The show was based on the attack on an army school in Peshawar that left over 140 school children dead in 2014. “It was a flop; it was clean content with no abusive language,” he says.

However, Agarwal says he will continue to invest in content that will bring a broad group of paying users. Also, his budgets have gone up and he is now willing to fund shows in the Rs 5 crore to Rs 10 crore bracket to get better artistes and sets that sync with the storyline. Previously, the shows were in the Rs 2 crore to Rs 5 range.

The 2.0 version of Ullu will look beyond better content and also improve the app experience. The latest version of the app has a ‘censor’ filter to let users choose the type of content they want to see. If you decide to watch the censored version, all the intimate scenes will be edited. The drinking and smoking scenes, however, will appear with appropriate disclaimers. 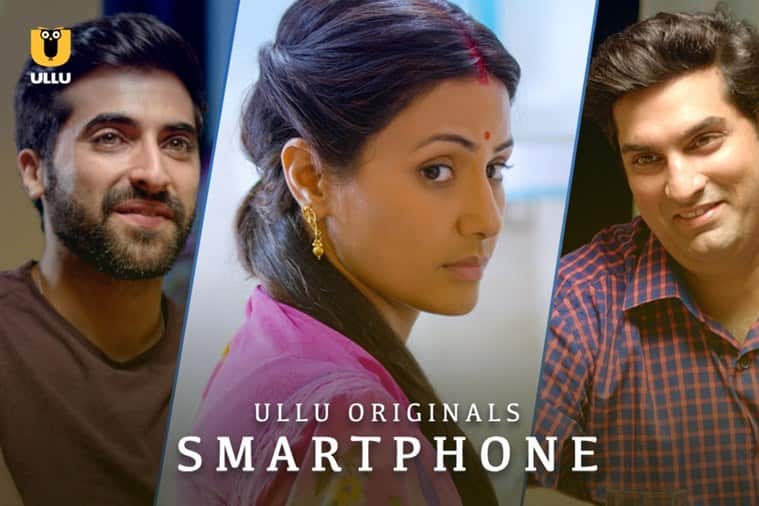 Even though the streaming app has a mass following in Gujarat, Rajasthan, Uttar Pradesh and Bihar, Agarwal says he has seen increased viewership and growth coming from West Bengal in recent months. Because the viewers are now spread pan-India, the Ullu content can be watched in multiple languages, including Tamil, Telugu, Bhojpuri and English. “The South Indian market is really picking up,” he said. According to Agarwal, Kannada and Malayalam audiences prefer to watch their content in English.

Despite the Ullu app being heavily targeted at the tier-2 and tier-2 cities, Agarwal says the subscriber base includes users from tier-1 cities too who pay to watch content on the app. This is a sign that the genre where Ullu excels isn’t limited to rural parts of India as many tend to believe. Another myth associated with the content shown on the Ullu app is that the characters and stories resonate more with men than females. Agarwal says 60 per cent of Ullu users are males and the remaining 40 per cent are females. A year ago, before the pandemic, the ratio was 80:20.

Salman Khan on working with Deepika Padukone: No one has come forward to cast me with her | Bollywoodlife.com

Billie Piper Admits to Having Dysfunctional Relationships in the Past