Baahubali 2 mainly united India, cutting across the barriers of language and culture. It was a power that so far remained within the confines of the cricket. 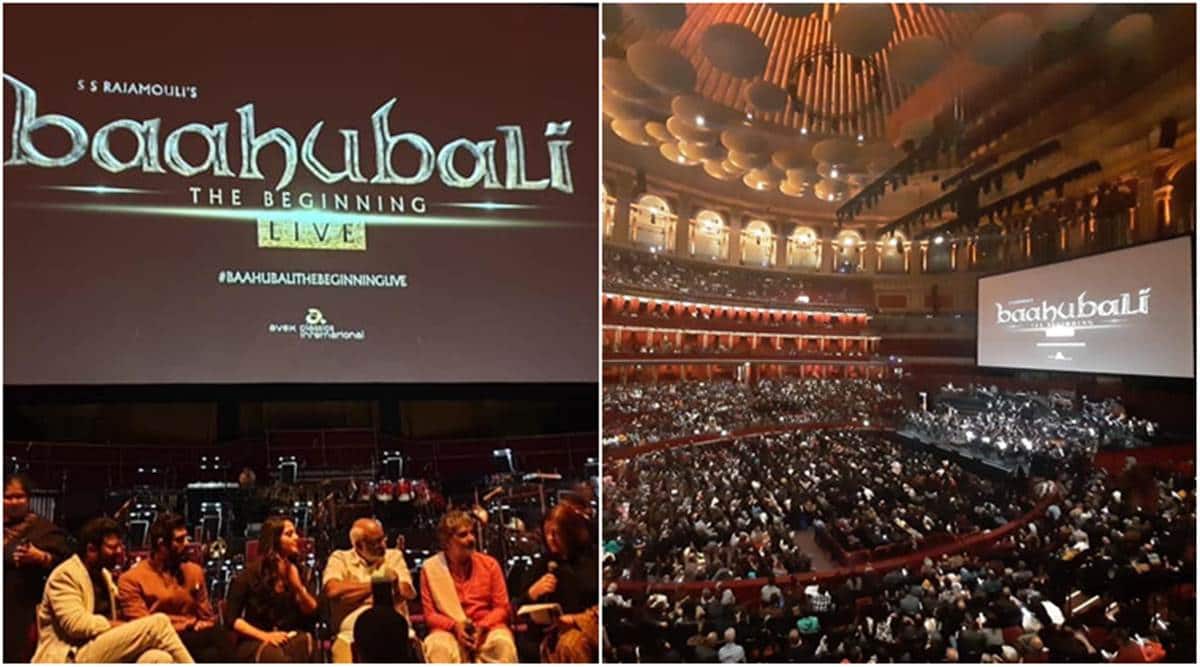 The opening of Baahubali: The Conclusion was nothing short of a carnival. Four years ago today, there was no fear of crowd and viruses, the only thing on the minds of people who headed for early morning shows (6 am or even earlier) of the SS Rajamouli epic was to find their seats on time before the show began. The moment the doors opened, people rushed inside, not afraid to step on toes or others shoving you.

In these Covid times, it is hard to imagine a world without social distancing but that was the scene in over 6000 theatres across India on April 28, 2017. Everybody in the country wanted to see Baahubali 2 and everyone did, sooner or later. That’s why the film went onto become the highest earner in the history of Indian cinema. We are a deeply diverse country. All of us have different taste in movies, favourite stars and filmmakers. Take south India, for example. The movie fans in Tamil Nadu may not feel as excited about the release of, say, an Allu Arjun film, as they would about an Ajith starrer. And movie fans in the Telugu states may not feel the same level of eagerness for a Vijay movie, that they would normally feel for a Mahesh Babu starrer. The Hindi speaking audiences, meanwhile, have been immune to the charms of films coming from south other than a few exceptions.

However, Baahubali did away with those barriers. The images of people forming long queues outside the theatres to buy tickets before the release of the movie are still fresh in the memory. And it was not limited to south Indian states, it was a pan-India phenomenon. And mind you, it was a time when people had the option to buy tickets in advance through online platforms. While some queues were running up to a few kilometres, the online ticketing platforms were also overwhelmed.

A day before the release of director SS Rajamouli’s magnum opus, Bookmyshow sold 12 tickets every second for the film. Within a day, the ticketing platform sold more than one million tickets. It is one of the new business records that the film created close to its release. And naturally, the ticket prices skyrocketed. In the states, where movie ticket prices were not regulated by the government, tickets sold in the excess of Rs 600. And the prices at the luxury screens touched a new high.

At a time, when Bollywood was obsessed with the 100-crore club and big stars waited for days for their films to reach the coveted mark, Baahubali smashed that record within a few hours of its release. The movie collected worldwide more than Rs 100 crore on its opening day. And it became the fastest and the first Indian film to earn Rs 1000 crore from ticket sales within 10 days of its theatrical launch. So on average, the film netted Rs 100 crore every day for 10 days, dwarfing all the previous collection records in the history of Indian cinema.

The Hindi dubbed version of the movie raked in more than Rs 500 crore a little over 30 days after its release. To put it in context, the highest-grossing film in the history of Bollywood is a Telugu film, starring a regional movie star in lead, Prabhas. The final collection of Baahubali 2 is said to be touching Rs 1800 crore.

However, emerging as India’s biggest earner globally was not the only achievement of Baahubali 2. Yes, it showed the members of the Indian film fraternity the true size of the domestic market. It opened up new earning opportunities for regional movies in a big way. Now, “the pan-India movie” is the keyword that drives the mainstream business in regional cinema. It changed the hierarchy of power in Indian cinema. Now, more than ever, Bollywood filmmakers keep close tabs on what south Indian filmmakers are working on.

And more importantly, Baahubali 2 mainly united India, cutting across the barriers of language and culture. It was a power that so far remained within the confines of the cricket.

And that was four years ago. Today, we are on the brink of a new world, where looking at a crowd of 10 at a supermarket strikes terror in our hearts. When we come out of this pandemic, we don’t know what “normal” would look like. But, we can say with some certainty, India is unlikely to share the mutual excitement over going to the theatre to watch another movie in the foreseeable future. Baahubali 2 could be perhaps the last movie to have received such overwhelming love from people in India. It could mark an important era that has come to an end. Baahubali 2 success could be the last of its kind in the history of India’s cinema-going.

After ‘blockbuster success’ of Karnan, Dhanush reunites with Mari Selvaraj