‘Farewell to the unique artist who loved like a mother and taught many things like a teacher.’

Noted Malayalam actor KPAC Lalitha passed into the ages on February 22 at her home in Tripunithura, Kerala. She was 74.

Lalitha is survived by her actor-director son Sidharth Bharathan and daughter Sreekutty. She was married to the legendary Malayalam film director, the late Bharathan.

Lalitha had been bedridden for the past few months.

Known for her versatility in playing a wide range of characters, Lalitha began her acting career as a theatre artist with KPAC (Kerala People’s Arts Club), a theatre collective in Kerala, five decades ago.

She forayed into the movie industry in 1969 with K S Sethumadhavan’s Koottukudumbam.

Lalitha took a break from acting for some time in the late 1970s, but returned in 1983 with Bharathan’s Kattathe Kilikkoodu.

She was also the chairperson of the Kerala Sangeetha Nataka Akademi. The Malayalam industry came together to condoles the death of the legend:

Dulquer Salmaan: My best on screen pairing. The most love I’ve felt for a co-actor. As an actor she was magic, wearing her genius as lightly as her smile. I’ve never felt more alive in a scene cause she transcended the written word. These pictures are from our last day together. I couldn’t let go and demanded hugs and kisses. She kept saying we should do a film where we are a mother and son constantly bickering. I thought we had time.

Like how we began every text message to each other, Chakkare Evideya??

Prithviraj: Rest in peace Lalitha aunty! It was a privilege to have shared the silver screen with you! One of the finest actors I’ve known.

Mohanlal: How many movies have we acted in together? Each as a member of the family. In the heart of the audience, as a mother and sister, full of love.

Chechi was not acting in movies and life. The audience and loved ones were captivated, with spontaneity.

When that love fades into the woods with a full smile, it is impossible to pay homage with mere formal words.

The separation of Chechi, who was an irreplaceable genius, is a great loss to Malayalees and Malayalam cinema. Namaskar Chechi.

Mammootty: I have lost someone I cherished so much, with respect for the memories that never left.

Keerthy Suresh: Extremely saddened to hear about the passing of the legendary KPAC Lalitha aunty. My heartfelt condolences to the family.

Manju Warrier: The journey is of someone who I loved like a mother. Even though she was called Chechi, her motherly face is always in my mind. I have so many memories of a lot of movies done together. But there is a lot of love in it and a smile and a hug.

Her last memory was acting as a mother in the movie Mohanlal. Lalitha Chechi was also a guide in acting. Farewell to the unique artist who loved like a mother and taught many things like a teacher.

Nivin Pauly: Tributes to the beloved simple sister who only knows how to love and has been given the affection of a mother. Suresh Gopi: Tributes to Malayalam’s own simple Chechi who gave many roles to Malayalees to remember forever!

Radikaa Sarathkumar: A lovely actor and a wonderful person RIP #KPACLalitha Chechi, sad to hear she is no more, share warm memories of her on the sets of @Mohanlal’s Ittimaani.

Kunchacko Boban: No words can describe what a loss this is for the industry and for me personally. From her first movie as an actress she has been associated with UDAYA.

She was there in my very first movie where I was introduced as an Actor. And we were together for many more movies where she was my lovely mother, grandmother and so on. She was there again when UDAYA came back into production after a hiatus, as I turned a Producer for the first time.

Always a well wisher for me and my family, more than a co-Actor she was like family. She lived long to see the fourth generation of UDAYA family and my son was lucky to get her blessings.

The kind of naturalistic flair that she gave to the most dramatic roles she has donned, she has been the quintessential go-to mother, mother-in-law, grand mother, elderly sister characters in any genre and generation of movies till her last breath.

Not to mention the number of other characters that she has portrayed whether it was good, evil, humorous, emotional… she breathed life into them!!

Lalitha Chechi… Lalithamma… You will mbe missed in person… but not from our memories or sight because of the everlasting characters that you have given life to!

Pinarayi Vijayan: With the demise of KPAC Lalitha, the unique talent of the Malayalam film industry has been lost.

They have become part of the history of an era, penetrating the hearts of different generations with their acting skills. That acting career started as a drama and became a family affair for the Malayalees through films.

Through social commitment and social interactions, they have earned a place in human minds. KPAC Lalitha Sangeetha Nataka Akademi has always been associated with the progressive movement. Participates in the grief of family and colleagues. 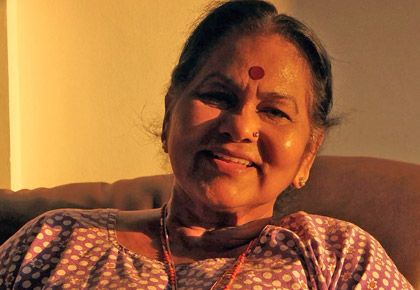 Aishwarya Sakhuja opens up on ‘horrid’ phase with husband Rohit Nag: ‘It has not always been La La’