Arjun also shared a video of Anshula opening up about how she coped with their mother, Mona Shourie's death. About his sister, the actor wrote, "my strength, my life." 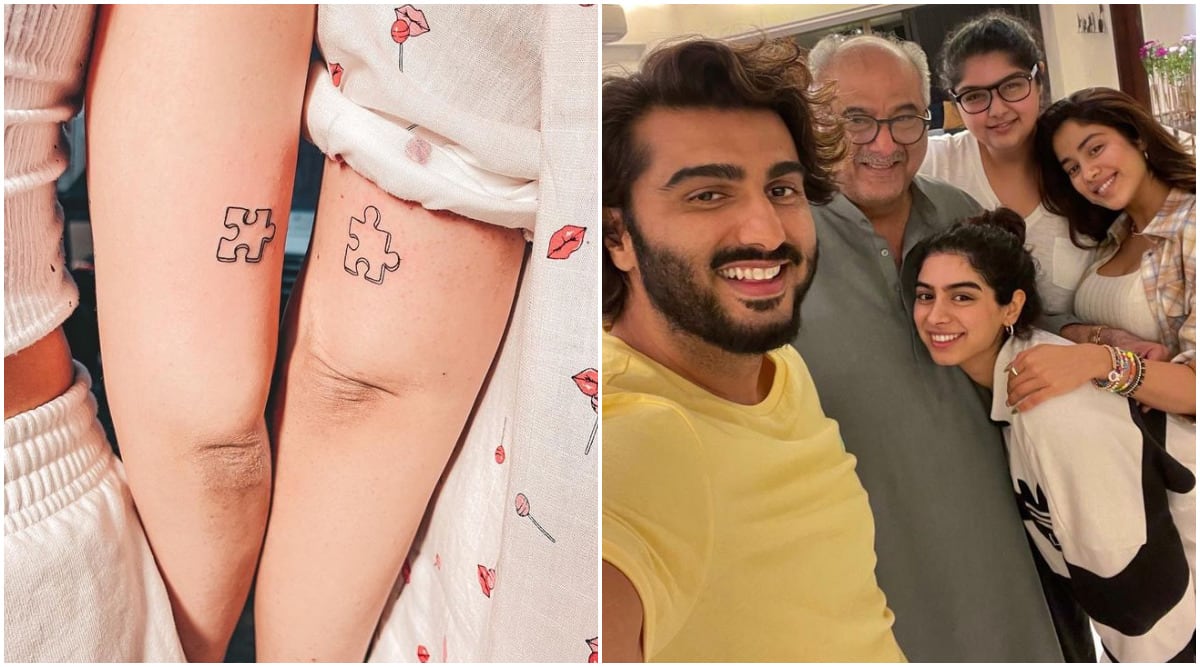 The Kapoor clan, Boney Kapoor’s children, is getting stronger by the day and we are definitely loving it. Anshula, Boney Kapoor’s daughter with Mona Shourie Kapoor, took to her Instagram to share a picture of herself with Khushi Kapoor, younger daughter of Boney Kapoor with late actor Sridevi, as they flaunt complimentary jigsaw tattoos.

In the video, Anshula opens up about how she has been dealing with the loss of her mother. “Time helps you mould your life around that loss, but it is always there. For the first year or two, every time I laughed, every time I felt happy, or any emotion that was not a sad emotion, it was immediately followed by guilt. There is no right or wrong way (to deal with it), and there is nothing wrong in seeking help from the outside,” she said.

After the death of Sridevi, Arjun, Anshula, Janhvi and Khushi Kapoor have been warming up to each other. Recently Arjun had revealed how he is still getting used to being called ‘bhaiya’ by Janhvi and Khushi. He had said, “It sounds very strange. Anshula calls me ‘bhai’ in a very different manner. And now this ‘Arjun bhaiya’ is a very new thing. So, when Janhvi says that it sounds like very new to me.”

On the work front, Arjun Kapoor recently began shooting for Ek Villain 2. He is also awaiting the release of Bhoot Police on Disney Plus Hotstar. Janhvi Kapoor, meanwhile, is looking forward to the release of Good Luck Jerry.

Should I say I don’t smoke when buying a policy?