It turns out doing James Corden’s Carpool Karaoke should come with a health and safety warning!

Ariana Grande is the latest musician to take part in The Late Late Show‘s popular sing-along segment, and after filming she shared a look at her bandaged hand on Instagram Stories. 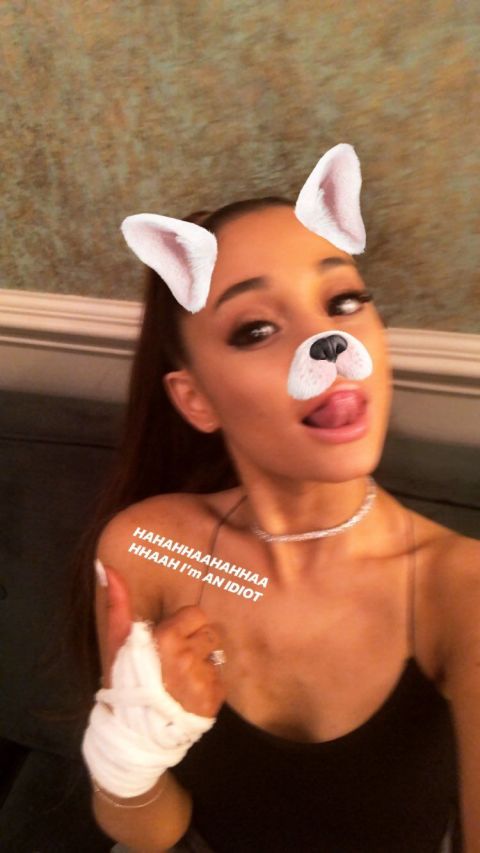 The injury didn’t dampen her mood, however. A second image, showing a closer look at her hand, included the words: “Bleeding n smiling.”

And she said on Twitter that she’s “never had more fun”.

“That was the best day ever @JKCorden,” she wrote. “Thank you so much to you and your incredible crew and band and writers! sm fun.

“Can’t wait for y’all to seeeee what we been up to.”

James was similarly excited, as he posted: “This has made my day. The #CarpoolKaraoke we just shot might be one of my favorite ever! I can’t wait for you to see it.

“@ArianaGrande is the real deal.”

Credit to Ariana not only for getting through Carpool Karaoke with an injury but also not letting it affect her enjoyment.

On the flip side, James recently revealed that Kanye West has cancelled on him three times – including once at the very last second, apparently costing the show $45,000.

The Late Late Show with James Corden airs on CBS in the US and on Sky One in the UK.

Ryots take up cudgels for counterparts sued by PepsiCo

Doctor Who series 11, episode 8 review: 'The Witchfinders' has a bit of magic about it