Anupam Kher also called it his 37th birthday in cinema while Saaransh director Mahesh Bhatt thanked his team on social media for creating the gem. 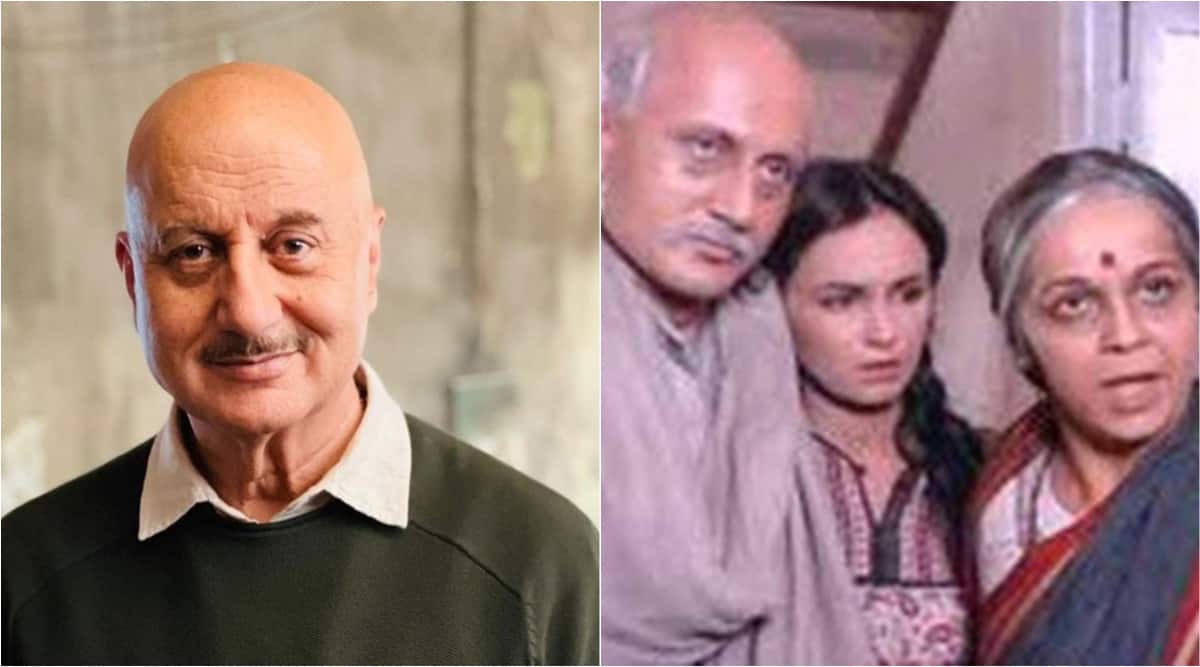 Anupam Kher’s debut film Saaransh has clocked 37 years today. Calling it his ’37th birthday in cinema’, the actor posted a video recreating a memorable scene from the film. He shared how his work in Saaransh was a result of all the struggle and pain he went through before bagging his first big project. Kher also mentioned how his performance in the Mahesh Bhatt directorial keeps the actor in him alive.

In the video, shared on his social media page, Kher said how he has done more than 500 films, however, he often has people telling them that none of his work is as good as Saaransh. He revealed that whenever he sees any of his work, he always feels he can do better, however, not with this film. Sharing insights around the iconic scene in the film where he goes to collect his dead son’s ashes, Kher mentioned that Mahesh Bhatt had warned him that he doesn’t want too many retakes. “I too did not want that and hence I started figuring out the emotions. I was in my twenties, not married, had no kid, I did not know how will I bring out  the character’s pain.”

Kher then went on to amaze his fans as he recreated the scene, proving his calibre as an actor. In tears after enacting the emotional scene, he then went on to share how he brought in all the struggle, taunts and insult he faced in that one scene. “I used to sleep on railway stations and struggle hard to find work. I took out all my experience and pain in that scene. And honestly, that scene has kept me alive as an actor.”

Thanking his fans for the love and respect he received over the years, Anupam Kher said that he hopes to continue doing more work. “It’s just the interval now. I have survived because of your love, and hope to do so for years,” he added.

Sharing that he is still around because of Saaransh, the actor captioned his IGTV writing, “When I started making this video I had no idea where will it go. I just started talking! And see what happened? My first film #Saaransh completes 37 years today. It was the best debut an actor could dream of. I was 28 playing a 65 year old teacher named #BVPradhan. Certain scenes are still part of my soul. I had no idea what will my fate after this film!! I just wanted to give my everything to it. If I am still around it is because #Saaransh was my first film. Thank you #BhattSaab for your faith and courage. Thank you @rajshrifilms for your belief. And most of all thank you my dearest audiences for your trust. Love and prayers always!🙏😍 #Happy37thBirthdayToActorAnupam #GodIsKind #BestDebutFilm #Gratitude #Humbling.”

Filmmaker Mahesh Bhatt on his part also celebrated the film completing 37 years with a social media post. Retweeting a social media page’s post around the film, the director wrote, “Mera anth hai, tumhara anth hai, magar jeevan…iska koi anth nahin. Yeh to anth hin hai….” These are the last lines from this enduring classic. Truth is ageless. Thank you @amitkhanna @AnupamPKher @Soni_Razdan Rohini Hattangadi and above all Raj Babu for this gem.”

Thugs of Hindostan box office: All the records broken on Day 1

Rani Mukerji unveils new project on 43rd birthday, Mrs. Chatterjee vs Norway: ‘A story of a mother’s battle against an entire country’

Jaya Bachchan slams those vilifying Bollywood, says they are ‘biting hands that feed them’