As Alia Bhatt enjoyed her time in the nature's lap, mother Soni Razdan and Rocky Aur Rani Ki Prem Kahani co-star Ranveer Singh had something special to tell her. 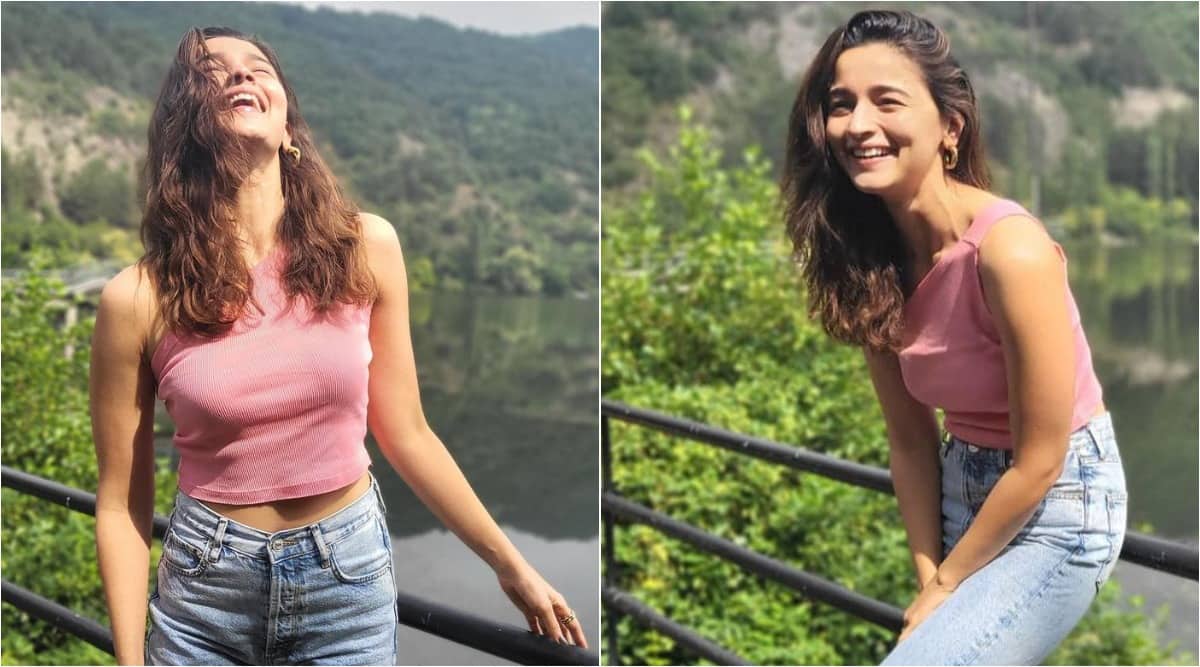 Trust Alia Bhatt to not just treat fans to stunning pictures but also share a life lesson along the way. In her recent post, the Raazi actor seems to be on the go when she halted to take some beautiful pictures. She captioned the photos, “We learn the way, on the way,” and added, “we also must take some pictures while we do so.”

Alia looked breathtaking in the photos as she enjoyed the sunshine. Dressed in a pink one-shouldered crop top and boyfriend jeans, the actor smiled candidly as the camera captured her.

While she did not reveal the location details, the pictures are gorgeously green. Alia was recently spotted at the Mumbai airport, and seems like she has taken off for a serene break from the bustle of the city.

Mommie Soni Razdan agreed to Alia’s caption as she replied on her daughter’s post, “Couldn’t agree more .” Her Gully Boy co-star Ranveer Singh also showered love on her post, as he replied with multiple heart emojis.

Alia and Ranveer are working together again in Karan Johar’s Rocky Aur Rani Ki Prem Kahani. The film also stars a stellar case of veteran actors — Dharmendra, Jaya Bachchan and Shabana Azmi. The team recently shared a video giving a glimpse of the sets, and also revealed Alia’s traditional look. The actor was dressed in Indian clothes with a red bindi on her forehead. Ranveer could be seen practising dance moves and also shooting a scene with Alia as Karan supervised.

“Too many feels to fit in a caption,” Alia Bhatt captioned the post, while KJo wrote, “The day is finally here & I have so many feelings going on in my head but what emerges at the top is – gratitude! As we begin our kahani ka first schedule, seeking all your pyaar & aashirvaad! It’s time to roll!Movie camera #RockyAurRaniKiPremKahani #RRKPK.”

Alia Bhatt is also awaiting the release of her films Brahmastra with beau Ranbir Kapoor and Sanjay Leela Bhansali’s Gangubai Kathiawadi. Fans are also waiting for her film Jee Le Zaraa to go on floors, which will see her teaming up with Priyanka Chopra and Katrina Kaif.

Vairamuthu on ‘Chekka Chivantha Vaanam’: ‘To find order in disorder is the biggest challenge in writing lyrics for a AR Rahman tune’