Raj Anadkat, who plays Tappu in Taarak Mehta Ka Ooltah Chashmah, remembered Ghanshyam Nayak aka Nattu Kaka and said that his dedication and hard work at such age was commendable. Nayak died on Sunday after battling cancer for a few months. 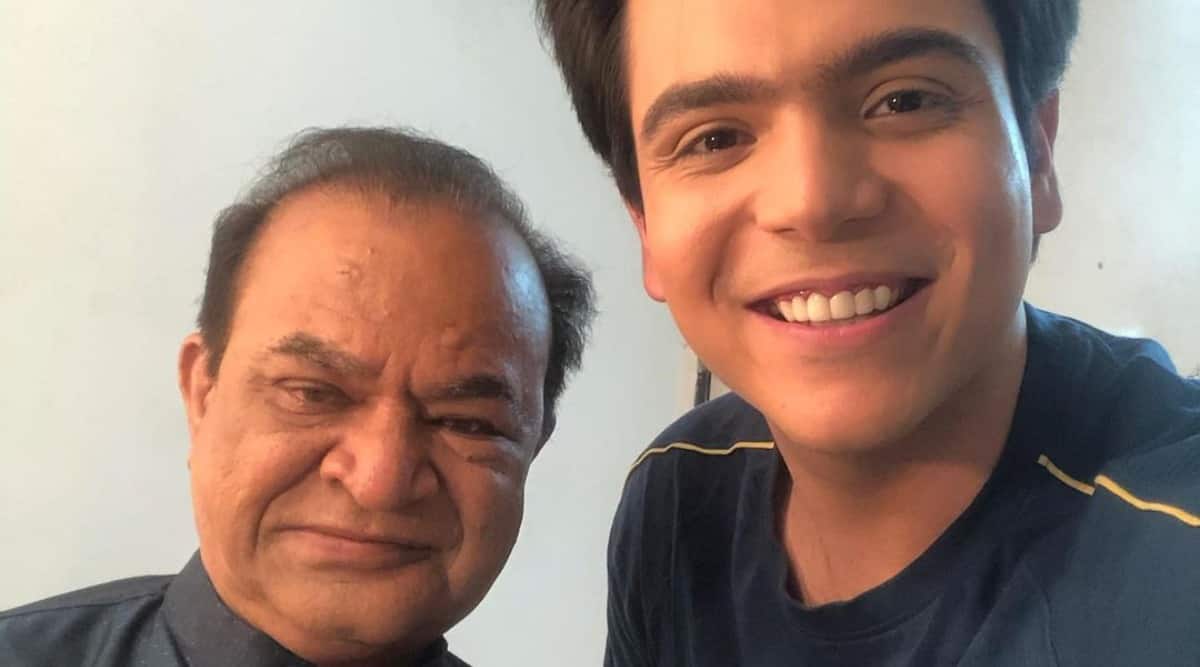 Taarak Mehta Ka Ooltah Chashmah actors are still reeling from the loss of Ghanshyam Nayak. The senior actor, who played Nattu Kaka in the sitcom, passed away on Sunday after battling cancer. While many of his co-stars were seen attending his funeral and condoling his death, others took to social media to pay their tribute.

Raj Anadkat, who plays Tappu in the show, penned a heartfelt note for Ghanshyam Nayak. Opening up about the time he met him after a long time on set, Raj shared how the senior actor was happy to be back to work. He added that he was dedicated and hard working.

“Me and kaka was sharing a make up and he had come on set after a long time . He entered the room and said ‘ aaav beta kem che’ I took his blessings and he was so happy coming back on set after so many days . He asked me about my family and said ‘ saras , bhagwan badhanu bhalu Kare’. His dedication and hard work at such age was commendable,” he wrote. Raj also added that he will never forget the anecdotes Ghanshyam used to share. “Kaka you will always be remembered Om Shanti,” he added.

Raj’s co-star Munmun Dutta too shared a long note talking about her association with Ghanshyam Nayak. The actor wrote how he treated him as a daughter. Munmun also revealed that when Nattu Kaka had resumed work after his chemotherapy sessions he had recited a couple of Sanskrit shlokas to prove he was doing better. She added, “We gave him a standing ovation on the set.”

Munmun further shared that the last year was tough on Nayak given his treatment, however, he wanted to keep working and staying positive. Sharing that she was blessed to have known him, the actor added that heaven just turned brighter having gained him.

Another co-star Tanmay Vekaria, who played Nattu Kaka’s nephew Baaga on the show, also spoke to the media and shared how the veteran artist was in a lot of pain recently. He shared how Nattu Kaka couldn’t even eat anything during the last few months, leading to him becoming temperamental.

“He was in a lot of pain since the last 2-3 months and I feel now he is in a better place. I would often speak to his son and he would tell me that he was in immense pain and had become cranky because of it. He was not able to gulp, eat or even drink water. He was going through a lot, so in a way now he is in the safe hands of God. May his soul rest in peace,” he told ETimes, adding that given he is recovering from malaria, he couldn’t even see him off.

Pune: Days after being discharged from hospital, traffic cop dies of Covid