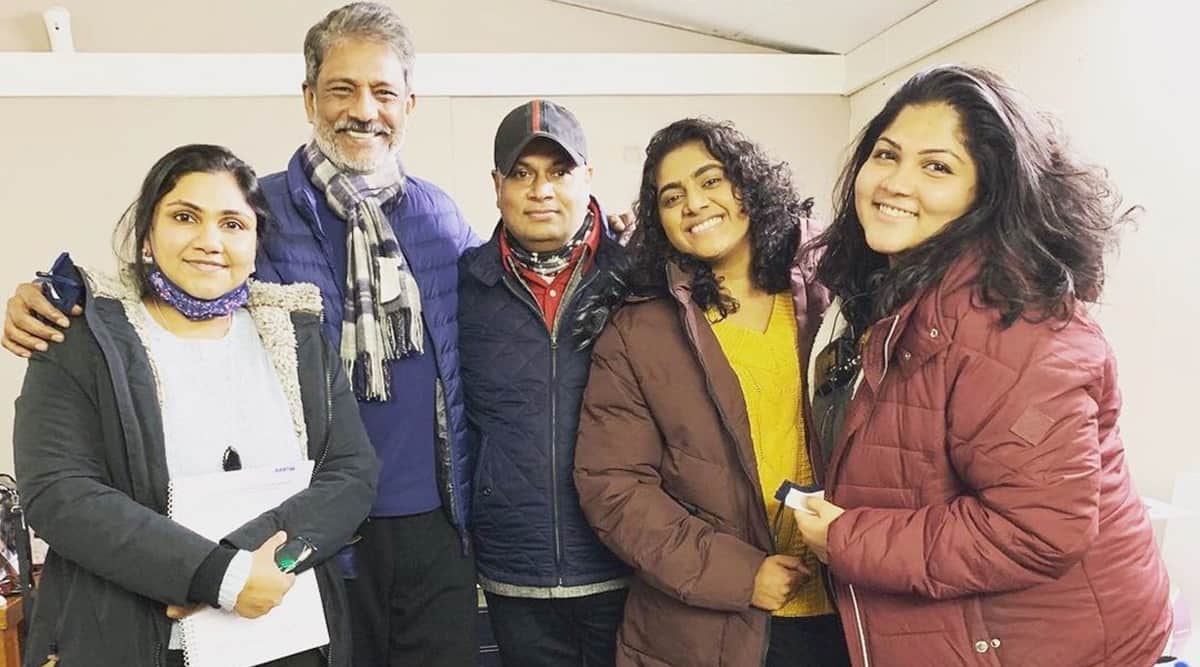 In the film, Hussain plays Raghu, an illegal immigrant living in the United Kingdom.

Hussain said he is always excited to team up with debutant directors as they put in all their passion in the project, which makes his journey as an actor special.

“Nathalia Syam has chosen ‘Foot Prints on Water’, a story written by her sister. Both sisters have seen a lot of what they have written and will be captured on camera. I am happy to work with Mohaan Nadaar as the producer.

“We are thinking of doing others projects in future again. Looking forward to shoot with Nimisha, Lena, Antonio and other amazing actors,” the Delhi Crime actor said in a statement.

Nathalia Syam said the first day of the shoot had an “exciting start”, where both, Hussian and Sajayan, were present.

“I am so grateful to have Adil onboard. I’m in awe of his attitude and support for us. Having our National Award-winning cinematographer, Alagappan N is truly a blessing for us too. We thank Mohaan Nadaar, who is like family to us, for this wonderful opportunity and support,” the director said.

Producer Nadaar said Hussain was the perfect choice to play Raghu, who he described as a “multi dimensional character.”

“This character represents the untold stories of many living amongst us. We have a stellar star cast of Antonio, Nimisha and Lena, it’s going to be a cracking film,” he added.

Hussain was recently seen in Praksh Jha’s drama Pareeksha, which released on ZEE5.

Prep begins in Mahabalipuram ahead of Modi-Xi meet